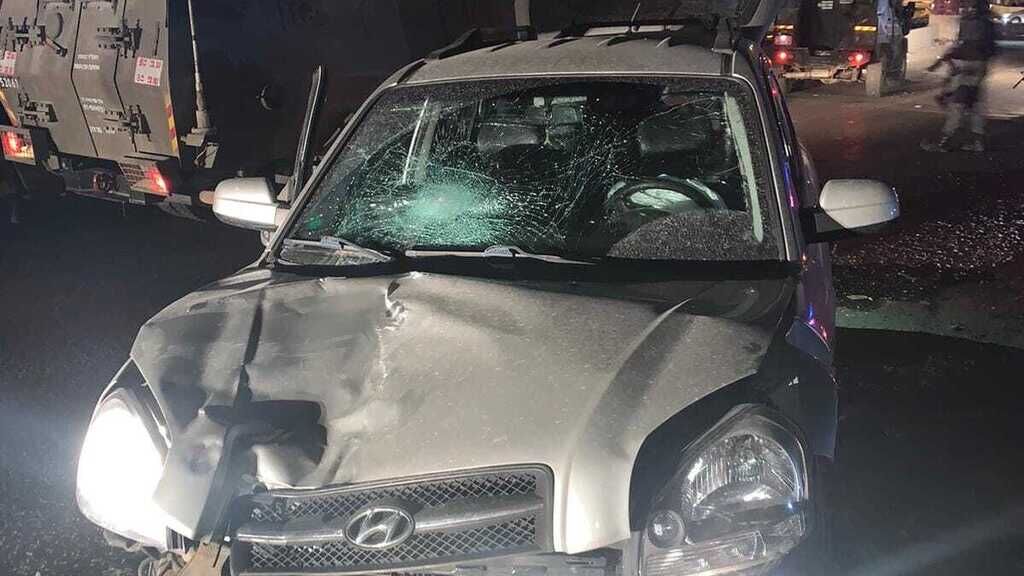 Security forces opened fire at the vehicle used in the attack, causing it to crash; the suspect, a 22-year-old Palestinian, was handed over to the Shin Bet for questioning.

A Israeli Border Police officer was seriously wounded on Wednesday night in what police are calling a terrorist attack at the Qalandia checkpoint near Jerusalem.

“During a Border Police night operation at Qalandiya, a suspicious individual approached the officers in a vehicle, accelerated toward them and hit one of the officers,” police said in a statement.

Other members of the unit opened fire at the vehicle as the suspect attempted to escape, causing it to crash against a barrier. The driver, a 22-year-old resident of Qalqilya, was taken to Hadassah Ein Kerem Hospital in fair condition to be treated for a head injury, according to Ynet. He was then handed over to the Israel Security Agency for questioning, police said.

“This attack is another reminder of the threats that exist in every operational activity and in every space in which we operate,” Jerusalem District Police Commander Doron Turgeman said, according to Ynet.

“The quick response and operational deployment of the officers in the field prevented additional injury to additional officers and led to a speedy end to the incident and the neutralization of the terrorist,” he added.

The wounded officer was treated on the scene by members of his unit, before being stabilized and evacuated to hospital by Magen David Adom paramedics.