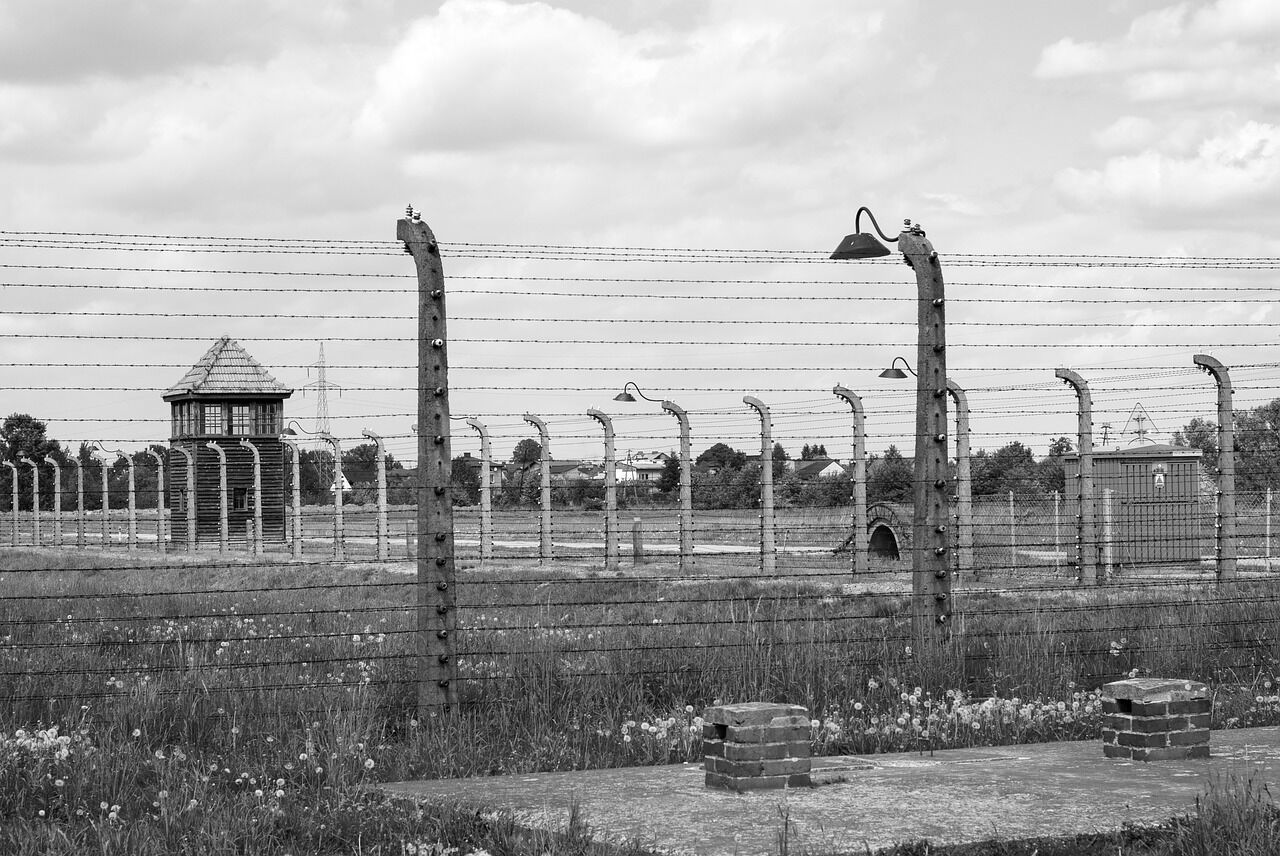 A high-school principal who refused to teach about the Holocaust lest it disturbs Holocaust-denying parents was reinstated last week with $152,000 back pay even though he has yet to admit his error. It may be that the offense of the black principal was more easily overlooked since Holocaust denial is defined by left-wing social justice organizations as a tact of the radical right.

PRINCIPAL: “NOT EVERYONE BELIEVES THE HOLOCAUST HAPPENED”

Last year, the mother of a student contacted William Latson, the principal of Spanish River High School in April 2018, asking whether the school was making Holocaust education a priority. Latson replied that the school had a “variety of activities” relating to the subject but Holocaust education was not mandatory as “we all have the same rights but not the same beliefs.” The school held a Holocaust assembly every year and “a days (sic) work the holocaust” for the tenth graders but students were not required to attend as “their (sic) are some parents who do not want their children to participate.”

The parent (who preferred to remain anonymous) was deeply disturbed that the letter implied that the principal considered the historicity of the Holocaust to be a “belief.” She inquired again to which Latson replied:

“Not everyone believes the Holocaust happened,” he wrote, according to email records obtained by The Palm Beach Post through a public records request. “And you have your thoughts, but we are a public school and not all of our parents have the same beliefs.”

He went on to say that as an educator he had “the role to be politically neutral but support all groups in the school.”

“I can’t say the Holocaust is a factual, historical event because I am not in a position to do so as a school district employee,” Latson wrote.

Spanish River High School is a 2,500-student campus west of Boca Raton, a community with a substantial Jewish population.

The school board issued an apology last year though Latson has never recanted his statement that the Holocaust is a “belief.”

At a hearing last February, Latson defended his statements, saying opinions on whether the Holocaust actually occurred are a “personal ideology” and that state law required him to show “tolerance” in dealing with them.

He explained that as an educator he had “the role to be politically neutral” and that he “can’t say the Holocaust is a factual, historical event.”

“That’s my personal ideology,” he explained at the administrative hearing. “Even though I believe the Holocaust existed, she didn’t have the right to ask me that information, and I had the right not to answer.”

“I am tolerant of those who did not believe the Holocaust happened at all,” he said. “I express it through not being confrontational with them. I’m not going to have any parent on my campus feel like they’re being attacked,” he said.

As a result of the exchange, Latson was fired last October on the grounds that he “failed to communicate effectively with school district supervisors in the days after his comments were publicly revealed.” In a farewell message to his staff, he blamed his dismisal on a “false statement” provided by the parent.

In the appeal before the school board last week to have Ltson reinstated, his lawyer, Thomas Elfers, explained his client’s motives:

“Two or three parents were Holocaust deniers; Dr. Latson was pressured by one mother to confront them, and he declined,” Elfers said. “Confronting parents about their beliefs was outside the scope of his duties.”

“After a century of contention between creationists and evolutionists, most educators have learned to teach the curriculum and to stay neutral,” Elfers continued.

Latson made a legal appeal to overturn his firing and in August, Judge Robert S. Cohen, an administrative law judge for Tallahassee, ruled that the school district failed to prove Latson ‘engaged in misconduct in office, incompetence or gross insubordination by a preponderance of the evidence’ and recommended his termination be overturned.

This ruling was accepted by a 4-3 vote by the Palm Beach County School Board last Wednesday and Latson was reinstated with $152,000 in back pay. Latson’s attorney released a statement insisting once more that the former principal was in the right to not take a stance on the Holocaust. Latson will not return to Spanish River or work on any other school campus. Instead will be placed in the district’s assessment department as a ‘principal on assignment.’

Opposing the vote to rehire him on Wednesday were Chairman Frank Barbieri and board members Karen Brill, the only Jewish board member, and Erica Whitfield.

‘I hope you understand Dr. Latson that this is on you and that you finally take accountability for your words and actions,’ Brill said during the meeting, as reported by the Miami Herald. ‘On behalf of the 17 million people who died in the Holocaust … I will not support the judge’s and superintendent’s recommendation.’

Denying or minimizing the Holocaust is described by the Southern Poverty Law Center, an organization that monitors hate groups, as “an essential manifestation of anti-Semitism.” The SPLC is a nonprofit legal advocacy organization specializing in civil rights and public interest litigation. The SPLC ascribes Holocaust denial exclusively to the radical right though this is clearly not the case with Latson, a black man. The SPLC has been heavily criticized for its list of hate groups which includes any groups that advocate against abortion, the formation of a Palestinian state inside Israel, or are critical of Islamists. This recent incident involving Latson raises the question of whether left-wing Holocaust deniers will be included in the SPLC list of hate groups.