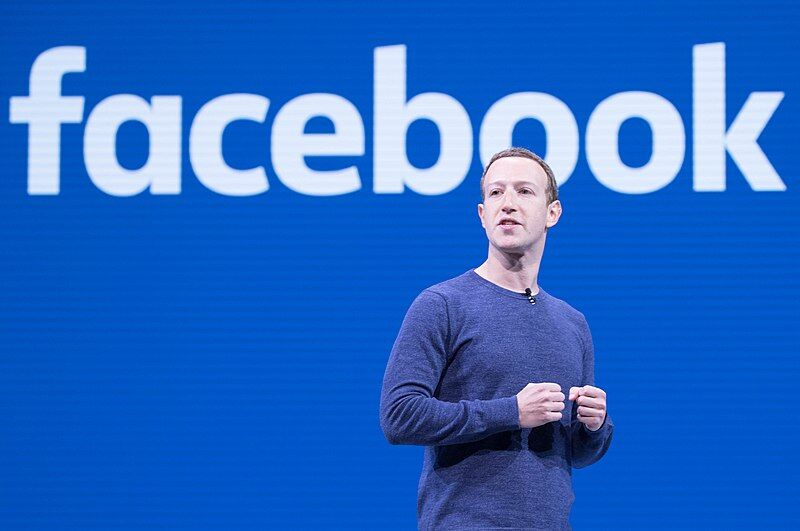 The time for a reckoning with the social media giants has arrived, and not only in the United States.

Earlier this week, Shibbolet Library, a new Israeli book publisher that specializes in conservative authors, launched a sales campaign on Facebook. The company invested approximately NIS 100,000 ($34,000) on Facebook ads to promote its book sales. Then suddenly, its account was blocked. The campaign was wrecked. The firm’s investment was lost.

Facebook, the corporate giant, replete with its anonymous workforce and inscrutable algorithms, scuppered the campaign with no prior warning or explanation.

Probably no explanation was necessary. This wasn’t Shibbolet’s first rodeo. Last April, Shibbolet Library launched another sales campaign on Facebook, at a cost of tens of thousands of shekels in Facebook ads. Then too, the nameless, faceless overlords of Facebook stopped the campaign in its tracks by freezing the firm’s Facebook account.

“It’s actually a bit Kafkaesque to say I appealed because I was never told what I was appealing. We were just selling books. We’re locked down with the coronavirus. All the bookstores were closed. Facebook sales were and remain the most direct way for us to keep our business afloat and sell our books. What legitimate problem could Facebook possibly have with our efforts?”

After Sela’s seventh appeal, he was informed that Facebook had decided to permanently freeze Shibbolet’s account. Why? Why bother asking? No one was answering.

Given Facebook’s dominance of online markets, Shibbolet opened a new account, reluctantly forced to accept that it had lost all the client information stored on its previous, now permanently frozen account.

It was with the new account that Shibbolet launched its new campaign—only to be blocked once again.

Facebook’s action this week against Shibbolet of course did not happen in a vacuum. Facebook shut down Shibbolet at the height of the storm in the United States over draconian steps that Facebook and Twitter took to block users’ access to the blockbuster stories the New York Post published last week detailing the contents of emails from Democratic presidential nominee Joe Biden’s son Hunter Biden’s computer. The emails, many of which have since been authenticated and none of which have been denied by either Hunter Biden or the Biden campaign, gave weight to previous allegations that during his tenure as vice president, Biden used his position to enrich his family members through shady deals with Ukrainian and Chinese business interests.

Twitter blocked the New York Post‘s account and froze accounts of users who shared the Post‘s articles both on their public feed and in private messages. Facebook shadowbanned the articles, blocking its users from reading them.

Many observers, particularly in Israel, were nonplussed by the shock that greeted Facebook’s and Twitter’s aggressive efforts to censor the New York Post articles. To them, it seemed like business as usual. Israeli right-wingers and conservatives have long suffered from viewpoint discrimination, whether by the traditional media, the legal fraternity or social media.

After a years’ long campaign of demonization by the Israeli Left, in 2002, Israel’s Supreme Court ordered the closure of the Arutz 7 radio station. At the time, Arutz 7 was the only non-leftist broadcast outlet in Israel. In 2014, 43 members of Knesset voted in favor of the notorious “Israel Hayom law.” The purpose of the law was to shut down the largest-circulation daily in Israel. Israel Hayom was targeted due to its non-leftist editorial policy. To block the passage of the law, Prime Minister Benjamin Netanyahu felt compelled to dissolve the Knesset and call early elections.

Last year, Attorney General Avichai Mandelblit took leftist censorship a giant leap forward. Without legal basis, he redefined bribery to include the proffering of positive coverage to right-wing politicians and used this new and unfounded definition of bribery as a basis to indict Netanyahu.

As for social media giants, for years Israeli conservatives and right-wing politicians and activists have shared how Google, Facebook, Twitter and YouTube have limited their reach and their ability to earn money online. Writers (including this one) and politicians have experienced shadowbanning of their posts, demonetizing of their Facebook and YouTube accounts and removal of Google ads from their websites.

But jaded Israeli right-wingers are wrong. There is something new—and ominous—happening. The New York Post isn’t a blogger. It is a major newspaper. And for over a week, its Twitter account, with more than a million followers, has been shut down. Shibbolet doesn’t organize protests. It publishes books by authors like Peggy Noonan and James Q. Wilson. By targeting them for censorship and de-platforming, Facebook and Twitter made clear that they aren’t worried about public safety or health. They seek to squelch conservatism and all significant challenges to leftist power. And with their commanding dominance of information flow throughout the world, their naked determination to silence these voices manifests a clear and present danger to the freedom of societies.

Although it may go without saying, it bears noting just how disillusioning all of this is.

Since the advent of the internet, and certainly since it became the dominant means of both global and local communications, conservatives greeted its rise with glee and relief. This was nowhere truer than in Israel. Israeli rightists saw the internet and the social media platforms that came to dominate it as their salvation.

True, the broadcast media and the vast majority of print media in the country are dominated by the left. True, all efforts to privatize public broadcasting radio and television stations entirely dominated by the left have failed. But the internet, Israeli conservatives said, would level the playing field, finally.

With platforms like Facebook, everyone from Netanyahu to the Council of Jewish Communities in Judea and Samaria was convinced that the left’s longstanding stranglehold on the media was finally over. Right-wing and conservative Israelis could share their ideas and inform the public of their actions directly without the filter of the hostile media.

But the shocking censorship of the New York Post in America on the one hand, and a little conservative publishing house in Israel on the other, are clear signs that the party is over. Regardless of who wins the U.S. presidential election next month, the Rubicon has been crossed. The cat is out of the bag. The mask is off. Unless they are reined in, Facebook, Twitter, Google, YouTube and their subsidiaries will push forward with more and more draconian limitations on the flow of information that deviates from their ideological and fiduciary interests.

While this is a positive development, it isn’t a business model. Conservative businesses—and business owners—cannot build their commercial model around faith that lawmakers will defend them on Twitter or that the trillion-dollar conglomerates will long care what lawmakers say or do.

Recognizing the dimension of the threat, on Wednesday Halevy initiated Knesset action on the issue. He submitted a bill titled, “Social Media Responsibility for Content Published on its Platforms.”

Halevy’s bill also requires companies that interfere with the content of its platforms to operate in a transparent way. They would be required to explain precisely what sort of content they censor. And they would be required to publish annual reports delineating precisely which posts they censored and why. Users would be notified before the companies take action against their content and be given an opportunity to defend themselves.

President Donald Trump and prominent Republican lawmakers have pledged to take similar action against Facebook, Twitter and other social media giants after the election. The Department of Justice filed an antitrust lawsuit against Google earlier this week.

These initiatives are critical. And they shouldn’t stand on their own. They should rather be the first shots of a concerted campaign to limit the power of these gargantuan companies that control nearly all global information.

Freedom of expression and the free flow of information are the foundations of free societies. Rather than use their unprecedented power to secure both, social media giants are manipulating information and censoring speech with a power that no one could have fathomed just 20 years ago. Optimism and hope for their positive potential blinded many of us to their actual dangers. The time has come to take on this new and pernicious threat to the future of free nations and free people.

Caroline Glick is an award-winning columnist and author of “The Israeli Solution: A One-State Plan for Peace in the Middle East.”