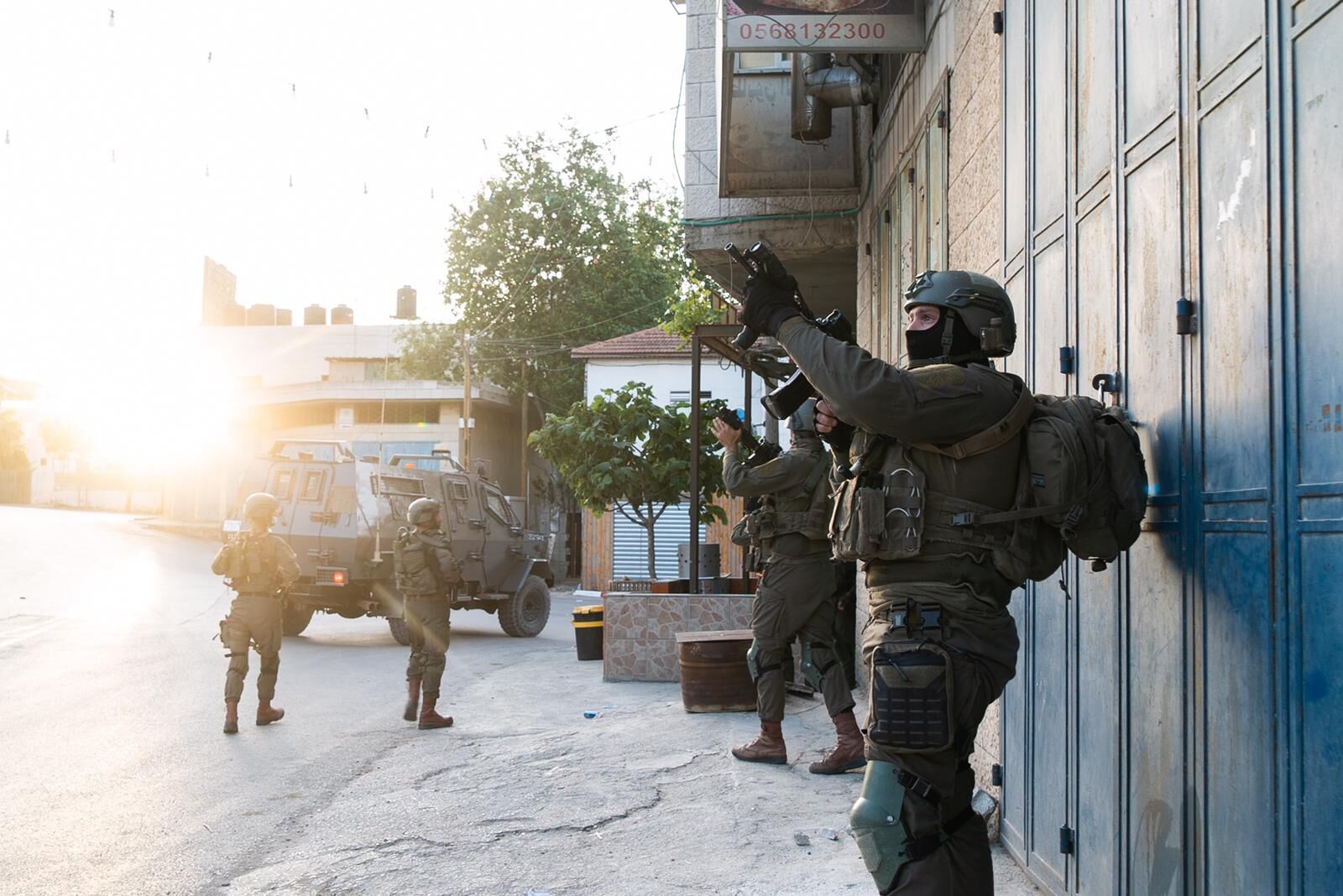 The car used in the attack was also confiscated, according to the Israeli military.

Israeli security forces apprehended a number of Palestinian suspects early on Tuesday in connection with a drive-by shooting on Sunday in which three Israelis were wounded, the Israeli military said in a statement. The vehicle used in the shooting was also confiscated.

The vehicle was located on Monday in the village of Aqraba in Samaria. According to Israel’s Channel 12, Israeli security forces believe the vehicle belongs to a Hamas member who lives in the village.

When Israeli forces arrived at Aqraba to secure the vehicle, clashes broke out with local Palestinians, who managed to set it alight, according to Israeli media reports.

Three Israeli civilians were injured in Sunday’s attack at Tapuach Junction, near the city of Ariel in Samaria. Israeli soldiers on the scene returned fire, striking the vehicle, but not the gunman.

One of the victims was in critical condition on Monday, while a second is in serious condition. The third sustained light injuries, and has since been released from hospital, Israel Hayom reported on Tuesday. All three were hospitalized at the Beilinson Medical Center in Petah Tikva.

IDF Chief of Staff Lt. Gen. Avivi Kochavi, who visited the scene of the terror attack on Monday, stated, “The IDF is doing everything necessary to protect our citizens and ensure stability during a volatile and challenging period. The response to the event was good, but the results were not good enough. We would have liked a different result—that one of the seven bullets fired had killed the terrorist.”

He added, “We have reinforced troops in the area and will continue to operate to thwart terrorism.”

The Israel Defense Forces, together with the Shin Bet intelligence agency and the Israel Police’s elite Counter-Terrorism Unit, continues to hunt for those responsible for the attack.

Caption: IDF forces search a West Bank village as part of a manhunt for the perpetrators of a drive-by shooting at Tapuach Junction near Ariel on Sunday, on May 4, 2021.
Credit: Israel Defense Forces.