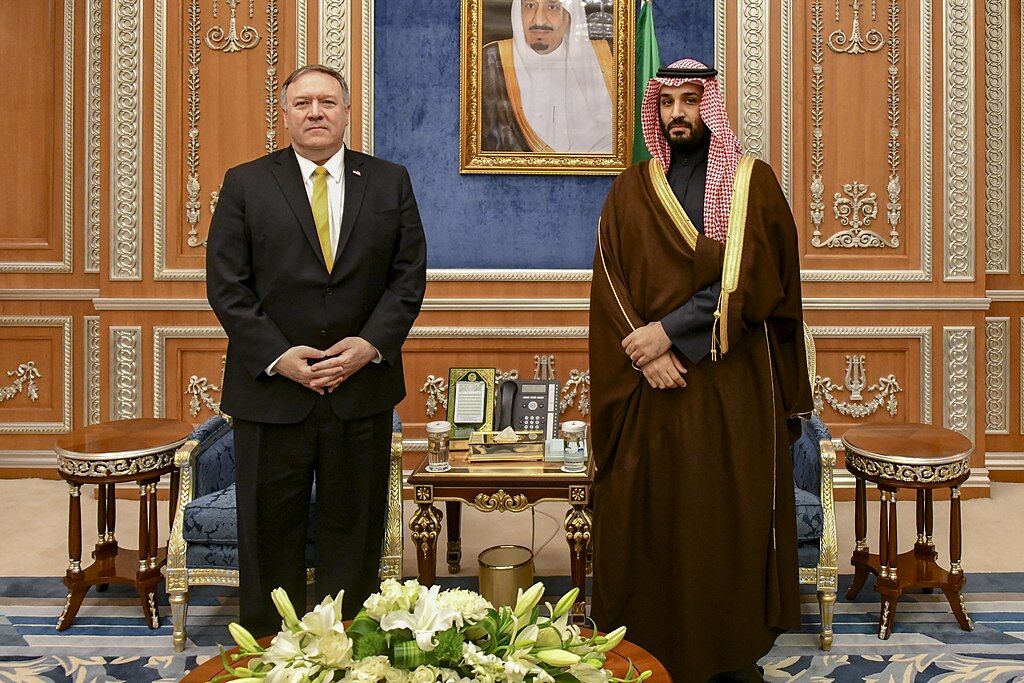 The changing Arab attitudes towards Israel that are taking place in the Middle East are being noticed, especially when it comes to Saudi Arabia, which Arab states look to for its leading role in setting public opinion across the region, the Washington Post noted Tuesday.

Although the government in Riyadh has not commented directly on the historic Abraham Accords, which its neighbors Bahrain and the United Arab Emirates used to establish diplomatic relations with Israel, the media in Saudi Arabia has changed its attitude towards Israel dramatically, wrote the Post‘s Middle East Correspondent Sarah Dadouch.

Recent changes show a softening Saudi tone towards not just Israel, but also the Jewish religion. At the same time, relations between the Kingdom and the Palestinian Authority are deteriorating.

The attitude change was clear when the country’s largest English-language newspaper, the Arab News, ran an editorial “welcoming the UAE’s new ties with Israel.”

The UAE and Bahrain establishing their own peace deals with Israel also bypassed the long-standing Saudi demand that Israel accept the Arab Peace Initiative it originally proposed in 2002 under which the Arab nations would recognize Israel only after it made peace with the Palestinians.

With all media in Saudi Arabia tightly controlled by the government, the Arab News editorial said Israel made a solution difficult, but also openly criticized the Palestinian leadership for making things harder on themselves “every time they turn away from the negotiating table.”

Dadouch noted that such wording “would have previously been unimaginable and provided new insights into the thinking of the country’s rulers.”

In a three-part interview last week on the Saudi al-Arabiya television station, a senior Saudi official, Prince Bandar bin Sultan, launched a tirade at the Palestinian leadership for being “failures” and rejecting each offer that was made to them.

Bandar’s comments were only widely reported in Western media, but the “denunciation” of the Palestinian leadership was also covered widely in Saudi Arabia.

The Post noted in contrast that little Saudi coverage was given to an interview in a UAE newspaper with Prince Turki al-Faisal, a senior Saudi intelligence official who was more critical of Israel.

A senior analyst of Gulf Arab geopolitics said Saudi media is sending a clear positive signal about the new Saudi position on normalization with Israel following the singing of the Abraham Accords at the White House last month.

“It reflects state tone and policy. Overwhelmingly, the tone of the media was celebratory of the agreement,” said Elham Fakhro of the International Crisis Group.

After feeling the negative influence of the Al Jazeera network, which is based in neighboring Qatar, the Saudis realized they had to back up their traditional diplomatic clout and have their own media footprint in the Arab world to gain influence.

“Amid a bitter regional dispute that has pit Saudi Arabia, the UAE and other Arab countries against Qatar, Saudi Arabia has begun to raise its media game,” wrote Dadouch.

“I think they all learned from the lessons of Al Jazeera,” said Fakhro, “that this is a very effective way to increase your soft power and messaging.”

“There is a concerted policy from the Saudi state to transform local perceptions of both Judaism and the state of Israel, possibly to pave the way for a future [peace] agreement,” Fakhro said.

The main push behind the changing Saudi attitude is attributed to Crown Prince Mohammed bin Salman, the King Salman’s son who is expected to eventually take over the kingdom from his aging father.

Dadouch noted that the prince “has publicly acknowledged the right of Israelis to live in their own land along with the Palestinians,” while his father has always played the traditional pro-Palestinian card.

While the official Saudi position towards Israel has not yet changed, it has been a well-known secret that the two countries have maintained contacts for years.

“The [normalization] brings into the open one of the Middle East’s worst-kept secrets, transforming a quiet but steadily growing alliance into an overt one,” Fakhro told the Post.