Health | National
AN EYEWITNESS REPORT OF A ‘WOW’ EXPERIENCE 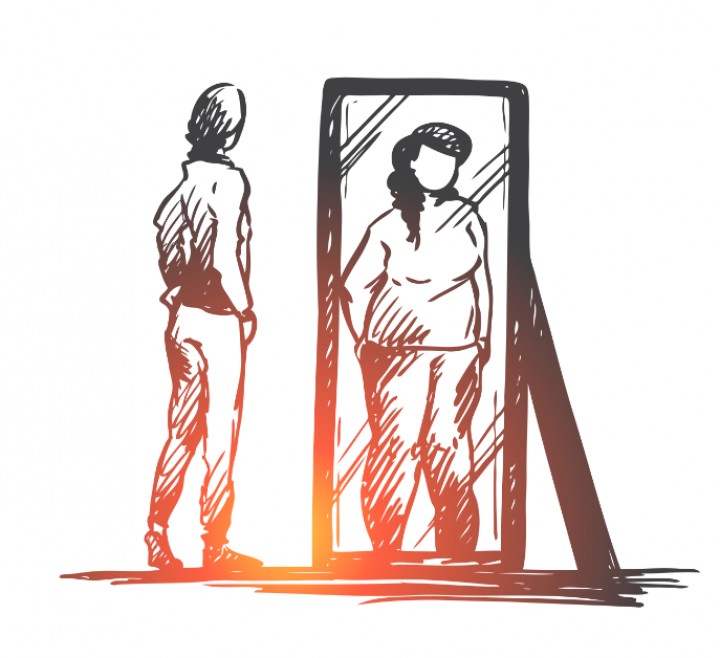 THE STORY OF ‘M’–AN EYEWITNESS REPORT OF A ‘WOW’ EXPERIENCE

My recent visit to MAAYANEI HAYESHUA Eating Disorders Unit can be described as nothing short of extraordinary.I was part of a truly ‘WOW’ – transformational experience.I met a young woman – let’s call her ‘M’ to protect her privacy – who has been an in-patient in this program for just over a year. When I arrived with Chaim Fachler (MAYANEI HAYESHUA’s International Director of Development), ‘M’ was anxiously waiting to speak with him. Although she’s nearly 21 years old, my immediate impression - ‘M’ was a young – 14 or 15 year old - teenager. Her adolescent slenderness coupled with her wide-eyed, highly exuberant, ‘perpetual motion’ demeanor made her seem much younger then she actually is.‘M’ looked and in some ways acted as if she is on the cusp on adulthood rather than being virtually an adult.Apparently, several days earlier, during her visit with her parents, ‘M’ made the decision that she wanted to start to ‘give back to MAYANEI HAYESHUA’ for all that happened to her in the Eating Disorders program.During the course of this visit, Chaim was also on the floor and when ‘M’ understood his role in the hospital she told him she wanted to‘do something very meaningful’ so that MAYANEI HAYESHUA could help other young people in the same way they are helping her'.Chaim told her he’d be back in a few days and continue this conversation.

Rolling tape forward, a few days later, I entered the Eating Disorders Unit with Chaim. As soon as ‘M’ spotted him she became very excited.She told him (and the Staff confirmed) she’d been waiting to speak with him about how she could help fundraise for MAYANEI HAYESHUA.Very interestingly, when Chaim introduced me to ‘M’ as a ‘fellow American’ who had also made Aliyah fairly recently, ‘M’ was very comfortable with the idea that I would hear all that she had to say.This is where the ‘WOW’ factor started to kick in.It was lunchtime in an Eating Disorders Unit – in and of itself – a happening.‘M’ apologized for being the only one eating but said – ‘it’s lunchtime. I’m hungry.I hope it’s OK that I’m eating and you’re not’.The amazing ramifications of her statement did not escape me.Until fairly recently, this was a young woman who was repulsed by the idea of eating.She had done everything in her power to avoid eating or else somehow rid her body of the calories she had ingested.Now ‘M’ says ‘I’m hungry’.Amazing!Wow! As she enthusiastically ate a bowl of (dry) crunchy American cereal and sipped milk through a straw she proceeded to tell her story.

‘M’ is the fifth of twelve children.She grew up in a Charedi family in the New York Metro area.Approximately at the onset of adolescence or even a bit before, ‘M’ recalls wanting to die.She made serious suicide attempts.As she ate her cereal and sipped her milk, ‘M’, in a fairly matter of fact manner, talked about cutting herself, stabbing herself with anything that might penetrate and cause harm – whether knives or pencils or any sharp objects.‘M’ talked of the ‘terrible things I did to my parents and to my siblings’ and then added ‘they kept on loving me.I don’t know why but they kept on loving me’.‘M’ remembered ‘throwing things to really hurt my parents’, her verbal abuse and ‘Ilocked myself in my room for hours and hours while my parents and siblings kept begging me not to hurt myself…They kept loving me and I couldn’t understand why’.‘M’ did her best to ‘never eat anything’ but if she did, apparently her way of dealing with food was primarily to do excessive exercise.She would literally run back and forth and jump up and down for hours and hours.

‘M’ talked about her parents taking her to ‘doctors’ and to ‘programs’ but nothing changed the way she felt about herself – about being better off dead – or the way she behaved.  At some point, ‘M’s parents made the decision to move to Israel in the hopes of finding treatment that could effectively treat their beloved daughter. Unfortunately (perhaps predictably), after her parents took her and her unmarried siblings to Israel, ‘M’’s behavior became even more overtly hostile and self abusing. ‘M’ recalls screaming at her father and telling him how much she hated him and how she wished he would die. She also recalls being more and more anxious to find ways to kill herself.  On one of the last occasions before she entered the brand new MAYANEI HAYESHUA Eating Disorders Unit, M swallowed enough pills to render herself unconcscious.  She was taken to a very well known Jerusalem Medical Center with ‘supposedly the best psychiatriatic staff in Israel’. ‘M’ described how after she regained consciousness ‘they kept me for a few more days, until my numbers were stable and then they sent me home.’  ‘M’ continued to say ‘obviously they didn’t care at all about me.  All they cared about was that my lab numbers were good enough for me to go home so they had an available bed for somebody else’.

‘M’ didn’t clarify how she initally came to the MAYANEI HAYESHUA Eating Disorder Unit.Noting however thatshe’s beenin-patient for nearly two years – virtually since the inception of the Unit’s existence, it’s been a long road.Bottom-line however, ‘M’ has clearly made amazing progress.In her own words, ‘it took time but every so often I would wake up with new very clear and important thoughts’.One especially ‘important thought’ ‘M’ expressed – literally:

One day I realized, the MAYANEI HAYESHUA Staff cares much more about me than I care about myself’.

As ‘M’ describes it , this was a breakthrough insight.She never before had this feeling.She started to believe, little by little,‘there’s something about me that’s worthwhile’ and this is why ‘my parents and my siblings continued to love me’. The consistently caring attitude of the MAYANEI HAYESHUA staff surrounding every aspect of treatment was a big part of what allowed ‘M’ to become consciously accepting of the fact that‘something terrible that happened to me when I was about8 years old and this is why I was so afraid of and hated all men, including my father.’ It is the consistently caring attitude of the MAYANEI HAYESHUA staff which is at the root of why ‘M’ expresses the desire to ‘not hurt myself anymore – to do all that it takes to make myself physically and emotionally strong’. So too, apparently the consistently caring attitude of the MAYANEI HAYESHUA staff is of critical importance as to why ‘M’ is developing a positive sense of self-esteem and allows herself to believe that a positive future lies ahead for her. Perhaps most importantly, ‘M’ understands she has more to do before she re-enters the ‘real world’ but she attributes her new found belief in herself and her desire to ‘do good things’ for her family and for the world to the consistently caring treatment she has received in the MAYANEI HAYESHUA Eating Disorders Program.