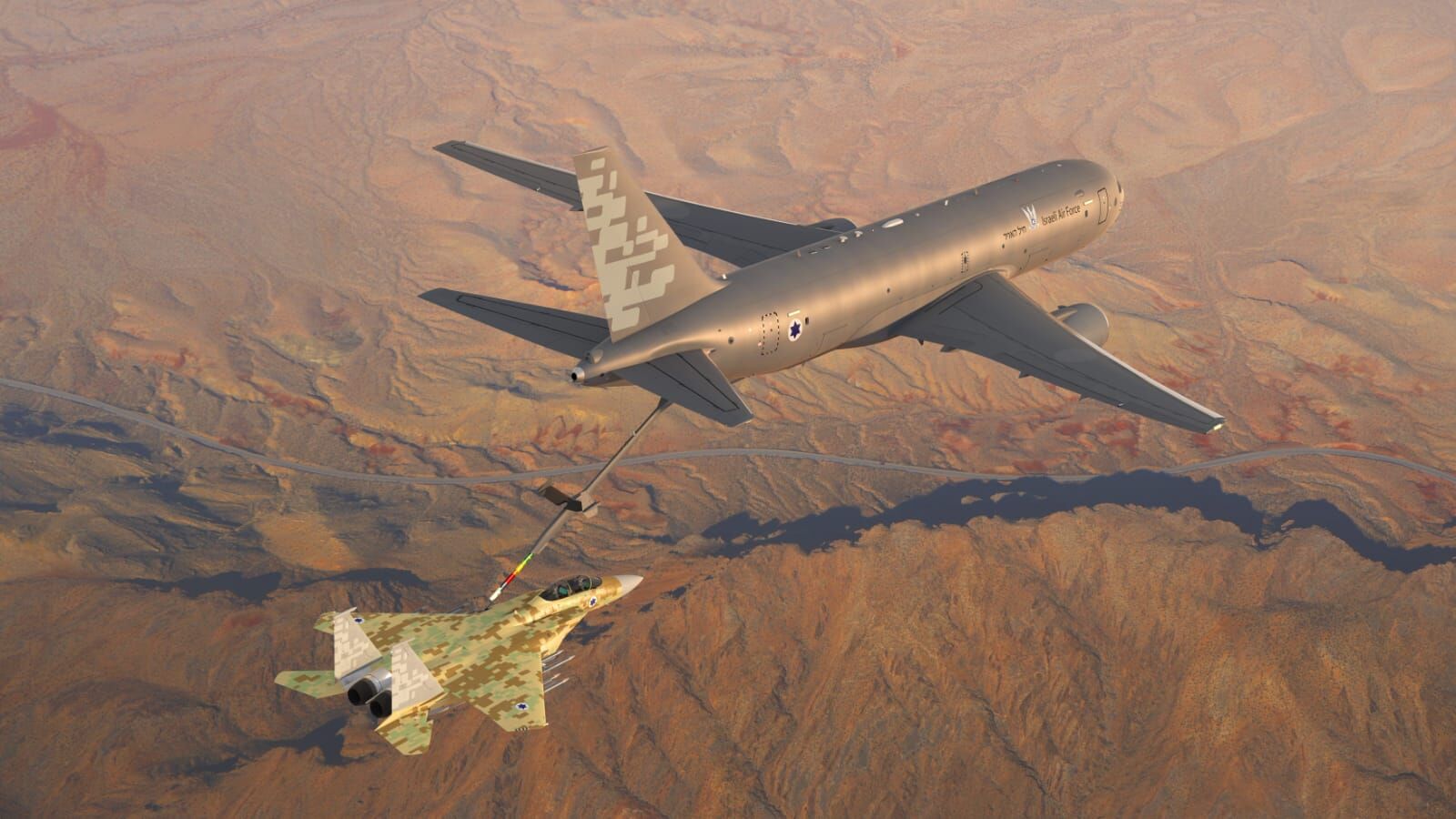 The planes, the first of a planned fleet of eight, are part of a $9 billion procurement drive that will include a third F-35 squadron, advanced munitions and more.

The Letter of Offer and Acceptance (LOA) signed by IDF Brig. Gen. (res.), Mishel Ben-Baruch kicks off a $9 billion procurement drive approved by Israel’s Cabinet on Feb. 7. The aircraft, the first of a planned fleet of eight, are to be manufactured by the Boeing Corporation but fitted with unique Israeli systems in accordance with the operational requirements of the Israeli Air Force.

A LOA is a government-to-government agreement that specifies the items and services to be provided and an estimated cost and timeframe for doing so.

The first KC-46 is expected to arrive in Israel by 2025. The cost of the tanker fleet is estimated at $2.4 billion.

Israeli Defense Minister Benny Gantz welcomed the agreement, which he called “critical at this point in time.”

The IDF procurement plan “is a cornerstone of the IDF’s security concept,” said Gantz, who thanked “our great friend the United States” for supporting Israel “on all levels.”

Israel would continue to work on agreements with the United States to enable the Israeli military to “move forward with the missions facing us in the various arenas, near and far, at sea, in the air, on land and in cyberspace,” said Gantz.

Caption: Tanker jet manufactured by Boeing, which the Israeli military will be acquiring. Credit: Boeing.