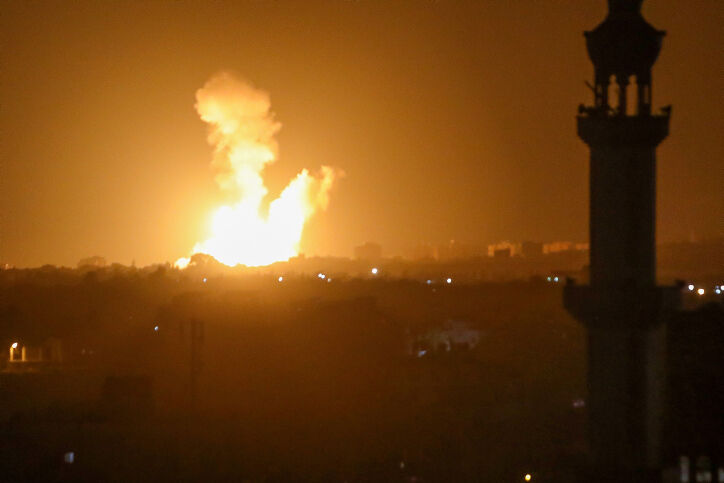 Israel warplanes struck terror targets in the Gaza Strip for the second time in as many weeks after Israel’s Iron Dome downed a rocket that triggered sirens in Gaza-envelope communities.

Israeli fighter jets struck Hamas targets in the Gaza Strip on Saturday after terrorists in Gaza fired a rocket into Israeli territory.

The rocket, which was launched from Gaza just before 9:30 p.m. on Saturday, was intercepted by Israel’s Iron Dome air defense system. The launch triggered sirens in Sderot and the Sha’ar Hanegev Regional Council area.

“The IDF will not accept a situation in which terrorist organizations act against Israeli civilians” and holds Hamas accountable for all attacks emanating from Gaza, the IDF said in a statement.

The Israeli strike was the second in Gaza in as many weeks. On Sept. 7, Israeli warplanes attacked Hamas targets in the Strip in response to the launching of incendiary devices into Israeli territory.

However, Hamas has stepped up attacks against Israel, including the launching of rockets, incendiary balloons and renewed riots along the Gaza border, one of which claimed the life of an Israeli Border Police officer.

Caption: An Israeli airstrike in Khan Yunis, in the southern Gaza Strip, on Aug. 23, 2021. Photo by Abed Rahim Khatib/Flash90.