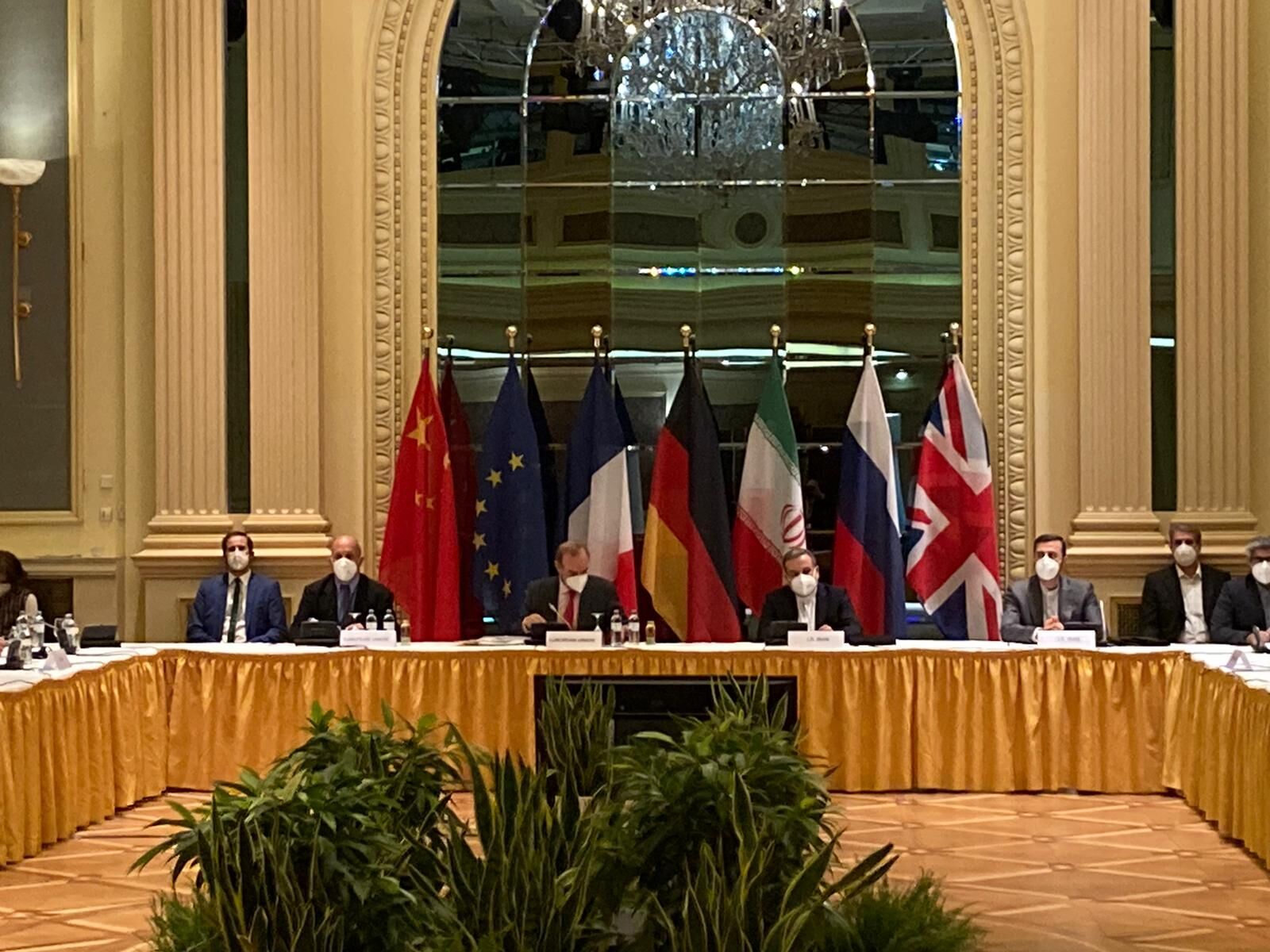 Hopes of a breakthrough are reportedly slim, with Western powers growing “increasingly frustrated” • Israeli premier calls on the world not to give in to Iran’s “nuclear blackmail.”

Talks between Iran and world powers around a return to the 2015 Joint Comprehensive Plan of Action (JCPOA) were set to resume on Monday in Vienna.

However, after a hiatus of five months since the last round of talks, hopes of a breakthrough are reportedly slim, with Western powers growing “increasingly frustrated” at what they say are Tehran’s “unrealistic” demands, Reuters reported.

Among those demands is that the United States and European Union lift all sanctions imposed since 2017, including those not related to Iran’s nuclear program, Reuters reported, citing an unnamed source.

“Our demands are clear. Other parties and especially Americans should decide whether they want this deal to be revived or not. They abandoned the pact, so they should return to it and lift all sanctions,” an Iranian official close to the talks told Reuters.

The United States unilaterally exited the JCPOA in 2018 under President Donald Trump.

In the most recent sign of Iranian intransigence, last week United Nations nuclear watchdog head Rafael Grossi failed to convince Tehran regarding the resumption of monitoring at its nuclear sites.

While the Biden administration desires a return to the nuclear deal, the United States has been signaling unwillingness to accede to Iran’s demands.

“If Iran thinks it can use this time to build more leverage and then come back and say they want something better, it simply won’t work. We and our partners won’t go for it,” United States Special Representative for Iran Robert Malley said on Saturday, according to Reuters.

Diplomats claim time is running out to salvage the deal.

“We are getting close to a point at which returning to compliance with the JCPOA will not in and of itself recapture the benefits of the JCPOA, and that’s because Iran has been using this time to advance its nuclear program in a variety of ways,” said Secretary of State Antony Blinken last month following a meeting in Washington, D.C. with Israeli Foreign Minister Yair Lapid and United Arab Emirates Foreign Minister Sheikh Abdullah Bin Zayed Al Nahyan.

The United States also suggested last week that military options are on the table should talks fail. Gen. Kenneth McKenzie, commander of U.S. Central Command, told TIME magazine, “The diplomats are in the lead on this, but Central Command always has a variety of plans that we could execute, if directed.”

Israeli Prime Minister Naftali Bennett warned on Monday that Iran has no intention of abandoning its drive toward nuclear weapons.

“Today, Iran will be arriving at negotiations in Vienna with a clear goal: To end sanctions in exchange for almost nothing. Iran won’t just keep its nuclear program; from today, they’ll be getting paid for it,” said Bennett in a statement.

Iran, said Bennett, was not even trying to hide its intentions.

“Just a couple of days ago, [a] senior commander of Iran’s Armed Forces declared, and I quote, ‘We will not back off from the annihilation of Israel, not even one millimeter,'” he said.

Bennet was referring to comments made by Abolfazl Shekarchi, the chief spokesman of Iran’s armed forces, to Iran’s state-owned Iranian Students News Agency on Saturday.

Bennett went on to state that “Just this week, the Iranian regime shot its own people on the streets of Isfahan for having dared to protest the lack of water in their country. Yes, they shot their own citizens just for being thirsty.”

Despite its brutality and declared aims, said Bennett, there were those that believed the Iranian regime should be rewarded.

“Despite Iran’s violations and undermining of the nuclear inspections, Iran will be arriving at the negotiation table in Vienna, and there are those who think they deserve to have their sanctions removed and hundreds of billions of dollars poured right into their rotten regime. They’re wrong.

“Iran deserves no rewards, no bargain deals and no sanctions relief in return for their brutality. I call upon our allies around the world: Do not give in to Iran’s nuclear blackmail.”

Caption: The Joint Commission of the Joint Comprehensive Plan of Action (JCPOA) meeting in Vienna on April 20, 2021.
Source: Enrique Mora/Twitter.