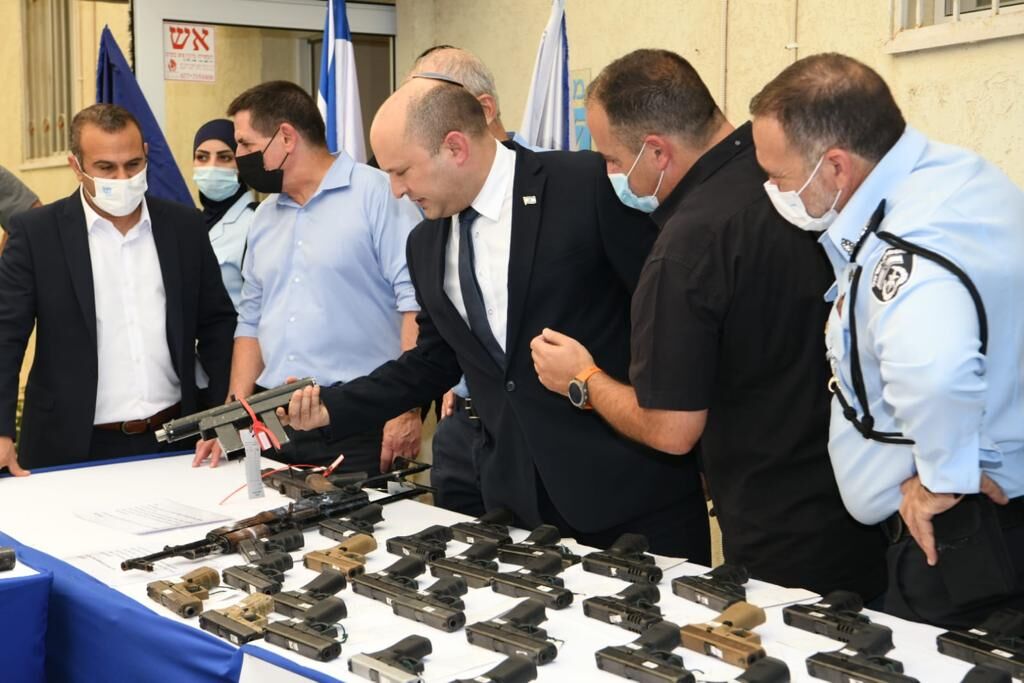 Police have seized hundreds of weapons, including dozens of grenades and explosives • Arab community cooperating with police efforts, officials say.

Following three months of intensive efforts to rein in crime in the Arab sector, senior Israel Police officials said on Tuesday that 98 Arab Israeli criminals from three crime organizations had been taken off the street.

According to Israel Police data, since the operation’s launch in Oct. 2021, 243 suspects have been arrested and indictments have been filed against 98 of the 243 targets.

The vast majority of illegal weapons seized by police were located in Arab Israeli communities. They were found in a variety of locations, including in private residences, businesses, inside cars, in hidden locations, on persons’ bodies, as well as hidden underground. Over 60 assets were seized, and hundreds of investigations were opened over various offenses.

On Tuesday morning, six suspects were arrested on suspicion of racketeering, fraud and money laundering.

Senior Israel Police official Dror Asraf said the operation was having a significant impact “on crime on the Arab street and leading to a significant decrease in the volume of violent crimes, racketeering, and shootings.”

He noted a change in perception on the Arab street, which he said was cooperating with police and demanding an increased police presence and activity in Arab communities.

“The police have made tackling crime and violence in Arab society a central goal, and the operation data proves we are on the right path,” he said. According to Asraf, the operation will continue in the coming months.