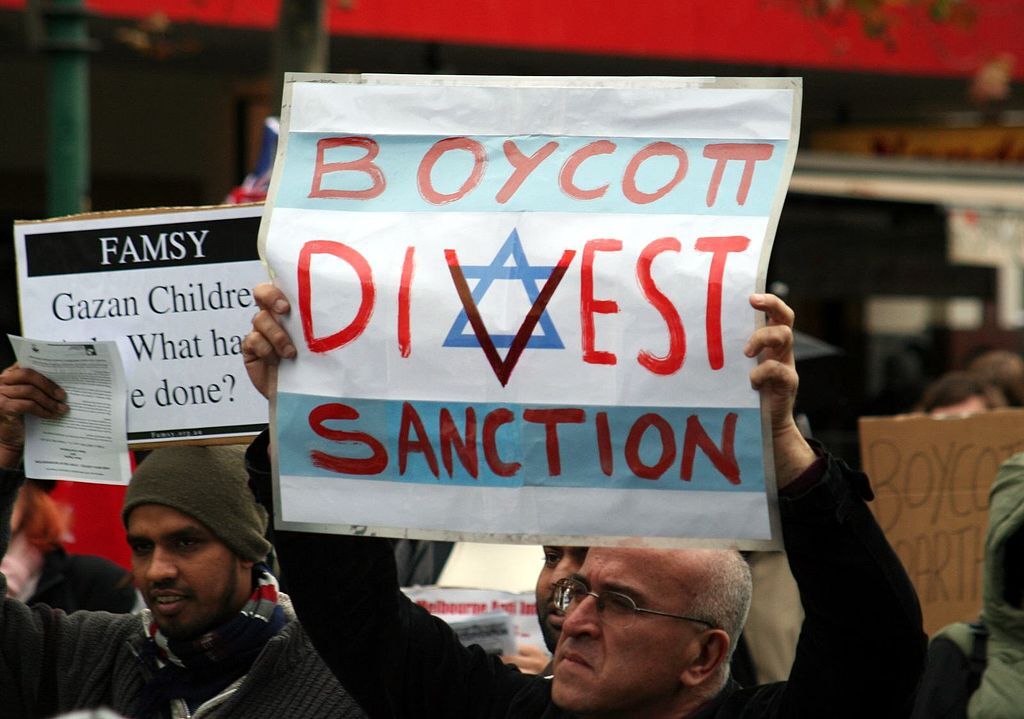 An international group of investigative lawyers who studied the anti-Semitic and anti-Israel trends in 2020 concluded that BDS groups are changing their focus in 2021 to “anti-Zionism.”

The International Legal Forum published its findings this week, concluding that the anti-Israel boycott movement was significantly weakened during the past year.

“2020 was a unique and complex year in many ways, including the fight against anti-Semitism and delegitimization,” said Yifa Segal, Director General of the forum.

“Alongside the conspiracy theories surrounding the global corona crisis and the dramatic rise in anti-Semitism, there have also been plenty of positive developments such as significant damage to BDS status and adoption of diverse tools to fight anti-Semitism, policy, legislation and case law.”

“In the coming year, attention must be paid to the return of anti-Zionism to the center of the stage, as the next challenge will probably be embodied in the struggle for the image of Zionism in the courts around the Western world,” Segal said.

The delegitimization of Zionism, an ideology based on Israel as the homeland of the Jewish people, is a message constantly pushed by Iran in its bid to “totally annihilate” the Jewish state and create a “world without Zionsim.”

The report is aimed at helping organizations prepare and focus on the battlefields that will emerge this year, “so as not to repeat the mistake made on the subject of BDS, late awakening and lack of preparation and awareness that lasted over a decade.”

Major findings in the report showed a significant weakening of the anti-Israel Boycott, Divestment and Sanctions (BDS) movement, reflecting the growing recognition of the direct link between BDS, anti-Semitism, and terrorism. The study found that in the U.S. alone there was an almost 40% drop in web searches related to BDS compared to 2019.

2020 showed a “wave of condemnation of the BDS movement” with a number of countries declaring that the boycott movement is anti-Semitic.

The study also found a wider adoption of the the International Holocaust Remembrance Alliance anti-Semitism standard by many countries, including Muslim states like Bahrain and Albania, as well as the World Council of Imams.

The United Nations “blacklist” of companies doing business with Israel also failed so far, although the ILF pointed out that a new publication is expected in February that may pose a new threat.

“The publication of the list in 2020 has so far led to very little, if any, success in convincing companies and countries not to do business in Israel,” the report noted.

The report warned that in 2021 is anti-Israel groups will try “to take the Zionist component out of Jewish identity” by changing the narrative to separate Jews from the issue of Israel, which means that anti-Zionism would open the doors to a new wave of “rhetoric of hatred, blood libels, etc. through the anti-Zionist pretext.”

On a positive note, the report noted that the Abraham Accords peace agreements with four Arab nations could be leveraged at the UN as proof that normalization of ties with Israel “promotes tolerance and coexistence between Jews and Muslims, as well as cooperation and prosperity in the Middle East.”

Arab countries normalizing ties with Israel “provides an opportunity to bring about significant positive change also on the front lines of the fight against anti-Semitism and the delegitimization of Israel.”