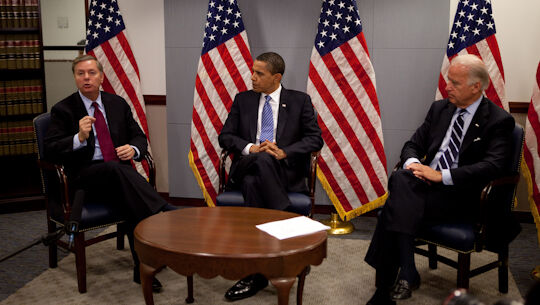 President-elect Joe Biden introduced his national security team on Tuesday, announcing “America is back” and stating that his aim is to shift away from President Trump’s “America first” foreign policy stance.

“Together, these public servants will restore America globally, its global leadership and its moral leadership,” Biden said in a video call at a local theater near his home in Wilmington, Delaware.

“It’s a team that reflects the fact that America is back, ready to lead the world, not retreat from it.”

All of Biden’s nominees have ties to the Obama administration.

Alejandro Mayorkas, whom Biden nominated as homeland security secretary, will likely face major pushback during the confirmation process. In March 2015, Mayorkas, then-director of the U.S. Citizenship and Immigration Services, was investigated by inspector general John Roth.

Roth found that Mayorkas gave preferential treatment to specific people who attempted to immigrate to the U.S. via an economic investment program.

While Mayorkas was confirmed by the Democrat-controlled Senate, all Republicans voted against him. The Senate historian’s office released a statement at that time, remarking that it was extremely unusual for the Senate to vote on a nominee facing an active investigation.

While some pundits celebrated the end of Trump’s “America First” foreign policy in favor of Biden’s “return to normalcy,” Trump’s foreign policy resulted in a number of historic achivements.

Among Trump’s foreign policy victories during his time in office are holding an unprecedented meeting with North Korean leader Kim Jong-Un, in which he became the first sitting U.S. president to step foot into North Korea.

After decades of fighting, Kosovar and Serbian leaders signed a Trump-backed economic normalization deal at the White House, marking the first time that the two nations had agreed to any formal peace accords in three decades.