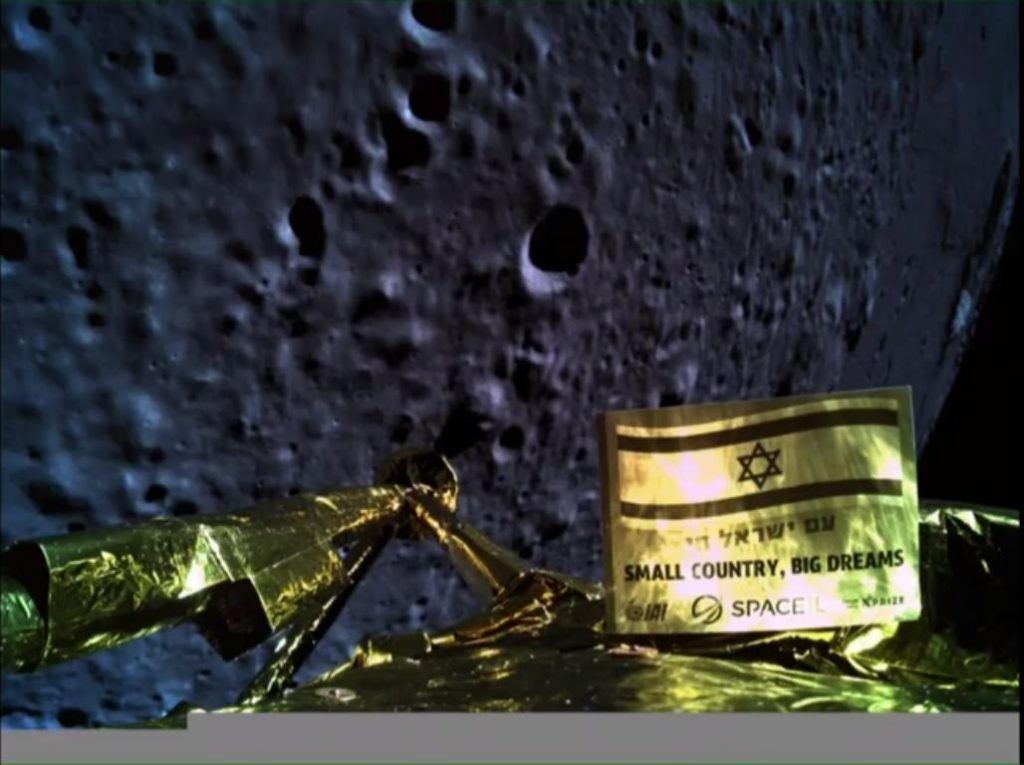 Israel’s Beresheet 2 mission to investigate effects of microgravity on astronauts’ health
Professor Sara Eyal will take “one small step” for medical research when Israel launches its second moonshot in 2025.

Her experiment on the long-term effects of drugs on astronauts in weightless conditions has become the first to be approved for the forthcoming Beresheet 2 mission.

She’s researching the effects of sleeping pills, painkillers, antibiotics and other drugs used in microgravity conditions.

She is also investigating the loss of muscle mass and reduction in bone density – sometimes permanent – that astronauts can suffer, as well as the effects of exposure to radiation in space.

Eyal, a professor at the Hebrew University’s School of Pharmacy and a clinical pharmacist, specializes in the effects of microgravity’s effects on humans.

“Space is like being a pioneer. Absolutely everything is new, and it’s an unknown place.”

The first Beresheet spacecraft reached the moon in April 2019, but crash-landed. Next time the plan is to land two crafts on different parts of the moon and have an orbiter circling it for up to five years.

She says it’s critical that we find ways to counteract the negative health effects of spending extended periods with little to no gravity, especially with the prospect of three-year manned missions to Mars.

Prof Eyal cites the example of Scott Kelly, who spent almost a year on the International Space Station in 2015 and 2016 and who holds the record for longest US spaceflight. In his autobiography Endurance: A Year in Space, A Lifetime of Discovery he describes the impact on his health of an earlier 159-day mission.

“I lost bone mass, my muscles atrophied, and my blood redistributed itself in my body, which strained and shrank the walls of my heart,” he writes.

“More troubling, I experienced problems with my vision, as many other astronauts had. I had been exposed to more than 30 times the radiation of a person on Earth, equivalent to about 10 chest X-rays every day. This exposure would increase my risk of a fatal cancer for the rest of my life.”

Prof Eyal described the cardiac problems that can result from space travel. “The left ventricle, which pushes the blood to the body, can decrease by 25 per cent, which is what was measured in the heart of Scott Kelly, who spent a year in space.

“On the other hand, the ventricles of the heart become enlarged and this may cause cardiac arrhythmias.”

Providing astronauts with suitable drugs is critically important. Once they blast off there’s no way to reach them with additional medicine, or to evacuate them for hospital treatment.

Medicines also need to remain safe and effective in the long term, even though higher radiation in space may cause them to break down more quickly.

Exploring the effects of drugs in space also has benefits for us earthlings as well. Instead of waiting years, or even decades, to understand the effects of medicine on aging, researchers can carry out experiments in space, where the aging process is accelerated.

“I think that the benefits for humanity may be within the similarity between being in space and aging,” says Prof Eyal. “The space environment is like an accelerated aging model. And if astronauts do it anyway then we at least can gain some insights about it.”

Unlike previous space races, Prof Eyal believes that there is a healthy level of competition involved with these experiments which will help propel research forward by working together.

“There is definitely collaboration between international projects. Our Beresheet moon project, for example, is international and whoever I talk to is willing to join and collaborate and help. And this was the case also with my previous project.

“I was the principal investigator on the mission that went to the International Space Station in January which included experiments on the effects of drugs. But we had a technical issue there and I cannot report too much success.”

Caption: The final selfie taken by Israel’s Beresheet spacecraft before it crash-landed on the moon.
Courtesy SpaceIL and IAI.