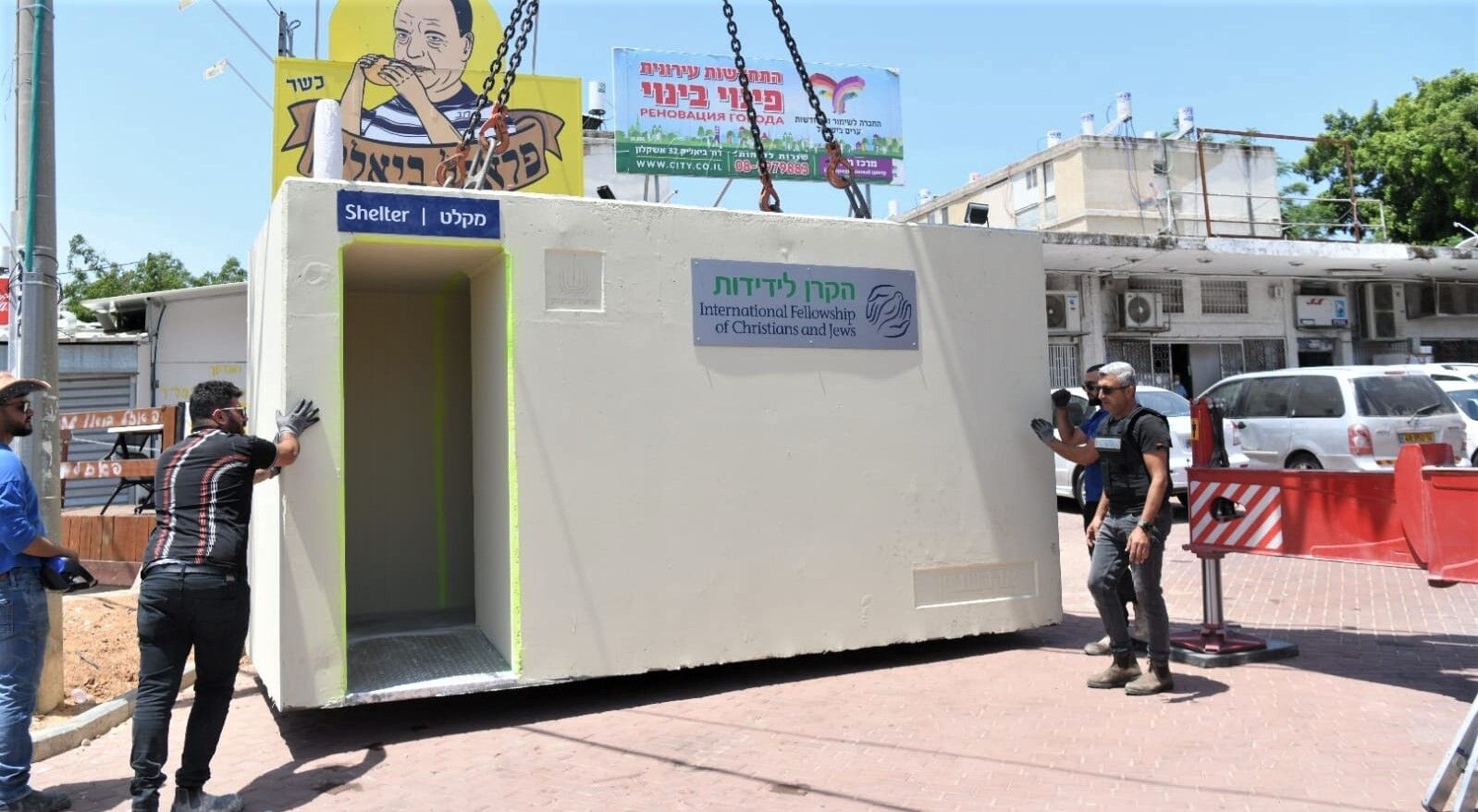 It also provided security staff in the city with 25 protective vests.

In response to the barrage of nearly 2,000 rockets being launched by Hamas in the Gaza Strip into Israel, the International Fellowship of Christians and Jews has placed 13 mobile bomb shelters this week in the heavily bombarded city of Ashkelon on the Mediterranean Coast.

It also provided security staff in Ashkelon with 25 protective vests.

Three more shelters were placed in the nearby Hof Ashkelon Region Council community, and four will be installed in Sderot on Friday.

With subdued terror activity in 2020 due to the coronavirus pandemic, the Fellowship actively prepared for future conflicts, placing 59 mobile bomb shelters and distributing nearly 1,000 protective vests in the past 18 months alone.

To date, it has placed more than 2,800 bomb shelters throughout Israel.

Caption: Workers with the KAIROS Company for the International Fellowship of Christians and Jews set in place a mobile bomb shelter, May 13, 2021.
Credit: IFCJ.

An extra leadership edge for women on kibbutz