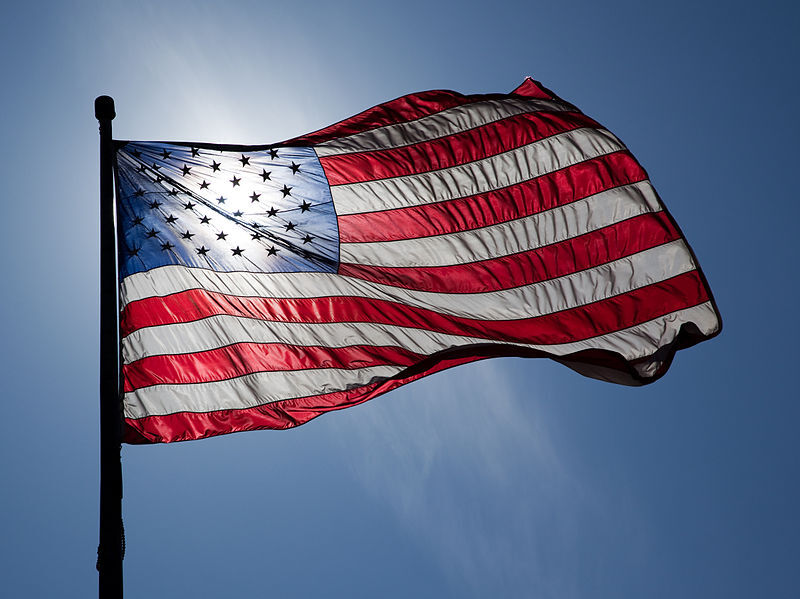 As America becomes impasse-ville, many influential voices have imposed a false all-or-nothing historical choice on us.

The public conversation about American history has been deadlocked for more than two years. As America becomes impasse-ville, many influential voices have imposed a false all-or-nothing historical choice on us. Some say America is slavery-land, a country defined by the slave ship of 1619, a country teeming with racism, division and hate. Others insist America is freedom-land, the nation of 1776, a nation bringing liberty, prosperity and progress.

In August, 2019, the New York Times launched the 1619 Project—pivoting American history around racism’s evils, starting with the first slave ship’s arrival in August 1619. Leading historians critiqued the project’s distortions, with one historian noting that the Times invited her to fact-check the main article, then ignored her correction that the American Revolution was not fought to advance slavery. The few corrective tweaks that resulted were eclipsed by a massive PR campaign peddling this historical interpretation as if it were the new American Gospel. It seemed that America’s most influential newspaper was changing its slogan saluting objectivity—“all the news that’s fit to print”—into one promising heavy-handedness—“only our views with a critical-race-theory tint.”

The next summer, then-President Donald Trump blasted the project, deifying 1776 instead, brooking no criticism of the American experiment. Once Trump bullied his way into the debate, weaponizing America’s founding narrative and ideals, reasonable liberals and centrists fled. Only Trump’s single-minded fans wanted to associate with America’s Prevaricator-in-Chief.

In the ensuing shouting match, all nuance was lost. The fight became about identity, not history, about today’s politics not yesterday’s stories, about red versus blue, not the true, multi-dimensional story of the red, white and blue.

No one date can define a nation. It’s like turning a nine-inning baseball game into a do-or-die home-run derby. Nevertheless, this historical dating game has proven both popular and incendiary. It has helped frame the debate about how central slavery was to America’s founding, the extent to which racism continues to haunt America and how America—or any country—progresses. But the debate’s binary nature invites all-or-nothing answers; America is not all greed or all good—no country is. It’s not irredeemably racist nor fully redeemed from its racist past—nor will it ever be.

History classrooms are not courtrooms. Historical narratives should neither be bills of indictment nor a defense attorney’s briefs. The fact that the study of history has become so partisan reflects America’s epidemic of polarization and politicization. Citizens, and especially historians, should seek to bypass this impasse rather than doubling down on positions that become increasingly rigid and ridiculous.

Just as mathematicians need three points in space to map out three dimensions, adding one more date into the mix might break this 1619 versus 1776 stalemate.

The first candidate would be 1865, which the progressive historian Charles Beard deemed the start of the “second American Revolution.” After four bloody years, the Union won the ugly, yet necessary, Civil War in April of that year. Just days later, Abraham Lincoln’s martyrdom finally vindicated and united the Northerners who had squabbled throughout the conflict. The Thirteenth Amendment ratified that December abolished slavery, although racism and too many other humiliations for African-Americans lingered. This addition to the Constitution suggests a Hegelian formula: from the unfreedom of 1619 to the freedoms of 1776, a new American synthesis emerged as the Civil War ended.

A more creative candidate would be 1880, when the great Eastern and Southern European immigration began. As twenty million new Americans arrived over the next 40 years, they changed the face of America. They also changed America’s self-image, as the ideal of the multicultural salad bowl competed with the monolithic melting pot, and as the staid, often conformist White Anglo Saxon Protestant nation became the forever changing, updating, evolving Immigration Nation.

By 1880, the United States was well on its way to becoming an industrial behemoth, a capitalist innovator and the breadbasket of the world, as well as its idea-factory. On Dec. 17 of that year, Thomas Edison established the Edison Illuminating Company. The entire world would soon be glowing in artificial light, defeating the darkness of millennia, and encouraging even more technological wizardry. America’s low-profile president, Rutherford B. Hayes, became the first president to cross the Rockies, on a 71-day road trip, representing the uniting of America, as what had been called these United States increasingly became known as The United States.

Plunging into the twentieth century, modern historians must get right with Roosevelt, meaning Franklin D. Zeroing in on 1940 highlights how FDR transitioned from his role as Dr. New Deal, who overcame the Great Depression and launched America’s welfare state, to Dr. Win the War, 11 months before America entered World War II. Roosevelt’s Four Freedoms Speech that year told both stories. He championed Freedom of Speech and of Worship, from Want and from Fear, not just in America, but “everywhere in the world.” To this day, that speech offers an ideal model of liberal nationalism—building up our democracy while reaching out to others, not building walls or demeaning others.

Roosevelt was in the fight of his life against the many American isolationists wary of becoming mired in yet another European conflict. But just as he succeeded in making Americans take responsibility for their “forgotten” neighbors, for the neglected elderly, for the once-overlooked poor, FDR helped Americans start accepting responsibility for countries threatened by fascism thousands of miles away. Eventually, the Four Freedoms became the great rallying cry that defeated totalitarianism and launched the postwar Pax Americana. As the consumer revolution both financed and mainstreamed Roosevelt’s revolution, America became the world’s first mass middle class civilization. The mischievous Bugs Bunny made his cartoon debut in 1940, while the first McDonald’s hamburger restaurant opened in America’s land of tomorrow, Southern California.

Even though LBJ was no FDR, some could make a strong case for highlighting 1964 as a defining American year too. From the White House, Lyndon Johnson launched The War on Poverty and the Great Society, winning a re-election landslide that teed him up for one of the most productive bursts of lawmaking in American history. At the same time, in the streets—and in America’s hearts and minds—1964 was a turning point in the Civil Rights movement, the anti-war movement, and the start of that ongoing series of values and lifestyle revolutions called the 1960s.

Most dramatic was Congress’s passing of the Civil Rights Act. It not only advanced the legal framework for desegregating America, but the segregationist legislators who mischievously added “sex” to Title VII’s ban on employment discrimination based on race, color, religion, sex and national origin were the most backdoor revolutionaries in American history. Hoping to mock the whole initiative, they ended up advancing women’s equality as a core civil right too.

Beyond that, it was a year when Martin Luther King won the Nobel Peace Prize, 12 New Yorkers burned their draft cards, the Beatles first invaded America, student protesters demanded free speech at Berkeley and Betty Friedan sold over one million copies of “The Feminine Mystique.” Sam Cooke’s 1964 hit seemed spot on: “A Change is Gonna Come.”

Modern conservatives, of course, would propose 1981 as a breakthrough year, celebrating Ronald Reagan’s inauguration, promising to bring peace, patriotism and prosperity. Adding the Reagan Revolution raises the question of how capitalism and mass middle-class prosperity facilitated progress overall, including the expansion of civil rights and the improvement of most Americans’ living standards. It also raises deeper questions of whether American life barely improved—as radical critics claimed—steadily improved, oscillated back and forth or experienced occasional bursts of progress.

Reagan’s patriotic optimism was irrepressible—and a tonic for today’s despair, too. Not everyone may agree with his famous inaugural utterance that “government is not the solution to our problem; government is the problem.” But few Americans have been able to resist his indomitable faith in America as that “shining city on a hill.” Most Americans want their country to be “the exemplar of freedom and a beacon of hope for those who do not now have freedom.”

The more dates you consider and the more you then overlook, the more you realize that no one date does the trick—not even three dates properly tell America’s story. History is a puzzle. Some pieces are more striking, or more essential to the portrait. No one piece covers enough.

That’s why historians periodize, carving up chunks of time into artificial packages with opening and closing dates. Admittedly, periodization often emphasizes change more than continuity. The 1619 Project was helpful in raising questions about continuity: how much are we stuck in past sins, our parents’ blind spots, the world we inherited, not the world we dream of building? Still, by mapping out historical epochs, periodization incorporates many more puzzle pieces, while giving a sense of historical flow.

Reducing American history to a 1619-versus-1776 showdown highlights the oversimplifications distorting our increasingly polarized debate. Those who only see American greed and bigotry overriding any good accomplished produce a flat, guilt-ridden, demoralizing history that is far too dark. Those who only see America as good produce an equally flat caricature that is far too Disneyfied, in technicolor.

As the number of history majors hits new lows, this dating duel risks offering more excuses to ignore our past. Yet the reductionist version today’s polarized partisans peddle shows why more citizens and politicians should study history calmly, not polemically. A subtle, multi-dimensional, pointillist portrait of America, packaged into interesting, understandable historical periods, refutes both extremes. It warns the xenophobic right that you’re missing too much if you see anyone not like yourself as the enemy, or only worship some idyllic golden past that never existed. It also warns the woke left that you’re similarly myopic if you always see yourself as the enemy.

Both extremes miss the important civic lessons to be drawn from history, ranging from how we work together to how we improve together. Americans, left to right, have long shared this ever-renewable faith in their country’s ability to be ever-renewed. Like the magic beans in Jack’s mythical beanstalk, this confidence is the only way America could grow so far, so fast, so well.

“This union may never be perfect,” Barack Obama admitted in 2008, “but generation after generation has shown that it can always be perfected.” Thought-provoking, truth-seeking historians should be honest enough to see America’s strengths and its flaws. Teaching with integrity and perspective should help mold citizens bold enough to imagine how to build on those strengths to correct those flaws.

Professor Gil Troy is the author of nine books on presidential history including “Why Moderates Make the Best Presidents: From George Washington to Barack Obama.” His latest book, written with Natan Sharansky, is “Never Alone: Prison, Politics, and My People.” Follow him on Twitter @GilTroy.

Caption: The flag of the United States of America, March 12, 2009.
Photo: Wikimedia Commons.