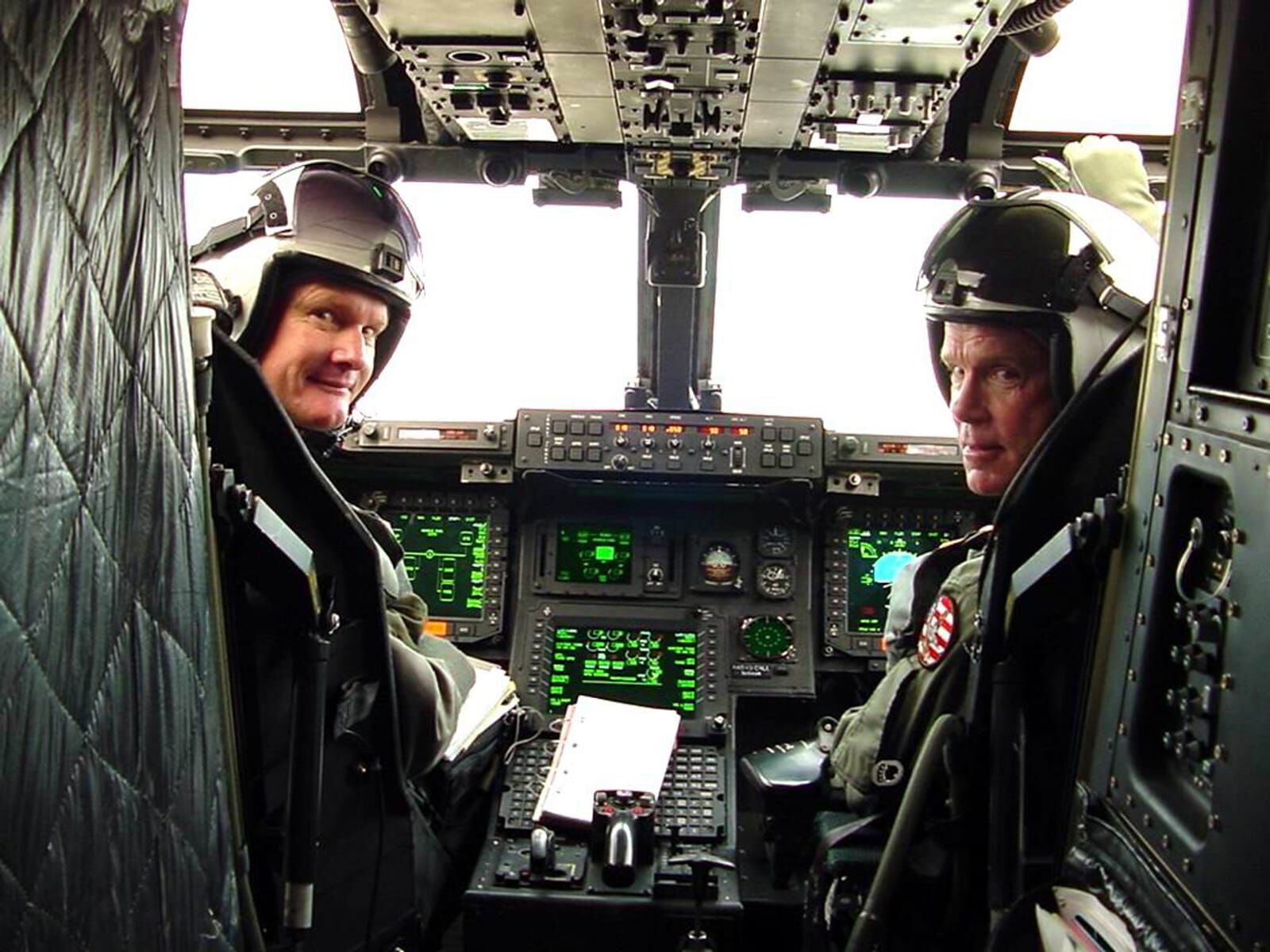 With its high-tech developments in operation around the world, including in use by 15 NATO members, Elbit’s newest systems provide automatic visual warnings about tall obstacles, and combines outer and inner data into a single seamless image seen by the pilots.

Israel’s Elbit Systems defense company has won a new contract to supply the U.S. Army with advanced night vision technology, and while the contract is significant, it represents the tip of the iceberg when it comes to Elbit’s involvement in the global night vision market.

The contract will take five years to complete.

The ANVIS HUD connects to the helmets of Army helicopter pilots, allowing pilots’ heads to remain upright and looking out of the aircraft with all relevant information presented in front of the pilots’ eyes, instead of them needing to look down or inside the cockpit to view information.

The product represents decades of evolution in Elbit’s night vision capabilities, which begins, at its basic level, with its night vision goggles (NVG)—high-end equipment that amplifies starlight. They are in use by soldiers and pilots of transport and combat helicopters worldwide, as well as other forces that rely on nocturnal operations.

To that end, Elbit supplies more than 80 percent of the world’s high-end night vision goggle equipment.

An important milestone in the technology occurred decades ago when Elbit began superimposing symbols on top of the night vision imagery. Elbit was the first company in the world to project symbols into the eyes of helicopter pilots, showing them their speed, altitude, engine data and other cockpit information. “We started doing this 30 years ago with the Israel Air Force, and then with 27 other countries around the world that we sell this, too,” a company source explained.

The system plugs into the plane’s computer, accessing the relevant data and projecting the symbols straight to the pilot’s eyes. As a result, the pilots have “no reason to lower their head and look into the cockpit. They get all of the needed data while looking outwards. Many air forces have begun to fly like this,” said the source.

The ANVIS HUD system represents a more advanced phase in this world. This night vision head-up display system connects to the helicopter pilot’s helmet and projects not only the aircraft’s own internal data, but also data about the external world surrounding the aircraft.

‘It attracts attention to the relevant place’

The system introduced two major changes. The first is what the source described as “3D symbols,” or a form of augmented reality. This became possible since the system knows where the pilot and co-pilot are looking, and can inject their view with visual data about their environment.

By knowing where the pilots are looking at, the system can then highlight information such as the location of a powerline coming up ahead, a high mountain, the name of the town a pilot is flying over and where the aircraft will soon be landing.

The system provides automatic visual warnings about tall obstacles, and combines outer and inner data into a single seamless image seen by the pilots.

“We have to present the data—it’s not enough to know that there’s a powerline coming up in five kilometers. We need to mark it out in yellow, and then the pilots can identify the obstacle that they were told about in their pre-flight briefing,” added the source.

The second aspect that allows this technology to be available is the introduction of color into night vision technology.

Until then, all night vision imagery was green. Once color systems were injected by Elbit into the imagery, the system could highlight top priority information and alert pilots to the most important information since images in yellow are more important than those in blue, while those in red are the most critical.

“It attracts their attention to the relevant place, at the relevant time, on the relevant mission,” said the source. “We also managed to increase the angle of vision so that more relevant data can be projected to their eyes.”

This system is in operation around the world, including the United States, South America, 15 NATO members, Africa, India, Southeast Asia, Australia and Japan, and, of course, all IAF helicopter squadrons.

Globally, he added, “We control over 90 percent of the head-up display market.”

‘We want to confirm obstacles as we detect them’

A tragic accident led Elbit to begin to think about how its systems can also present real-time information on terrain and project it to pilots. That incident was the 2010 Israeli Air Force helicopter crash into a Romanian mountainside during a drill, which killed six Israeli crew members and a Romanian liaison officer who were onboard.

“We wanted to solve this problem and see how we can prevent that from happening,” said the source.

The result was a new symbology system named the Synthetic Vision System (SVS for short), which projects the terrain in real time to the pilots.

Even in heavy clouds and poor visibility, pilots can see the ground level beneath them or a mountain in front of them. The company held a demonstration of the technology, showing personnel how, with the switch of a button, a very large mountain became visible behind clouds. The system is today operational in Romania.

In addition, Elbit’s Brightnite systems employ advanced night vision sensors that “stare ahead,” while also fusing together the 3D-color imagery and synthetic vision system features described above. Pilots are surrounded by a day-like picture from all angles.

Meanwhile, Elbit’s Head Mounted Display system, the X-Sight, is no longer an analogous night vision system but a digital one, and it provides a whole new flight vision experience—one that can best be described as a “see-through cockpit” experience.

One visor shows a feed from the Brightenite sensor. X-Sight also presents all of the relevant symbols to the pilots. Goggles are no longer needed in that system.

“When they land, they’re looking outside, seeing the ground approaching. It makes their entire vehicle and cockpit transparent,” said the source.

When supported by the helicopter’s sensors, X-Sight can provide a full “transparent cockpit” experience, allowing pilots to peer directly through cockpit boundaries, displaying a 360-degree view of their surroundings with no visual obstacles.

Elbit is now focusing on the next stage of development, which involves feeding its vision systems not only with pre-prepared information loaded onto the aircraft’s database, but adding radars and lasers as sources of information.

This allows for the detection of features of the environment that the pre-prepared data may have missed. The upgraded system should be available starting next year.

“We want to confirm obstacles as we detect them, in case someone built a powerline that you didn’t know about,” said the source. “All in all, these technologies represent first-class safety features designed to make sure the pilots return home safely. As a result, the U.S. is investing significant funds in it, and not only the Army but the U.S. Navy, Marines, and Air Force, too.”

Caption: The ANVIS HUD connects to the helmets of Army helicopter pilots, allowing pilots’ heads to remain upright and looking out of the aircraft with all relevant information presented in front of the pilots’ eyes.
Credit: Courtesy.