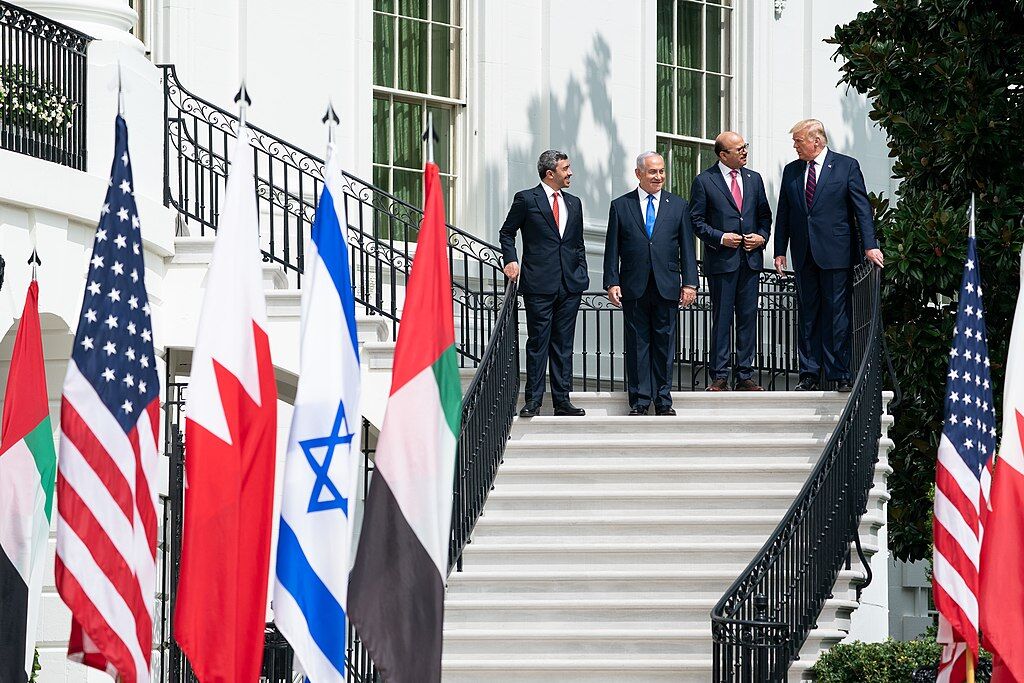 “These are wondrous days,” Netanyahu said at a press conference following their meeting. “This is the day when we realize peace, because of the courageous decision made by [Bahrian’s] King Hamad, because of the extraordinary energy and initiative of Bahrainis and Israelis who are eager to embrace one another, to get to know one another, to do business with one another in all there is.”

“More importantly, I think we understand this is a real peace—a peace between our peoples, a peace that will open economic benefits that were unimaginable just a few months ago,” Netanyahu said. “I think this will broaden the circle of peace not only for our own two peoples, but for all countries in the Middle East and perhaps beyond.”

Israel and Bahrain agreed to establish full peaceful relations and signed the initial Abraham Accords at a White House ceremony hosted by President Donald Trump, whose administration helped broker the peace deals Israel signed with Bahrain and the United Arab Emirates, both of which have formalized their recognition of Israel.

“President Trump and his able peace team deserve a great deal of credit for helping bring this peace agreement about,” Netanyahu said.

Al-Zayani, who arrived in Israel Tuesday and held meetings with four other government ministers, said the world’s attention was focused on how successful the Abraham Accords will play out and that Bahrain intended to move fast, “because we want to catch up on lost time.”

The Bahraini minister, a member of the ruling family, said the two sides had to move forward with cooperation in trade, commerce, industry and tourism with the goal of integrating Arab and Israeli business communities, “which we believe will filter down even to the common citizen in Bahrain and Israel.”

Al-Zayani met earlier with Foreign Minister Gabi Ashkenazi, telling him Bahrain wanted to start direct flights to Tel Aviv in the near future. On Tuesday, the first Israeli regular commercial flight flew from Tel Aviv to Dubai, with a planeload of Israeli tourists.

Both Netanyahu and Ashkenazi said they intend to visit Bahrain in the near future.

The many reasons Biden should not enrich Iran’s rulers

Over anti-Semitism, US State Department ends ties with Islamic charity

It’s time to stop counting Jews in the Cabinet

In Israel, women ‘juggle it all’ with motherhood, degrees, even high-tech startups