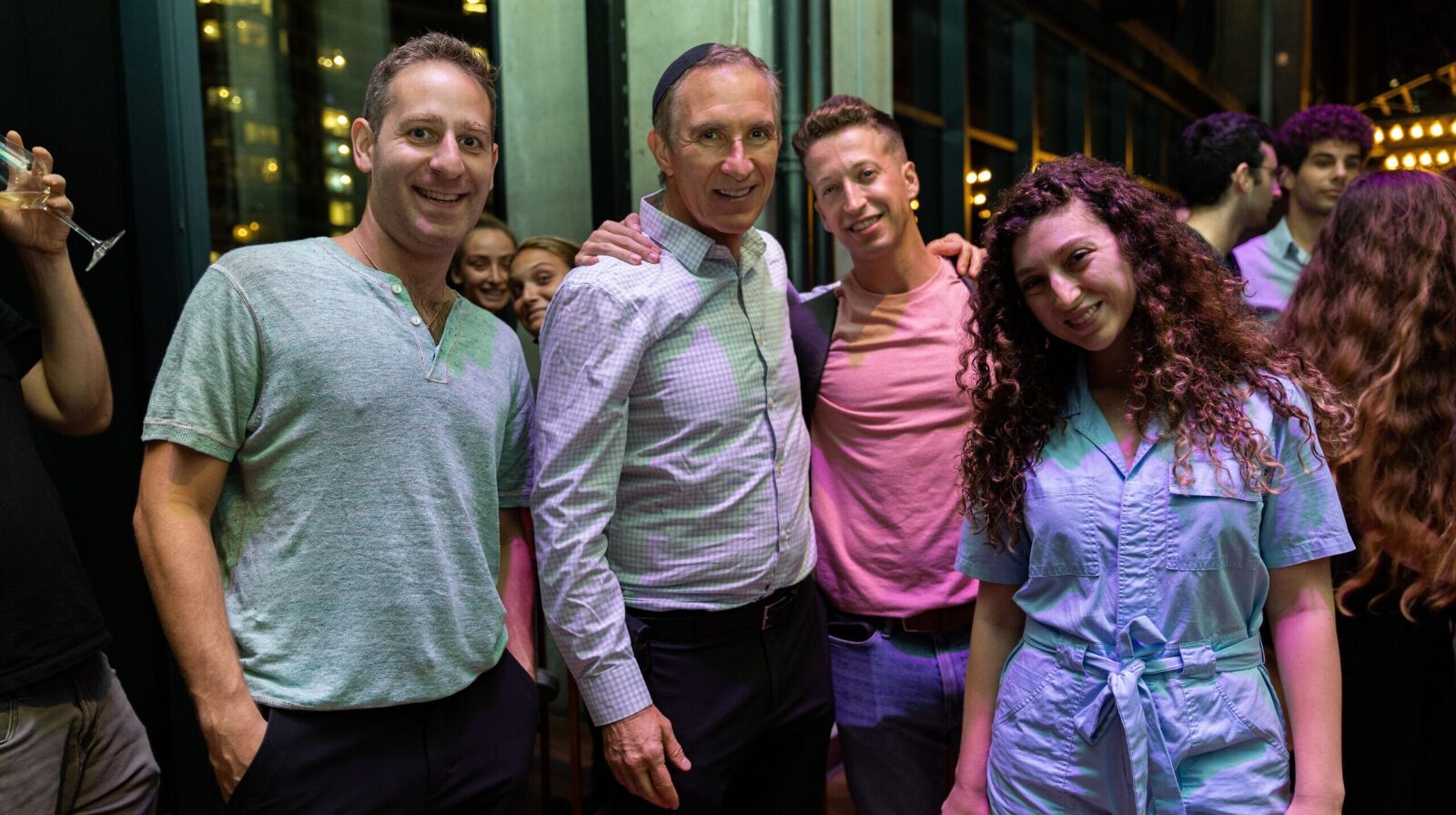 “Having events for people with a similar background, language and culture to discuss the society they are becoming a part of—and their importance in that—gives us a support network,” explained Steve Reich, 31, originally from Philadelphia.

Though Philadelphia native Steve Reich, 31, made aliyah just four months ago, he has already made meaningful friendships, and expressed feeling accepted and welcomed by Tel Aviv’s community of international olim, new immigrants to Israel. Through his peers, he told JNS, “I have become connected to our indigenous homeland.”

Reich, who made aliyah due to “Zionism, love for the land, a sense of adventure, starting over and seeking a life of meaning,” was a former teacher in the United States and now works as a personal trainer in Tel Aviv. He attributes much of this sense of positive adjustment to events in Tel Aviv for young professionals that he has attended in the last few months.

He and hundreds of other Tel Aviv residents in their 20s and 30s regularly attend events hosted by Tribe Tel Aviv, an organization that brings together internationals with influential writers, thinkers, professionals and decision-makers impacting Israel, Zionism and Jewish life. Its “Sunset Series” events include happy hours with speakers, a brief Q&A session and mingling over cocktails.

Reich, who has attended a handful of events and Shabbat lunches with Tribe Tel Aviv, maintained that he has gained a stronger appreciation of community and Jewish identity through the events. “I have become encouraged to engage and be more involved in Israeli society, and I better understand the needs of the country, economy and what it means to be Israeli.”

He added that he has already made a new friend—a Jaffa-based Arab who grew up in eastern Jerusalem, with whom he had a meaningful conversation at a recent event that featured Jerusalem Deputy Mayor Fleur Hassan-Nahoum, who grew up in Gibraltar.

“It was an exciting and inspiring speech, and gave me a stronger sense of Zionism and a feeling that I have access to participate in political life,” said Reich. “It’s a really great feeling, as I am still new here and feel a little unsettled, and I am trying my hardest to feel connected. To know that someone who is also an oleh chadash (‘new immigrant’) can be so successful politically is pretty inspiring.”

With a message of “pride for the miracle of what our people have achieved,” Hassan-Nahoum imparted to the group that “they have someone who thinks like them in government.”

She described the bravery it takes for those to uproot their lives by choice and move to Israel seeking a better, but often more challenging, life.

“Even people who have been in Israel for a while can feel like an immigrant. I feel that way, even after being in Israel for nearly 21 years and taking part in the establishment,” the deputy mayor told JNS.

After another recent event featuring former Israeli Ambassador to the United States Michael Oren, Reich recalled feeling “energized, with a sense of hope and agency towards the future of Israel.”

“Israel has a lot of needs to address,” acknowledged Reich, “but we are part of that plan.”

‘Understand its challenges, engage with Zionism’

Rabbi Jonathan Feldman, who holds a Ph.D. in Jewish thought, philosophy and Kabbalah from New York University, heads Tribe Tel Aviv with the goal of offering new opportunities for young people to connect with Israel, and inspire them with Torah and Judaism. After running Jewish programming for young people in Manhattan for 17 years, he made aliyah with his family and is now the director of community engagement for the Am Yisrael Foundation, the larger umbrella foundation that runs Tribe Tel Aviv.

“I want people to be more engaged with Israel, understand its challenges, engage with Zionism, and help build the country and its future,” Feldman told JNS. “I want to help them on a grassroots level in building community, networking for jobs, engaging them in idealism, and thinking about and contributing to Israel’s future.”

Speakers like Hassan-Nahoum, he said, help encourage new arrivals to do just that.

“She encouraged them to work on their Hebrew, but also showed that speaking another native language is not a barrier but an asset. She is a model for them as someone who has made it here and impacts Israel,” he said.

Reich agreed, saying, “having events for people with a similar background, language and culture to discuss the society they are becoming a part of—and their importance in that—gives us a support network and helps develop one’s connection to Israel.”