Oct 30, 2020 | News | Community | Other | National
With No Visitors During Pandemic, Historic Jerusalem Citadel Gets Major Facelift 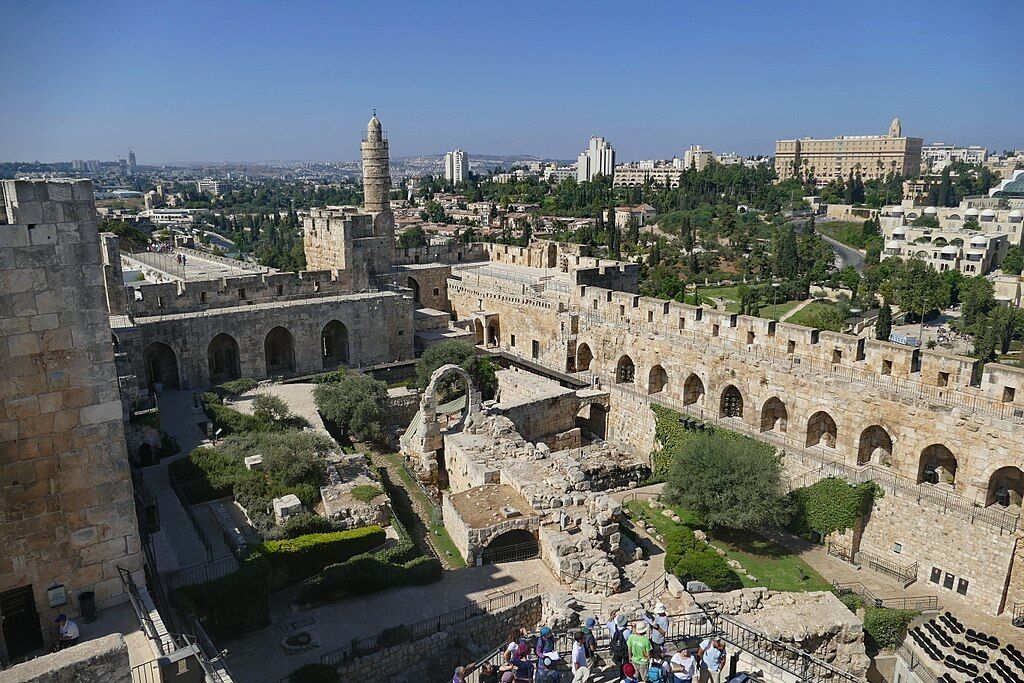 The coronavirus pandemic has put a freeze on tourism around the world, and especially in Israel, where millions of tourists would normally be making their way through the streets and alleyways of Jerusalem’s Old City that are steeped in history with every step.

Last year, more than half a million tourists visited the iconic Tower of David Museum, aka Jerusalem Citadel. Since March, however, it has been closed – giving what we hope is a once-in-lifetime opportunity to take advantage of the pandemic and undertake a major renovation to restore and conserve the site, located just inside the Jaffa Gate of the Old City.

Like many building and renovation projects in Israel, the construction workers who began work in July are accompanied by archaeologists who study each layer dug. At the Museum, they are learning more about the city’s medieval period and what happened there during the Crusades during the $40 million project, AP reported.

The museum that includes the Tower of David fortress comprises many layers of fortifications built one on top of the other, dating back at least 2,500 years. As the Holy Land was conquered and reconquered, Jerusalem nevertheless remained a holy city and an attraction for pilgrims of the three Abrahamic religions, most of whom would pass through the Jaffa Gate beside the present-day museum.

“This is the jewel of the crown, because there’s no other site in Jerusalem that will tell you, from the finds, from the remains, the full story,” said Museum director Eilat Lieber, adding that the project should be completed by early 2022.

Located on the highest point of the area, the museum is the site of fortifications built one on top of the other for more than 20 centuries, dating back to Hezekiah, king of Judah, at the end of the 8th century BCE. As recorded in 2 Chronicles 32:5: “He [Hezekiah] set to work resolutely and built up all the wall that was broken down and raised towers upon it, and outside it he built another wall.”

Archaeologists will be excavating areas of the fortress that have not been dug through, especially at layers dating from the Middle Ages.

“All the massive renovation that is going on right here is a really rare opportunity for us,” said archaeologist Amit Reem, saying the pandemic timeout gives his team “the chance to explore the citadel from the perspective of modern archaeologists.”