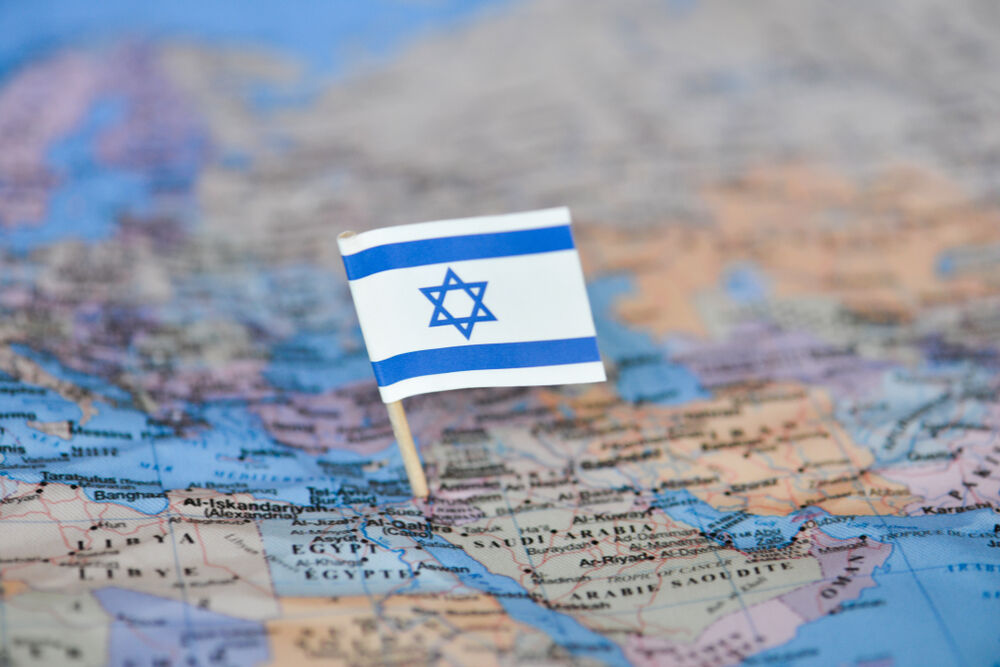 Students, especially self-described liberals, wanted to look at the issues in a Tevye-like fashion—on the one hand, Palestinians do bad things, but, on the other, so do the Israelis—even if the facts are not symmetrical.

The latest cause for Jewish hyperventilation is the publication of a Jewish Electoral Institute (JEI) survey that reported that 38 percent of American Jews are not emotionally attached to Israel, that 25 percent (38 percent of those under 40) think Israel is an apartheid state, that 22 percent feel Israel is committing genocide against Palestinians, and that 9 percent (20 percent under 40) believe that Israel doesn’t have the right to exist (and 17 percent say it’s not anti-Semitic to say so). Even if the results are skewed, they indicate the epic failure of Israel education in the United States.

Though the media has mostly accepted the results unquestioningly, I find the results suspect. They only seem reasonable if the respondents were drawn from Jewish Voice for Peace, J Street and IfNotNow. Such suspicions are supported by the fact the pollster has worked for J Street, which has published similarly dubious poll results. In addition, leading social scientists have questioned the methodology used by JEI.

It’s also useful to remember that polls have consistently shown that young people are less supportive of Israel but grow more so over time. It could be we have reached an inflection point where that has changed, but if history is our guide, then we should not panic over a single survey.

Caveats aside, as one social scientist who questioned the results told me, “even if the percentages are half of what they say, it is a matter of concern.”

The results are indicative of three serious problems in the Jewish community: the paucity of Israel education; the poor quality of Israel education; and the hostility of many educators towards Israel. Given these issues, it should not be surprising that many Jews are ignorant about Israeli history, politics and culture, and vulnerable to anti-Israel propaganda.

There is nothing wrong with teaching students how to present facts about Israel—and there is such a thing as facts. We don’t teach Holocaust denial as another “side” of a course on the Holocaust.

Take, for example, the canard that Israel is like Afrikaner South Africa. Jews who don’t know what life was like in South Africa and how Israel treats Palestinians and Israeli Arabs can easily fall for this “big lie.” Repeated by Israel’s detractors and regurgitated by gullible and sometimes malevolent journalists, the lie has gained traction in left-wing Jewish circles. Unfortunately, Israel’s defenders often contribute to the problem by also using the “A word,” thereby unintentionally reinforcing the linkage.

Back in 2003, I wrote in New York’s The Jewish Week about a study by Frank Luntz that found “a large majority of younger Jews seem to know little about Israel, almost nothing about their religion, and show little interest in either.” I argued that while earlier generations saw Israel as meat and potatoes, young Jews saw Israel more like spinach. They did not want to consume it, and parents and teachers were reluctant to force-feed them even though they knew it would strengthen kids’ Jewish identity.

I also noted the older generation had a sense of right and wrong and could distinguish between real faults in Israel and specious moral equations, such as comparisons at the time of settlers to suicide bombers. Students, especially self-described liberals, wanted to look at the issues in a Tevye-like fashion—on the one hand, Palestinians do bad things, but, on the other, so do the Israelis—even if the facts are not symmetrical. Today, many “progressives” simply say there is only one hand—that Israel is to blame.

I also wrote that many educators adopted the least common denominator approach out of fear that being too pro-Israel would offend students, which confused free thinking with critical thinking. “If we don’t start to educate our children immediately,” I warned, “all those dire predictions about the future of American Jewry will be self-fulfilling prophesies.”

Eighteen years later, our failure is evident in the survey results.

Yeshivahs and Orthodox day schools, which are attended by 60 percent of the roughly 250,000 Jewish day-school students, were always better at teaching about Israel, so it should not be surprising that identification with Israel among the Orthodox is much stronger than among other Jews. Even while there has been a greater emphasis in recent years on Israel education in many other day schools, the percentage of parents who send their children to these schools is minuscule. According to an Avi Chai study, enrollment in non-Orthodox schools was declining; only 3,704 students attended Reform day schools and 9,718 Conservative Schechter schools in 2014 (20,413 attended nondenominational schools).

Most Jews attend public schools, where there is little or no material related to Israel and textbooks are problematic. When I looked at the 18 most widely used history texts in 1993, I found them riddled with flaws, with errors consistently detrimental to Jews or Israel. The bias was usually a result of factual inaccuracy, oversimplification, omission and distortion. Those findings were confirmed by a subsequent study by Gary Tobin and Dennis Ybarra in 2008. Textbook problems have also been exacerbated by the influence of the Arab lobby.

“If we don’t start to educate our children immediately,” I warned, “all those dire predictions about the future of American Jewry will be self-fulfilling prophesies.”

The textbook problem has not gone away even as the community has raised it repeatedly with school boards and publishers. Dr. Sandra Alfonsi, longtime director of Hadassah’s “Curriculum Watch” division, told JNS in 2017, “There’s no doubt the lack of sympathy for Israel on college campuses today is at least partly the result of several generations of teenagers being educated with textbooks that are slanted against Israel.”

Many public-school students attend supplementary schools, such as afterschool Hebrew-school programs at synagogues. Unfortunately, they have a particularly difficult time teaching about Israel, in part due to the limited time they have to cover a fraction of the topics taught in day schools.

Many teachers are also petrified of conversations about Israel that might create controversy and incur the wrath of parents. Some are allergic to the idea of teaching anything that smacks of Israel advocacy.

No one argues that students should be taught the rose-colored glasses version of Israeli history, but they need to know the basics before they can understand the complicated and nuanced aspects of modern Israeli life. Moreover, “advocacy” should not be a dirty word. Independent of studying Israel, students should learn to be advocates. They should know how to debate, analyze news content, write positions papers, build coalitions, think strategically and speak in public. These skills are more useful for most students than chemistry or calculus.

There is nothing wrong with teaching students how to present facts about Israel—and there is such a thing as facts. We don’t teach Holocaust denial as another “side” of a course on the Holocaust nor should we teach specious aspects of the Palestinian narrative to be “evenhanded” in discussions of Israeli policy. Learning Israeli history is necessary but not sufficient; otherwise, students will be at a disadvantage when facing anti-Semites and critics inside and outside the classroom who have no interest in facts. Jewish students need to be prepared for some of the unique challenges they will face in college and life, especially if anti-Semitism continues to grow.

Unfortunately, another problem is that we can’t trust many Jewish educators today. In addition to those who don’t believe in Israel advocacy, there are professors of Jewish and Israel studies whose views reinforce those of Israel’s demonizers. Some, for example, support BDS. A group of Jewish professors who don’t like the definition of anti-Semitism went so far as to write their own to accommodate their personal political beliefs.

What needs to be done?

The Jewish community and parents, especially, must take a greater interest in Israel education.

Sending students to Israel is essential. Birthright Israel is long overdue to abandon its stubborn refusal to take high school students to Israel. The data has shown these trips are invaluable for promoting Jewish identity and a greater understanding of Israel. Students need to be educated while they are vulnerable and impressionable, and before they become subject to indoctrination and propaganda by Israel’s detractors on college campuses.

Many teachers are also petrified of conversations about Israel that might create controversy and incur the wrath of parents.

More kids should be sent to Jewish summer camps, which have also been found to have a significant impact on promoting Jewish identity and a greater understanding of Israel. Fewer than 100,000 Jews attend roughly 160 camps.

I am more reluctant to recommend that parents send their kids to day schools because of the current state of Israel education and exorbitant costs involved. Then again, as one bumper sticker said, “If you think education is expensive, try ignorance.” Students will learn more about Israel in a Jewish school than in a public one. Parents, however, must be actively involved to see that the school is teaching the aleph-bet of Israeli history, does not shy away from advocacy training and uses reliable textbooks such as (my) Israel Matters: Understand the Past, Look to the Future; resources on the Palestinian-Israel conflict such as Myths and Facts; and primary documents available in the Jewish Virtual Library.

Parents of public-school students must be even more vigilant; for example, by checking the history textbooks and bringing problems to the attention of school officials. This will be even more critical if some of the egregious aspects of ethnic-studies curricula are introduced.

If you can’t afford day school, explore the Israel education opportunities available from local synagogues and youth groups. If it is lacking, parents need to lobby for creating and strengthening these resources.

Before selecting a university, parents should investigate the campus climate, the quality of the Hillel, Chabad and Jewish-studies departments. They should look for courses on Israel and whether there is a study-abroad program there. They should learn about the faculty. Do you want to send your child to a school, for example, where professors sided with Hamas and condemned Israel during “Operation Guardian of the Walls”? (See, for example, Harvard, Yale and Princeton.)

If we fail to act now, we will have no one to blame but ourselves when future polls show greater acceptance of the big lies about Israel and increased Jewish alienation from their homeland.

Mitchell Bard is a foreign-policy analyst and an authority on U.S.-Israel relations who has written and edited 22 books, including “The Arab Lobby, Death to the Infidels: Radical Islam’s War Against the Jews” and “After Anatevka: Tevye in Palestine.”

Caption: Map with the flag of Israel.
Credit: Vrezh Gyozalyan/Shutterstock.