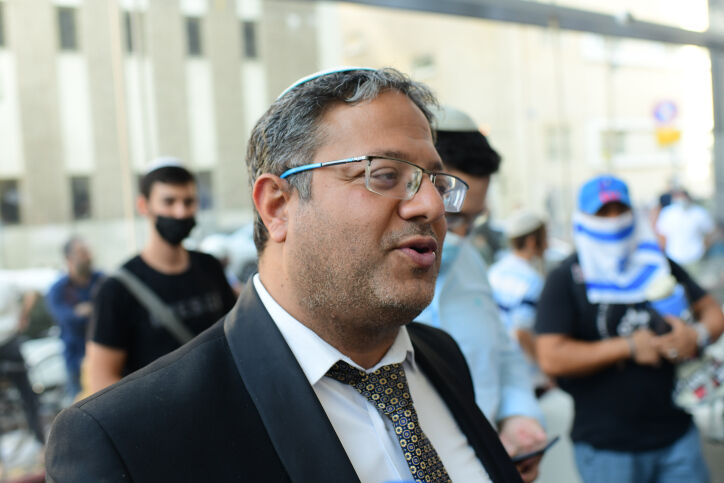 Ben-Gvir, whose faction is part of the hawkish Religious Zionist Party, was addressing the Knesset during a session on coronavirus restrictions. He began his address by acknowledging the Knesset speaker and other lawmakers, but notably snubbed Tibi, who, as deputy speaker, was filling in for Knesset Speaker Mickey Levy.

Tibi interrupted Ben-Gvir and demanded that he be addressed as “Mr. Deputy Speaker,” as is Knesset tradition, but Ben-Gvir refused, saying, “You are a terrorist, not a ‘Sir’ or a ‘Mr.’ You should be in the Syrian parliament, not here.”

After calling Ben-Gvir Tibi to order three times, Tibi then ordered Knesset ushers to remove him from the podium and then the plenary hall. When Ben-Gvir refused to leave, the ushers had no choice but to physically drag him from the hall.

“Ahmad Tibi is a terrorist who gave security guards instructions exceeding his authority. This will not be allowed to stand,” Ben-Gvir said in a statement following the incident.

“There is no clause in the Knesset bylaws that requires me to address whoever is chairing the [Knesset] session as ‘Mr.,’ certainly not if he is a terrorist who was [PLO head Yasser] Arafat’s adviser and should be in the Syrian parliament,” he said.

He further alleged that Tibi had abused his authority, saying he would demand Levy remove him as deputy Knesset speaker.

Tibi released a statement condemning Ben-Gvir’s conduct, calling it “disgusting, violent and racist behavior that must be stopped.”

The Joint List MK added that he would bring the case before the Knesset Ethics Committee once it is formed.

Caption: Itamar Ben-Gvir, head of the Otzma Yehudit Party, demonstrates outside the Facebook branch in Tel Aviv on July 15, 2021.
Photo by Tomer Neuberg/Flash90.