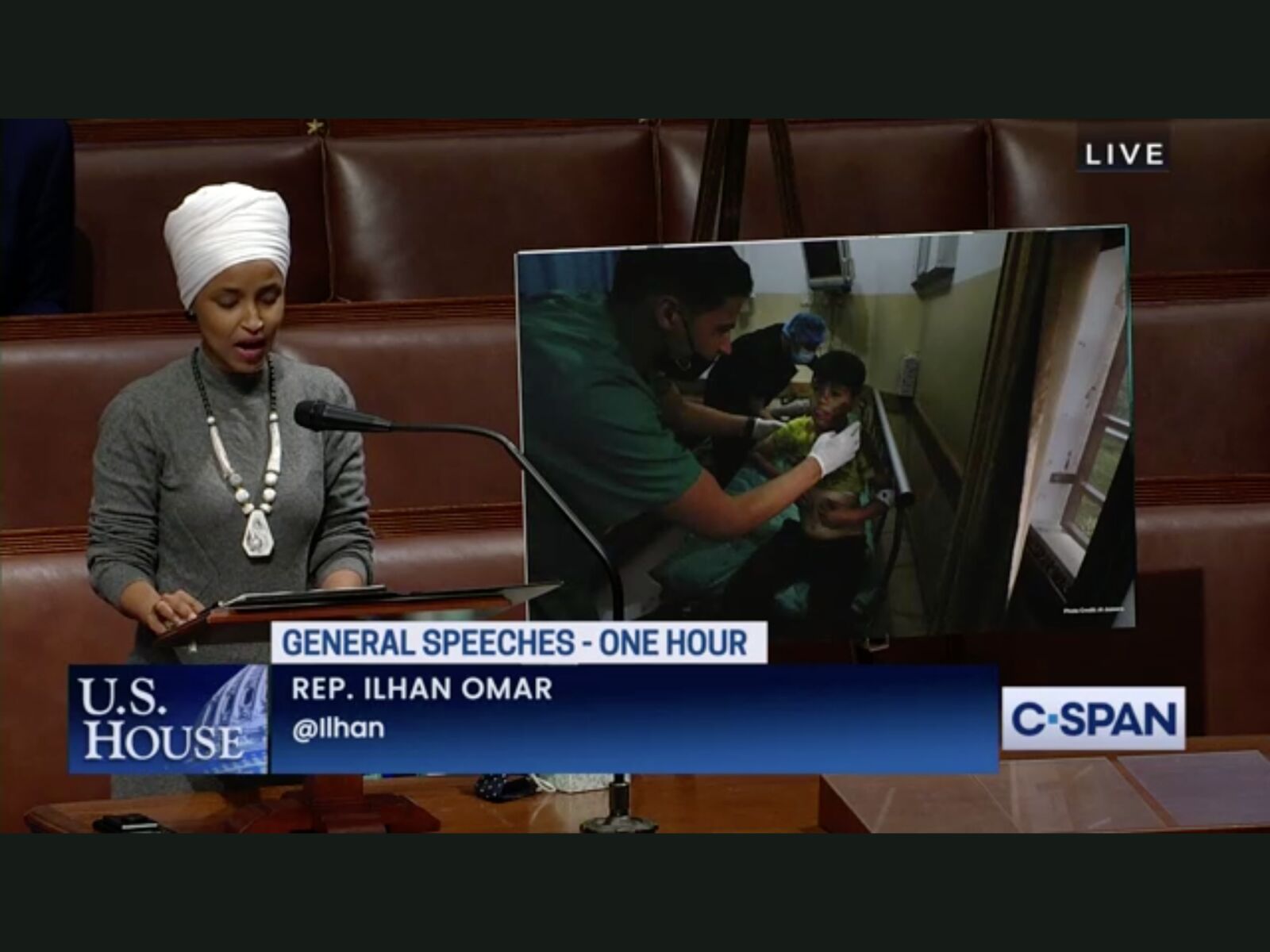 The tweet questioned the Jewish Democrat group and its executive director on their silence following the latest round of anti-Jewish, anti-Israel rhetoric by Rep. Ilhan Omar (D-Minn.).

The Republican Jewish Coalition (RJC) publicly stated on Monday that it will not comply with a threat from the Jewish Democratic Council of America (JDCA) of legal action if a tweet it posted last month criticizing the JDCA is not deleted.

The tweet questioned the Jewish Democrat group and its executive director, Halie Soifer, on their silence following the latest round of anti-Semitic rhetoric by Rep. Ilhan Omar (D-Minn.), who following the 11-day May conflict between Israel and Hamas in the Gaza Strip, compared the United States and Israel to the Taliban and Hamas terror organizations, and said that Jewish lawmakers were not partners in seeking justice while retweeting JCDA’s tweet condemning Islamophobia.

In a July 28 letter to the RJC attorney Jeffrey Altman, Ezra W. Reese, the attorney for the JDCA and Soifer, stated that the parties considered the tweet defamatory and pointed to an instance when JDCA condemned Omar.

In February 2019, JDCA tweeted that Omar had “absolutely the wrong response,” to criticism after Omar (in a tweet that has since been deleted) said that political support for Israel in the United States was due to money—the “It’s all about the Benjamins, baby” comment.

“Enough is enough with the anti-Semitic tropes,” JDCA tweeted.

The letter continues by linking an article on the JDCA website where Soifer is quoted condemning Omar and calling for her to apologize.

Reese’s letter demanded that RJC’s tweet be immediately deleted and for the RJC to no longer make the claim that JDCA and Soifer have never condemned Omar.

In its public response, the RJC said it will not remove the tweet, and that it “will not be silenced, canceled, or intimidated.”

They stressed that the JCDA’s letter could point to just one condemnation of Omar two-and-a-half years ago. “Where were their condemnations of [Omar’s] other recent anti-Semitic comments and tweets?” the RJC said in a news release.

‘Taking a consistent stand’ against anti-Semitism

In contrast, the RJC said that it had been condemning anti-Semitic rhetoric and Holocaust comparisons among the Republican and Democratic party lawmakers for decades and even supported Rep. Randy Feenstra (R-Iowa) in a successful primary challenge to former Rep. Steve King because of King’s record of racist statements.

“The RJC does not shy away from taking on anti-Semitism and bigotry wherever they appear,” the release stated. “Instead of demanding the RJC delete its tweet that asked why JDCA does not stand up against anti-Semitic rhetoric by political figures the way the RJC does, it would have been better for JDCA to try and give examples of their organization taking a consistent stand against anti-Semitic rhetoric from Ilhan Omar and her ilk.”

In a response letter sent to Reese, Altman also cited a tweet from Soifer from April 29, where she claimed that the RJC was silent for four years of the Trump administration when “democracy was persistently [and] overtly attacked by [President Donald] Trump.”

“By your standard, the first statement is clearly false, because there are many examples where the RJC has been outspoken when it has disagreed with President Trump and elements of the Republican Party,” Altman wrote, citing a 2017 article in The Washington Post of the RJC condemning Trump’s actions in the aftermath of the deadly riots in Charlottesville, Va.

Soifer’s tweet stated that the RJC’s lack of acknowledgment of the results of the 2020 election until 60 days after gave fodder to the Jan. 6 riots at the U.S. Capitol.

Altman wrote that the tweet accused RJC of a crime by feeding the violent insurrection and that the accusation had no merit.

“The RJC believes that a careful examination of the record will show that the JDCA consistently remains silent in the face of vicious anti-Semitism from leading Democrats. In contrast, the RJC has a decade’s long track record of acting forcefully and speaking out whenever anti-Semitism has reared its ugly head in the Republican Party, as well as the Democratic Party, among independents and in the media,” wrote Altman. “The RJC’s tweet is in the nature of protected political speech and hyperbole. It posed a rhetorical question that could have been answered simply that the JDCA did condemn such anti-Semitism in February 2019. … The public will be best informed by making the record clear and having a free exchange of ideas and positions unfettered by intimidation and legal threats.”

Concluded Altman: “If forced to do so, the RJC is prepared to respond in kind, but will not be silenced.”

Caption: Rep. Ilhan Omar (D-Minn.) speaking on the floor of the U.S. House of Representatives on the conflict between Israel and Palestinians, May 13, 2021.
Source: Screenshot/C-SPAN.