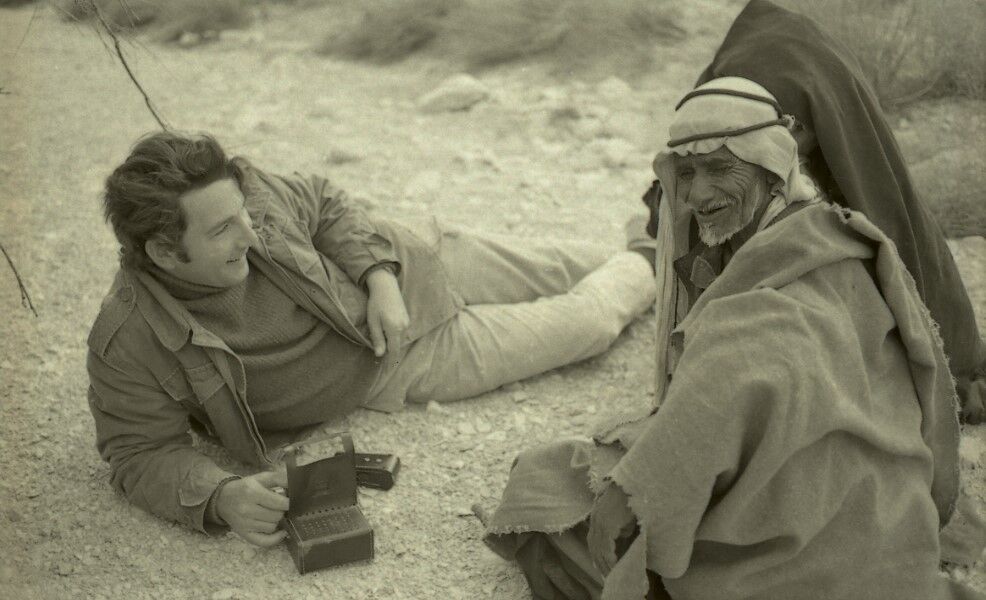 Clinton Bailey has conducted research in the deserts of Sinai and the Negev over the past five decades, establishing himself as a world-renowned expert on the Bedouin.

The Clinton Bailey Archive of Bedouin Culture is now coming to the National Library of Israel.

The archive includes such resources as 350 hours of interviews and recordings from Bailey’s research, as well as hundreds of images, slides and video clips documenting Bedouin tribal culture over the past half-century.

The archive presents primary-source materials from the last generation of elderly Bedouin who grew to maturity in the pre-modern period of Bedouin culture. They represent a treasure trove of an orally transmitted ancient culture that researchers view as irreplaceable.

Born and raised in the United States, Bailey has made Israel his home for more than 50 years. He earned his bachelor’s degree in Islamic history and culture from the Hebrew University of Jerusalem in 1962 and his Ph.D. from Columbia University in 1966.

According to Raquel Ukeles, head of collections at the National Library of Israel, “The irreplaceable materials in the archive will serve members of the Bedouin community interested in learning about their past, as well as scholars in Israel and abroad for generations to come. Safeguarding and opening access to these materials is central to the mission and mandate of the National Library of Israel, as we work diligently to preserve the treasures of all of Israel’s communities and share them with diverse audiences locally and internationally.”

The materials will be made freely accessible online through a comprehensive process that will include:

Transcribing all audio materials in order to make them searchable and easily accessible.

Comprehensively describing and cataloging their contents in Arabic and English, including explanations of specific vocabulary and customs encountered in the recordings, many of which are not familiar to modern scholars.

Opening full digital access to the materials via a dedicated online portal in three languages (English, Arabic and Hebrew) and the National Library of Israel’s catalogue.

Caption: Researcher Clinton Bailey interviews a Bedouin elder in 1972.
Credit: Boris Carmi from the Meitar Collection at the National Library of Israel Archives.