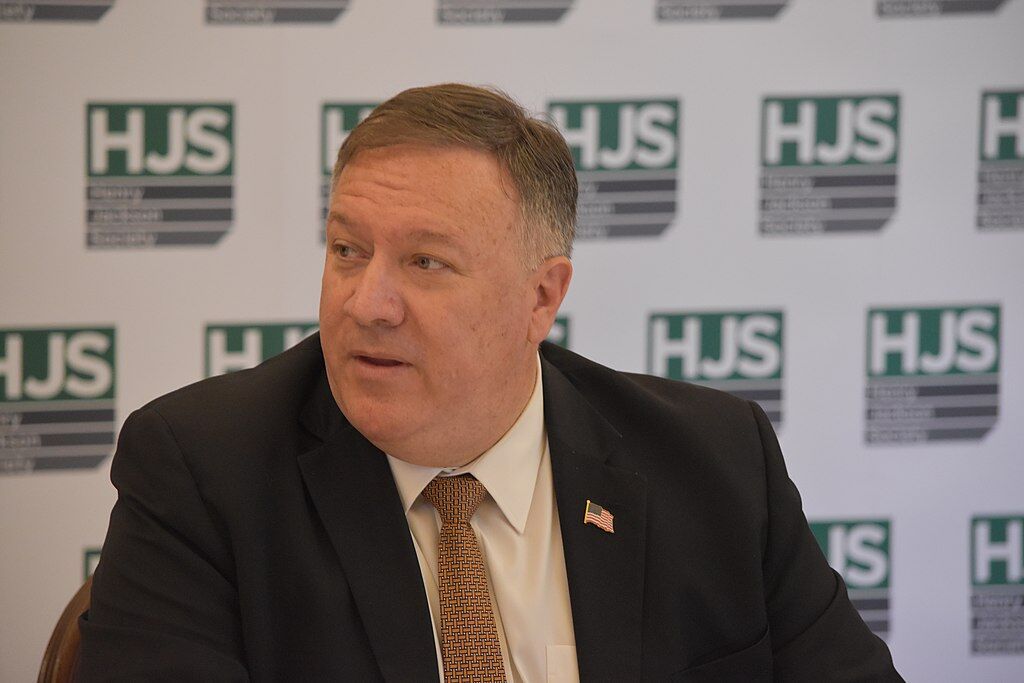 Secretary of State Mike Pompeo on Wednesday thanked Saudi Arabia for helping “in the success” of the peace deals between Gulf Arab states and Israel, and called on the Kingdom to consider establishing diplomatic relations with the Jewish State.

Pompeo held talks in Washington with visiting Saudi Foreign Minister Prince Faisal bin Farhan Al Saud in which the two sides said they would be discussing many regional issues.

“I also raised how the Abraham Accords brokered by President Trump contribute greatly to our shared goals for regional peace and security,” Pompeo said. “They reflect a changing dynamic in the region, one in which countries rightly recognize the need for regional cooperation to counter Iranian influence and generate prosperity.”

“We hope Saudi Arabia will consider normalizing its relationships as well, and we want to thank them for the assistance they’ve had in the success of the Abraham Accords so far,” Pompeo said.

The Secretary pushed the Palestinian issue, saying the U.S. is hoping “that the Kingdom will encourage the Palestinian side to return to dialogue and negotiation with Israel.”

“Doing so would only add to the Kingdom’s tremendous progress in promoting regional peace and prosperity on many fronts,” Pompeo added.

For his part, Prince Faisal continued Saudi policy of not addressing the issue of peace with Israel directly, saying only that his delegation was in Washington “to discuss our joint efforts to promote regional stability and security, and address common threats, including the Iranian regime’s continuing destabilizing behavior. ”

The Prince spoke more about the strength of Saudi-U.S. ties and the centrality of the Iranian threat to the region, as well as Saudi Arabia’s desire to end the civil war in Yemen that it has been involved in militarily since 2015.

President Trump said last month he hoped that the Saudis and other countries would also make peace with Israel.

Although the Saudis have not made any direct official government statements about the two Gulf neighbors establishing diplomatic ties with Jerusalem, Saudi media has shifted in support of the move and has become critical of Palestinian leadership.

The dramatic change in the way Israel is portrayed in Saudi media may be Riyadh laying the groundwork among the public for a possible future warming of ties.

There is a softening Saudi tone towards not just Israel, but also the Jewish religion. A Saudi newspaper recently published an op-ed by World Jewish Congress President Ron Lauder who praised the Abraham Accords, and a Saudi news website put up Rosh Hashana greetings for the Jewish new year holiday last month.

Another major indicator of Saudi warming was the government decision shortly after the announcement of the Abraham Accords that the Kingdom would open its skies to air traffic “from all countries.” Although Israel was not mentioned explicitly, the result is that flights to and from Israel that previously spent hours detouring around the Arabian peninsula can now overfly Saudi Arabia, ending a seven-decade ban on Israeli air traffic.