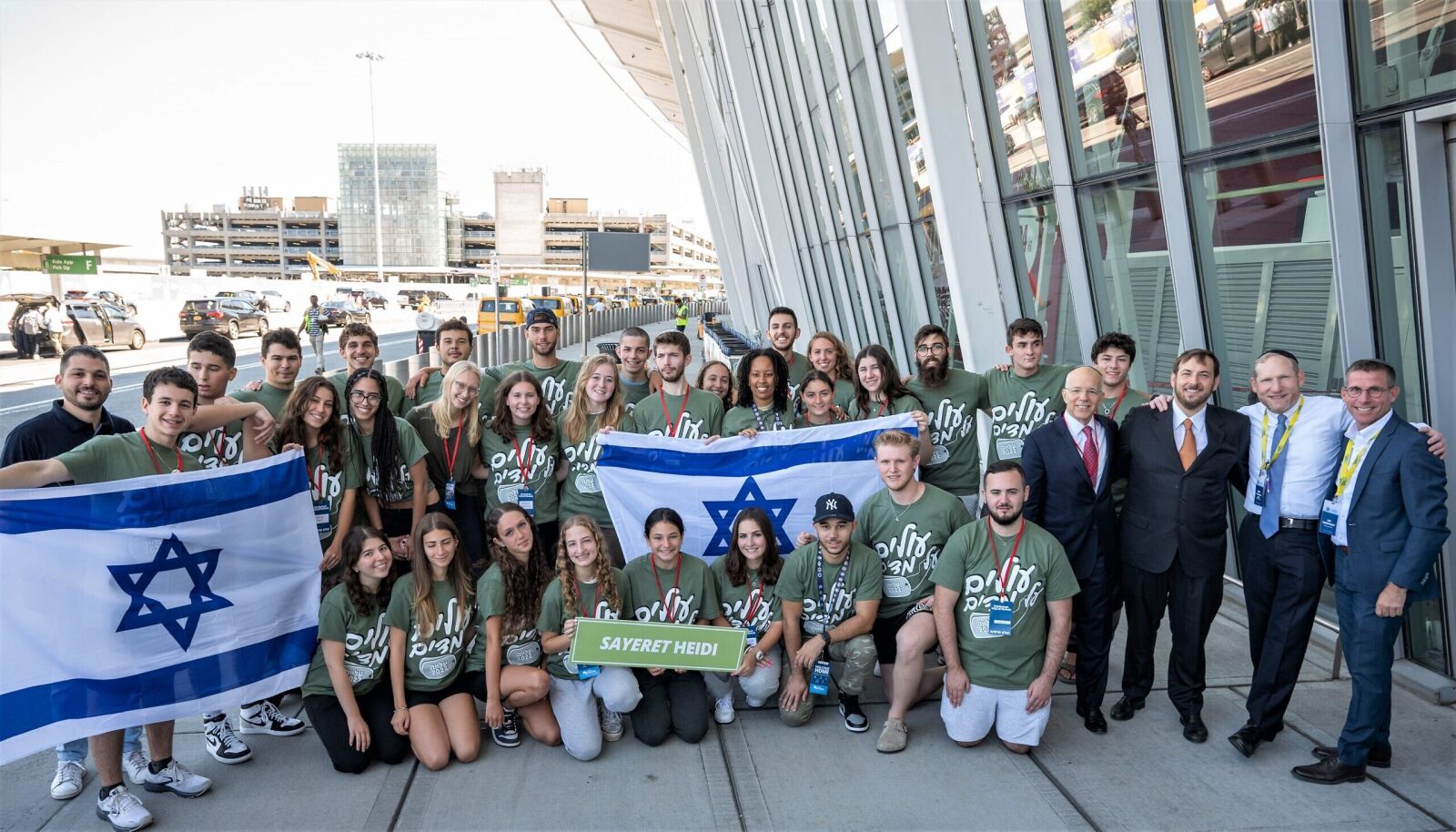 The group of new immigrants included 31 families, 99 children, seven retirees and 40 soldiers who will serve in the Israel Defense Forces.

With lots of hugs and plenty of tears—and a mix of joy and anticipation, and excitement of the unknown—225 Jews from North America said goodbye to family and friends and left John F. Kennedy International Airport in New York on a Tuesday afternoon flight bound for their new homes as Israeli citizens.

The group of new immigrants (olim) included 31 families, 99 children, seven retirees and 40 lone soldiers who will serve in the Israel Defense Forces. The youngest new citizen is 2 months old; the oldest is 75.

At a ceremony before everyone boarded the plane, Nefesh B’Nefesh founder Rabbi Yehoshua Fass told the group” “Many people view Israel as a destination. You view it as destiny.”

Consul General of Israel in New York Asaf Zamir, who lived in Florida until he was 11 years old, told the crowd that “the beginning isn’t always easy, but as Israelis, it is very important to us that you are coming.”

Also during the presentation, the lone soldiers were called onto a podium as Israel’s national anthem “Hatikvah” was sung.

Once the formal program was complete, the classic 1960s song “Leaving on a Jet Plane” began to play as families snuck in one more hug before saying goodbye.

Emotions overflowing, one young new immigrant who was off to serve as a lone soldier was overheard telling her friend and fellow soldier: “Don’t look back. We have to look forward.”

Since its founding in 2002, Nefesh B’Nefesh has helped more than 75,000 people make aliyah. This was the group’s 63rd charter flight to Israel. It was coordinated through El Al Israel Airlines in partnership with Israel’s Ministry of Aliyah and Integration, the Jewish Agency for Israel, Keren Kayemeth LeIsrael (KKL) and Jewish National Fund-USA, and co-sponsored by Heidi Rothberg from Ireland, Lou Cohen from Baltimore and the Grossman family from New Jersey.