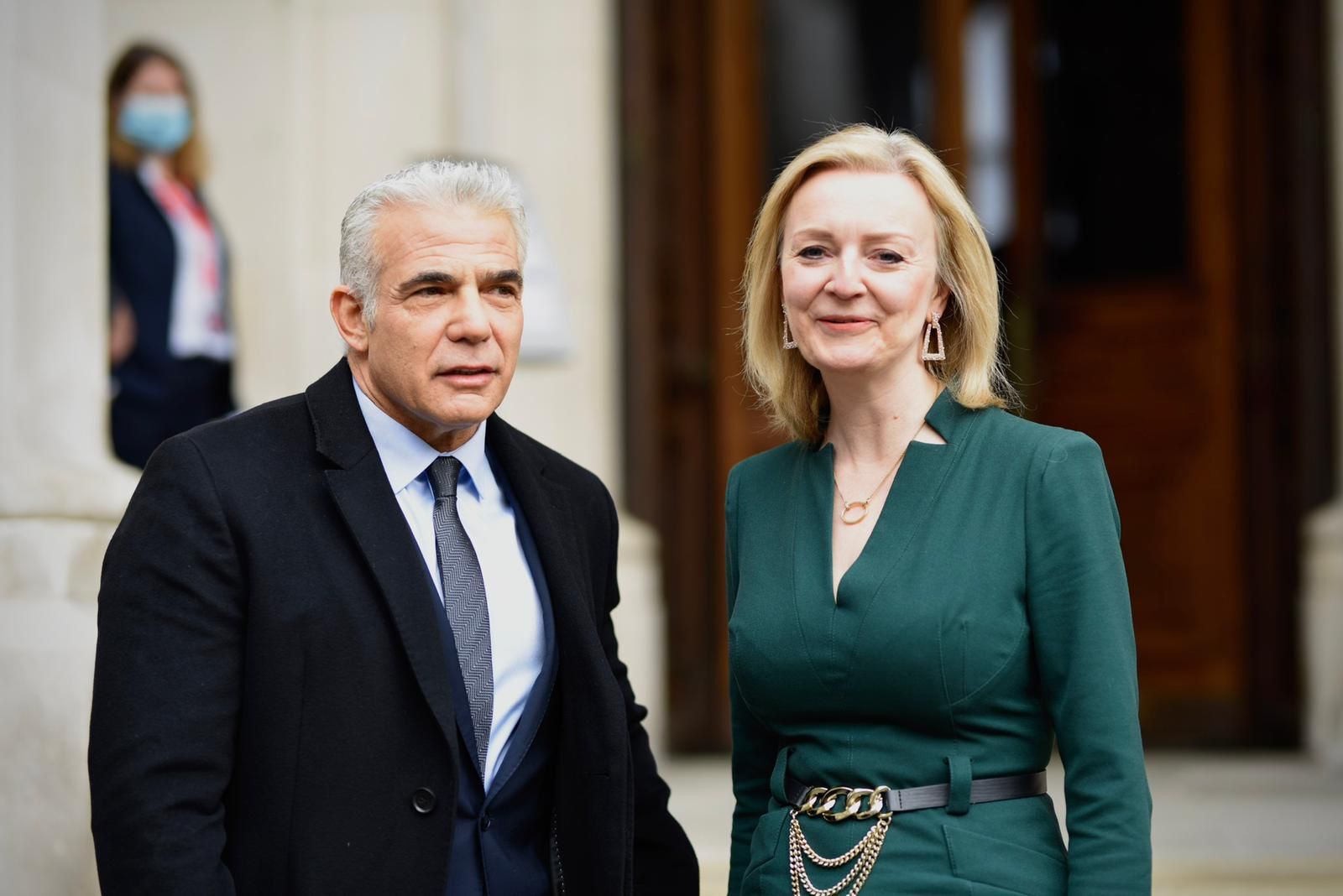 Israeli, U.K. foreign ministers hail the agreement, saying it will transform “our close friendship into an even closer partnership.”

Hailing the deal in Telegraph op-ed, Lapid and Truss said the agreement would transform “our close friendship into an even closer partnership.”

“As outward-looking, patriotic nations, we know that the best way forward lies in building stronger economic, technological and security ties with like-minded partners,” they wrote.

“This pact will spur technological breakthroughs, which have the potential to change the world, create high-quality jobs in both our countries and provide tools to our security forces,” they added, promising that the partnership will help both countries maintain their leadership edge.

Lapid and Truss also addressed Iran’s efforts to obtain nuclear weapons, promising the two countries would “work night and day to prevent the Iranian regime from ever becoming a nuclear power.”

“Many fear the skies are darkening worldwide due to the pandemic, the threat of terrorism and hostile actors seeking the upper hand. But we believe that, with the right approach, freedom and democracy will prevail,” they wrote.

Lapid arrived in London on the evening of Nov. 28 to “begin a round of diplomatic meetings, against the backdrop of the opening of nuclear talks in Vienna,” according to Israel’s Foreign Ministry.

Lapid is scheduled to head to Paris on Tuesday to meet French President Emmanuel Macron.