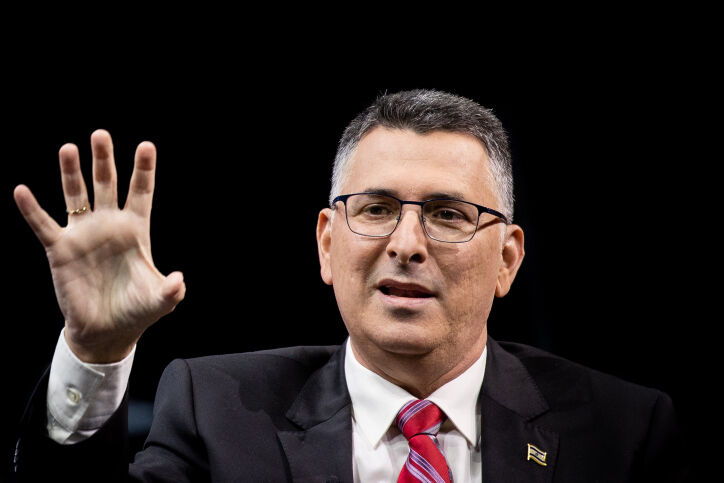 The Knesset passed in its first reading on Monday a bill that would introduce term limits for the premiership.

Justice Minister Gideon Sa’ar, who initiated the bill, said during the plenum vote that the proposed legislation enjoys widespread, though quiet, support in the Likud Party

“I know that the faction which has in it the most support for the law in this house is the Likud,” said Sa’ar, according to Channel 12.

However, opposition leader and Likud head Benjamin Netanyahu tweeted on Monday: “[Prime Minister Naftali] Bennett and Gideon [Sa’ar], who didn’t pass the electoral threshold, want to deprive Israeli citizens of their right to vote. It will not work for them. We will win and repeal their Iranian laws.”

Opponents of the bill charge that it was designed to specifically target Netanyahu.

Sa’ar claimed that in the past, Netanyahu “enthusiastically supported” term limits, and questioned why he now opposed them, according to Channel 12.

In parallel with Sa’ar’s proposed legislation, the opposition has introduced its own bill, seeking to limit the term of Supreme Court justices, according to the report.

Knesset member Bezalel Smotrich of the Religious Zionism Party, who introduced the bill, said, “The tenure of a Supreme Court judge gives the individual in office great judicial and public power that touches, directly and indirectly, on most areas of life in the country. Naturally, a long tenure in this powerful position can lead to an excessive concentration of power in the hands of the person holding it, and this can have detrimental consequences.”