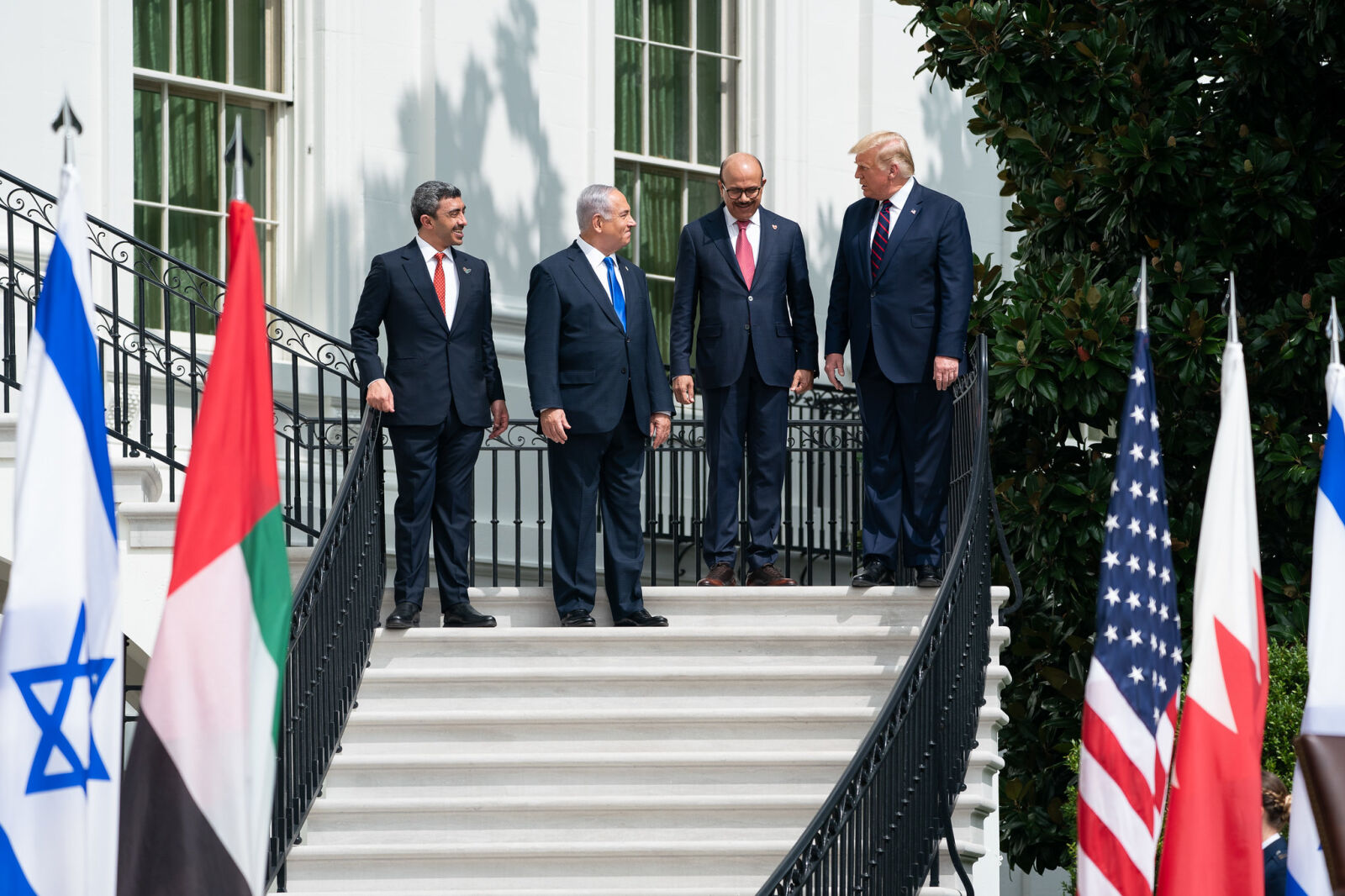 The foreign-policy establishment is jeering his push for Sudan to normalize relations with Israel, but this is just one more example of why we shouldn’t trust them.

President Donald Trump’s approach to foreign policy has been subjected to harsh criticism since before he took office. Trump’s emphasis on criticizing past American interventions in foreign conflicts and his decision to employ the term “America First” to describe his intentions led many to believe that he was steering the country on an isolationist course. His beliefs about alliances seem, with a few exceptions, purely transactional rather than rooted in notions about common values. But it’s also true that he has proved a disappointment to genuine isolationists. And as the administration’s latest foreign-policy initiative—an effort to force Sudan to normalize relations with Israel—has shown, not only is he not shy about exercising American influence, his ideas about the right way to intervene abroad are actually an improvement over the policies of the past.

Like just about everything Trump has attempted, the Sudan gambit is being bitterly criticized by the so-called “experts.” They say the administration’s heavy-handed approach to Sudan, in which the president has offered to remove that country from the State Department’s list of state sponsors of terror in exchange for its paying compensation to American victims of terrorism and normalizing relations with Israel is a mistake.

As an article from the Brookings Institution—a think tank that is a bastion of the establishment and from which it is likely that former Vice President Joe Biden will recruit some of his foreign-policy team—made clear, Trump’s strategy is considered too risky by the so-called “adults.”

At the heart of their concerns is a genuine dilemma about whether pushing Sudan to recognize Israel will be counterproductive.

Until not very long ago, Sudan had one of the most dangerous and most despised governments on the planet. The regime led by dictator Omar al-Bashir plunged that country into three decades of famine and war, committed genocide in the Darfur region and hosted terrorists like Al-Qaeda’s Osama bin Laden, in addition to Hezbollah and radical Palestinian groups. Bashir started to move away from his old allies by breaking ties with Iran in 2016. But his overthrow last year has surprisingly led to an attempt to transition Sudan to democracy. Still, the new government is far from stable as the chronically poverty-stricken nation is undergoing a severe economic crisis that has led to shortages of food and medicine.

It desperately needs Western help but can’t get it as long as it remains on the list of terror sponsors. That gives the United States enormous leverage over the Sudanese, and characteristically, Trump intends to use it. He has dangled the removal from the terror list in front of the Khartoum government while also negotiating a settlement of claims against the nation from victims of terrorism for which Sudan had responsibility, such as the 1998 Al-Qaeda attacks on the U.S. embassies in Kenya and Somalia, and the assault on the U.S. Navy destroyer USS Cole in 2000.

But Trump wasn’t satisfied with this paltry return for a move that could make all the difference for Sudan’s future. He has also insisted that Sudan normalize relations with the State of Israel.

According to Trump’s critics, that’s a mistake. They say forcing Sudan to join the United Arab Emirates and Bahrain, which recognized Israel in the Abraham Accords signed last month at the White House, is an unnecessary irritant that will endanger the progress the country has made in the last year. And, according to some in the Islamic world, ties with Israel will delegitimize the Sudanese reformers. Iran’s Supreme Leader Grand Ayatollah Ali Khamenei is also openly threatening Sudan’s government with retaliation on Twitter if it joins those making peace with Israel.

There’s little doubt that some in Sudan, which has a tradition of support for radical Islamists that goes back to the late 19th century when a movement led by a charismatic figure called “the Mahdi” temporarily defeated British and Egyptian occupation forces, are opposed to normalizing relations with Israel. Sudan is in a different position than Egypt and Jordan, which made peace treaties with the Jewish state in order to opt out of the cycle of war that they had been pushed into by the Palestinians, or the UAE and Bahrain that stand to profit from trade with Israel.

The establishment not only thinks that pressuring Sudan to recognize Israel is a terrible idea. Just as they dismissed or minimized the Abraham Accords with the Gulf states, they accuse Trump of seeking this goal for political reasons in order to secure a triumph before Election Day. They’re also the same people who said normalization with Israel in the Arab world would have to await the creation of a Palestinian state, and that moving the U.S. embassy from Tel Aviv to Jerusalem would set the region aflame. They were not only wrong about those decisions; it’s equally clear that if normalization is put on hold, it may never happen.

This disagreement sums up in a nutshell America’s mistaken approach to the Arab world in the decades before Trump arrived in the White House. So long as Americans indulged Palestinian extremism, as well as Arab and Muslim extremism, normalization with Israel was impossible. Like President Barack Obama’s push for more “daylight” between the United States and Israel, as well as his quest for a rapprochement with Iran, this attitude encouraged rejectionism, not peace. An administration determined to appease Islamists would never have embarked on the same course as Trump and would not have achieved his successes.

The demands being made upon the Sudanese spring from the same instincts that led Trump to insist that NATO members pay more for their own defense, as well as his tough approach to Iran and his decision that once ISIS was largely defeated, the U.S. need not continue to participate in the endless conflict in Syria. Decry it as transactional if you like, but an American foreign policy guided by a desire to pursue U.S. national interests is common sense, not a blunder.

It’s easy to question some aspects of this strategy. But just as the Kurds—whom many, including me, feared would be destroyed by Trump’s Syria move—survived, the Sudan move is no invitation to disaster. It’s a smart decision to take advantage of a unique opportunity to force Sudan into the peace camp, which won’t likely recur anytime soon.

Trump’s boast of not involving the United States in new wars is deprecated by some of his critics as isolationism. But, as we’ve seen with his tough stance on Iran, and his effort to maneuver the Gulf States and now Sudan into peace with Israel, he is not afraid of foreign interventions. Rather than military adventures, Trump has used America’s economic and diplomatic leverage (what Obama administration staffers would have called “soft power”) to advance U.S. interests, a category into which making Israel less isolated and more secure falls.

No matter who wins the presidential election and what they call their foreign policy, that’s a strategy that future administrations should follow.