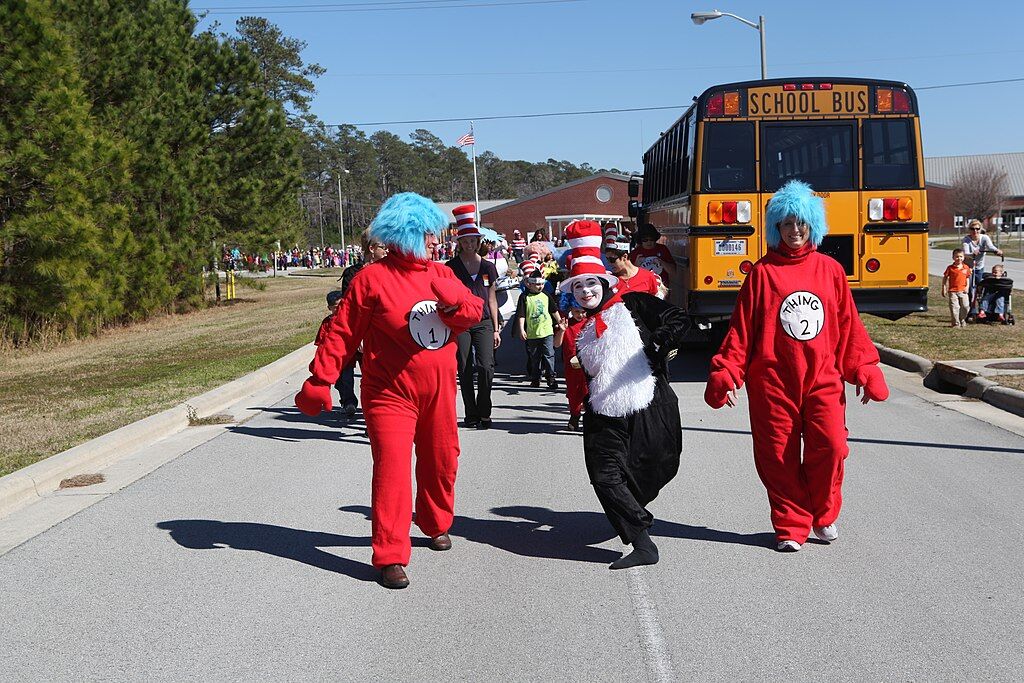 Dr. Seuss Enterprises decided to preemptively cancel itself in the face of mounting racism accusations on Tuesday, the birthday of the company’s namesake, author Theodor Seuss Geisel (March 2, 1904 – Sept. 24, 1991).

Dr. Seuss Enterprises released a statement saying that the company, working with a panel of experts, had decided to cease publication and licensing of the following titles: And to Think That I Saw It on Mulberry Street, If I Ran the Zoo, McElligot’s Pool, On Beyond Zebra!, Scrambled Eggs Super!, and The Cat’s Quizzer.

“These books portray people in ways that are hurtful and wrong,” the statement said.

“Ceasing sales of these books is only part of our commitment and our broader plan to ensure Dr. Seuss Enterprises’ catalog represents and supports all communities and families,” said the company.

Seuss’ birthday has been celebrated as Read Across America Day since 1998. The observance was launched by the National Education Association (NEA) as a day to encourage children and teenagers to read.

A presidential proclamation is typically issued on Read Across America Day speaking of the importance of reading and mentioning that the day falls on Seuss’ birthday.

For example, President Barack Obama’s 2016 proclamation said that Seuss “used his incredible talent to instill in his most impressionable readers universal values we all hold dear.”

Obama said that Seuss “emphasized respect for all” and “reminded us not to take ourselves too seriously.”

In contrast, this year’s proclamation by President Joe Biden made no mention of Seuss.

Instead, the proclamation contained interesting facts such as, “Studies also show that reading improves our memory, helps us become better problem solvers, and even reduces the chance of developing cognitive disorders such as Alzheimer’s down the road.”

When asked about the president’s omission of Seuss, Press Secretary Jen Psaki said that Biden’s proclamation was actually written by the Department of Education.

“You could certainly speak to them about more specifics about the drafting of it,” she said.

“The day is also a chance to celebrate diverse authors whose work and lived experience reflect the diversity of our country. And that’s certainly what they attempted to do or hope to do this year,” said Psaki.

In February 2019, critical race scholar-activists Katie Ishizuka and Ramon Stephens published a paper titled, “The Cat is Out of the Bag: Orientalism, Anti-Blackness, and White Supremacy in Dr. Seuss’ Children’s Books.”

“The presence of anti-Blackness, Orientalism, and White supremacy span across Seuss’ entire literary collection and career,” said Ishizuka and Stephens, who advocated that the NEA reconsider Read Across America Day’s focus on Seuss and use their platform to promote anti-racist books by authors of color.

According to Ishizuka and Stephens, even Seuss’ The Sneetches, a book widely regarded as a statement against racism, “actually reinforces White supremacy by upholding deficit-based, disempowered narratives of oppressed groups and promoting colorblindness.”

Seuss, though not a Jew, was awarded the title of “Honorary Jew” by then-Jerusalem mayor Teddy Kollek in 1969 for his contributions to worldwide literacy and in recognition of his friendship for the Jewish people, according to the Jewish Press.

Seuss was a political cartoonist during World War II, publishing many cartoons in opposition to anti-Semitism and the Nazis.