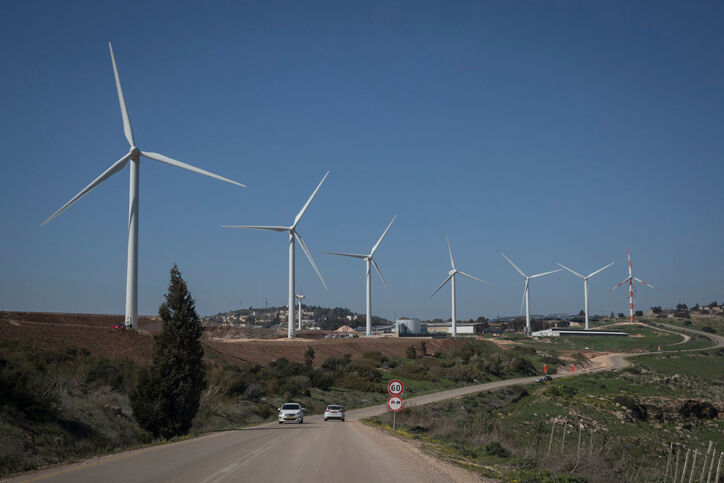 Israeli Energy Minister Elharrar needs to know that when developed properly, natural gas, though not renewable, has minimal negative effects on the environment.

Israeli Energy Minister Karine Elharrar recently announced that the government would not renew the country’s gas-exploration licenses in the coming year, but would instead focus solely on renewable energy.

Her intent is to meet or exceed the energy goal that Israel set forth in November at the United Nations Climate Summit (COP26) in Glasgow: to supply energy from 30 percent renewables by the end of the decade. While on the surface this seems like a lofty aim, in the Israeli context, it may have significant negative consequences. These should be carefully and objectively weighed by the government before it plunges into developing more industrial-scale wind and solar installations.

Natural-gas development has been a game-changer for Israel, which went from a nation dependent on imported energy—while hostile neighbors flourished in energy exports—to being a net exporter of energy. One can argue, as Elharrar does, that Israel ought to reserve more natural gas for future generations and reduce the amount that it exports. Yet when developed properly, natural gas, though not renewable, has minimal negative effects on the environment.

Unlike that which Israel produces from its offshore fields, much of the world’s natural gas comes from land-based wells. Each of these wells requires the injection (fracking) of more than 7 million gallons of fresh water, and subsequent treatment of the same water, now brackish, after injection. Israel’s natural-gas wells, which meet 70 percent of the country’s energy demands, do not have this problem.

Yet, the government, in its plan for the north of the country, refers to the Golan Heights as the renewable energy capitol of the nation. The current small sea of giant windmills is a blight on the otherwise beautiful biblical and pastoral views for both residents and visitors.

Tour guides, local communities and environmental interest groups have been vocal in their opposition to this. And do we really need more windmills, as are planned for the area? Requiring optimal wind location, they will no doubt be placed on ridgetops, making them visible for miles in all directions.

Israel is the spring and fall stopover for 500 million birds traveling from Europe to Africa and back. And windmills chop up birds.

Commercial solar operations are also planned for the Golan. In the Negev, the 240-meter (787.4 feet) tower and surrounding acres of rotating mirrors can be seen for miles, marring the serene desert landscape. Some 4,000 dunams (1,000 acres) have been set aside for such an installation in the Golan. Do we really need more of these in either area?

Both wind and solar need back-up power sources. Energy is only produced when the wind blows and the sun is shining on mirrors that need to be tilted in the right direction during core daylight hours.

Though it’s true that once they’re in place, the energy costs of the facilities are very low, they involve transmission challenges as a result of energy production in remote, pristine locations. New powerline corridors are costly and also a blight on the landscape. The economic and environmental advantages of industrial-scale wind and solar for Israel, therefore, are not readily apparent.

Energy lobbyists can be aggressive in trying to influence government decisions and public opinion. The anti-coal campaign in the United States was initially financed, to the tune of millions, by the oil and gas industries. Members of Knesset are undoubtedly subject to similar pressure. But Israel needs to make decisions based on its long-term interests.

Energy demand is obviously increasing in Israel, along with its growing population, but not radically, as energy use becomes more efficient. The projection, based on current technology, is for an increase of 2 percent per year in energy demand. No doubt future technology will be more efficient and, along with conservation measures, may well reduce that projected demand. So, while Israel’s future energy demand requires careful planning, the country is thankfully not in a crisis situation.

If the reason for the decision not to renew its gas-exploration licenses is due to commitments made at the climate conference, energy and conservation goals can be met in other ways, by increasing gas and electric power in the transportation sector, for example, among many other options.

Israel should also consider more robust tree-planting in both rural and urban areas. Cities are where the real heat islands affecting local climate are, and where Israel can make an immediate difference.

If the government is making policy based on its wish to show the “international green community” that it’s meeting or exceeding its commitments, it should know that the green community abroad is already calling these efforts “greenwashing”—yet another reason not to attempt to appease the outside world.

Israel’s land is holy. We are currently in the midst of a shmita year, a sabbatical during which the land is allowed to rest—as if it has a life force of its own. We all need energy, but we need to carefully weigh our alternatives before jumping onto the industrial-scale wind and solar bandwagon.

Minister Elharrar, please reevaluate what are no doubt difficult decisions with the preciousness of the land of Israel in mind.

Gary Schiff is a natural-resource consultant and guide connecting Israel and the United States and a former energy director for the U.S. Forest Service.