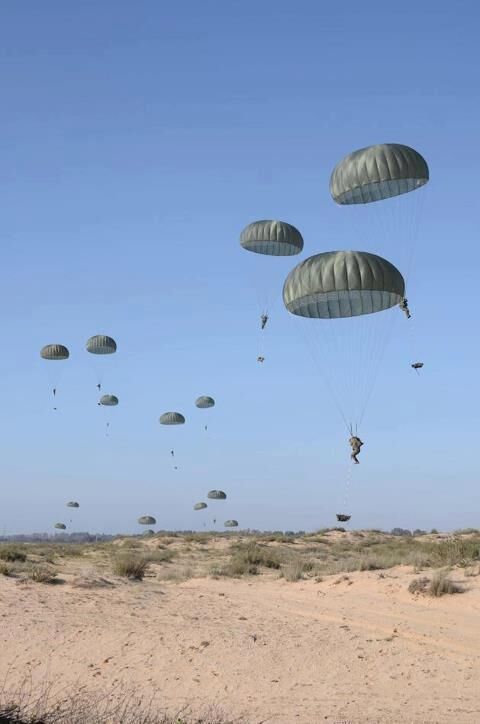 Honoring the memory of Hannah Senesh, a Jewish soldier and poet killed by the Nazis, 100 current and former Israeli paratroopers participated in a commemorative jump on what would have been her 100th birthday.

The jump, organized by the IDF, took place in Slovenia, not far from where Senesh had parachuted on an ill-fated mission.

Eitan Senesh, a nephew of the heroine, criticized the IDF for including Hungarian soldiers to participate. “It hurts our family. I don’t think that the people who murdered my aunt should celebrate her 100th birthday.

Born in Budapest in 1921, Senesh made aliyah in 1939. She went on to join the Haganah, the Jewish self-defense force that was the forerunner of today’s IDF. During World War II, Senesh enlisted in the British Woimen’s Auxiliary Air Force, where was trained in parachuting.

In 1944, Senesh and two colleagues parachuted into Yugoslavia from where they were to make their way to Hungary to meet up with partisans. But she was captured at the Hungarian border when gendarmes found a British transmitter. She was brutally tortured by agents of the fascist Arrow Cross regime, convicted of treason and executed by a firing squad — all at the age of 23.

In 1950, Senesh’s remains were re-interred in Jerusalem’s Mt. Herzl Cemetery, and in 1993, a Hungarian military court officially exonerated her.

Senesh was also a poet who wrote in both Hebrew and Hungarian. Her best known poems, “A Walk to Caesarea” is more commonly known as “Eli, Eli” or “God, My God,” and the optimistic “Blessed is the Match” are widely read.

After the jump, the Israeli delegation was due to inaugurate a memorial to Senesh in Cakovec, a now Croatian town where she was imprisoned.