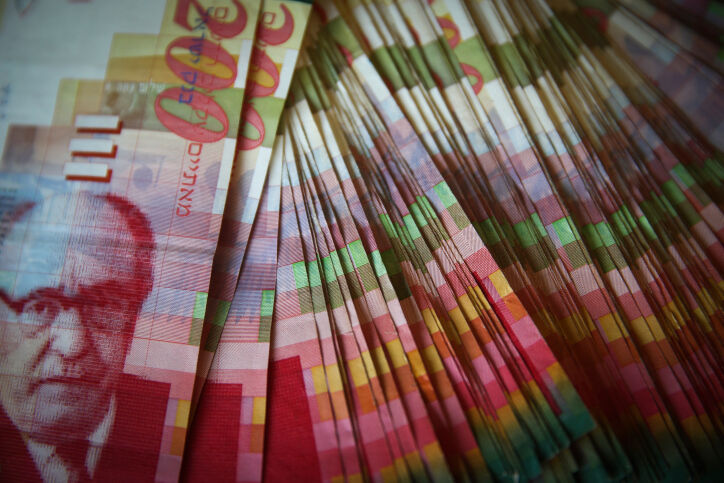 Israel’s decision to form a dedicated agency to enable the transfer of funds to the Palestinian Authority so it can, in turn, pay terrorists, is nothing short of morally bankrupt.

The State of Israel has demanded that Europe and the United States impose financial sanctions on the Palestinian Authority due to the fact that it insists on maintaining a policy of making payments to terrorists. What are we supposed to tell them now, when we are doing the exact same thing?

The lax policy towards eradicating terrorism in Gaza has been in place for years, long before the current government was installed, and it has been promoted in various and bizarre versions by all seemingly right-wing governments.

These days, however, this absurdity has reached new highs: state authorities are now actually in the process of forming an agency that will skirt state laws in order to enable the Palestinian Authority to pay terrorists. Yes—this is exactly what it sounds like.

In 2015, Bank Hapoalim and Discount Bank informed the Finance Ministry that they were severing their business ties with Palestinian banks that transfer P.A. payments to terrorists, for fear of being prosecuted under Israel’s counter-terror laws.

The decision was not made in a void: the same year saw a U.S. federal court order the P.A. to pay $655 million in damages to victims of terrorism. The ruling was partially based on the financial assistance Ramallah affords terrorists and its monthly payments to security prisoners jailed in Israel. Soon afterward, a verdict was handed down against the Arab Bank for financing terrorism, also in a federal court in the United States, which concluded in a $1 billion settlement in favor of the victims.

Israel’s response to the local banks’ decision was to force its financial institutions to keep up the practice, i.e. fund terrorism. The Finance Ministry urged Israeli banks to continue maintaining business relations with Palestinian banks, assuring them of state indemnity for any lawsuit they may face, as well as full state assistance in the event they are prosecuted. Is there a greater absurdity than this?

After victims of terrorism appealed to the High Court of Justice against the decision, the state exempted commercial banks from providing services to Palestinian banks. But Israel did not give up and in a move that can only be described as morally bankrupt, the state recently announced that it will establish a new mechanism, in the form of an independent company that would provide financial services to Palestinian banks.

In doing so, the state will, in effect, allow and endorse the transfer of payments from Palestinian banks to Palestinian prisoners and the families of terrorists.

Can you comprehend the magnitude of this absurdity? This is the same State of Israel that requires European Union member states and the United States to impose financial sanctions against the P.A. over its “pay-for-slay” policy. What are we going to say now, when we adopt the exact same policy?

The constant fear of Israeli governments of a flare-up of violence has become the agenda, and it blows up in our face time and again. A payment mechanism for murderers is nothing short of national humiliation. How can we look the families of the victims in the eyes?

Nitsana Darshan-Leitner is an Israeli lawyer and the president of the Shurat HaDin Law Center. Her best-selling book “Harpoon: The Covert War Against Terrorism’s Money Masters,” co-authored with Samuel Katz, has just been released in Hebrew.