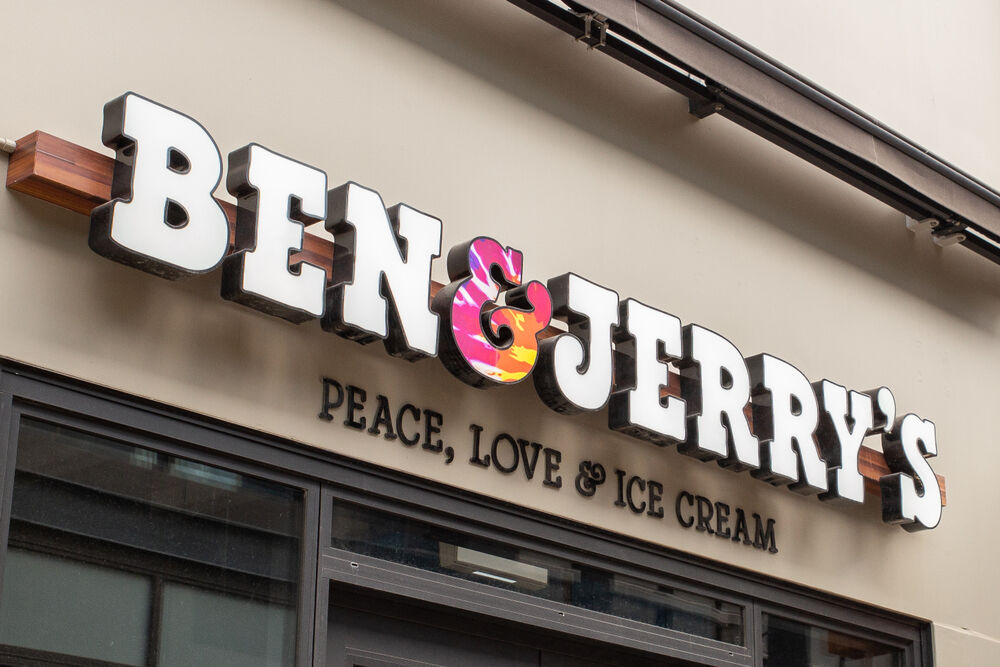 Some issues simply go too far, and Ben & Jerry’s decision to stop selling its ice cream in “Occupied Palestinian Territories” was one of those.

After months of bitter disagreements, it was shocking to see Benjamin Netanyahu finally agree with the rival who took over his beloved throne, Prime Minister Naftali Bennett. But some issues simply go too far, and Ben & Jerry’s decision to stop selling its ice cream in “Occupied Palestinian Territories” was one of those.

“Now we Israelis know which ice cream NOT to buy,” tweeted Netanyahu. Bennett, according to his office, “made it clear that he views with utmost gravity the decision by Ben & Jerry’s to boycott Israel, and added that this is a subsidiary of Unilever, which has taken a clearly anti-Israel step.”

This temporary rapprochement between political foes is consistent with much of the Jewish world. How do we explain such widespread distaste for the Ben & Jerry’s decision?

I see two key factors, both having little to do with partisan politics. First, the decision clarified the true mission of the BDS movement—to push for a boycott of ALL of Israel. The movement’s reaction to the announcement made that clear, calling for ending all sales and operations in “Apartheid Israel.” If there’s one thing most Jews agree with, it is that boycotting Israel proper (pre-1967 borders) is out of line.

What’s more, Ben & Jerry’s is coming dangerously close to doing just that. Unlike previous companies subjected to boycotts, such as Sodastream, Ben & Jerry’s makes its ice cream inside Israel proper. It doesn’t even operate any ice cream stores over the 1967 lines; all it does is sell to individuals or vendors such as supermarkets and gas stations.

By targeting sales to the West Bank rather than settler products, Ben & Jerry’s is setting an alarming precedent.

There’s even confusion about whether Ben & Jerry’s will still sell its products inside Israel, as was initially suggested by parent company Unilever, which may have spoken too soon. In any case, as reported in The Jerusalem Post, the boycott criteria already set by Ben & Jerry’s “would make any Israeli or foreign company that helps stock a [West Bank] supermarket with those products susceptible to boycotts. Even the European Union doesn’t ban the sale of its products to the settlements.”

Regardless of where one sits on the political spectrum, Ben & Jerry’s has crossed a line that repulses much of the mainstream Jewish community.

The second way that line has been crossed is a familiar one—singling out the Jewish state. Will Ben & Jerry’s now boycott China to protest the ethnic cleansing of Uyghurs? What other atrocities will it protest through national boycotts? And why pick only on Israel?

These are not partisan questions; they are human ones. We’ve seen this singling out of Israel over and over by groups that ignore genocides and mass murders to go after the world’s only Jewish state. For decades, the United Nations, which reserves the majority of its condemnations for Israel, has led this anti-Zionist parade that effectively has signaled that it’s always open season on the Jewish state.

When a beloved brand joins the anti-Israel parade so loudly and forcefully, it concentrates the mind. It reminds us, first, of the power of the anti-Israel movement to intimidate, and, second, that regardless of our political disagreements, sometimes it’s worth uniting for a specific cause.

The unfair and discriminatory targeting of Israel is one such cause.

David Suissa is editor-in-chief and publisher of Tribe Media Corp, and “Jewish Journal.” He can be reached at [email protected]