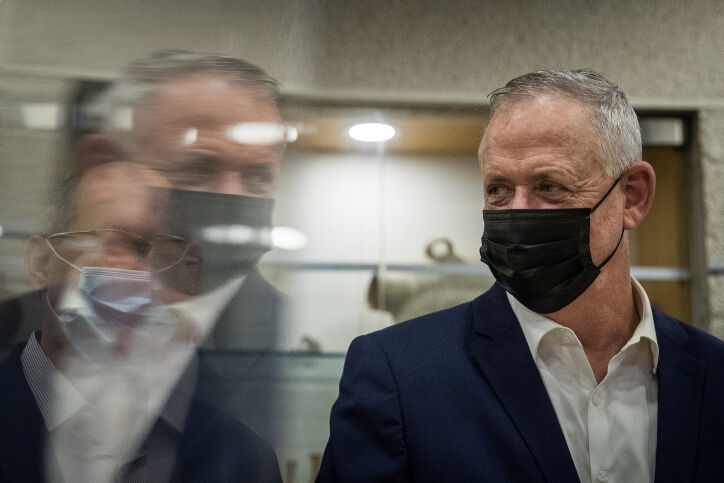 Israel Hayom via JNS
By Danielle Roth-Avneri and JNS staff

Israeli Defense Minister Benny Gantz said on Tuesday that his Blue and White faction will side with the opposition on Wednesday when its motion to dissolve the Knesset comes up for a vote in the plenum, positioning him on a collision course with Prime Minister Benjamin Netanyahu and setting off a process that could result in the fourth parliamentary election in four years.

“I entered this government with a heavy heart but without qualms; I did this after I could not form a government based on my values and worldviews in the wake of three election campaigns, and under the threat of coronavirus that has put our health and the future of our children and the livelihood of so many Israelis in jeopardy,” said Gantz.

The Blue and White leader said that he joined the unity pact because there was no other option, and to stabilize the political system and help address the COVID-19 pandemic, but now Netanyahu has reneged on his part of the deal by refusing to pass a two-year budget that would ensure a rotating premiership.

Gantz said that in light of the prime minister’s conduct, he had no choice but to take action.

“I was well aware of Netanyahu’s record of being a serial violator of his own promises, but I thought that the lives of Israelis were more important and that Netanyahu would rise up to the occasion, but this did not happen,” said Gantz, adding, that Netanyahu did not “mislead me, he misled all Israelis.”

If Gantz supports the dissolution motion on Wednesday, the early election bill is all but guaranteed to move forward. However, with Likud in control of various Knesset committees, this process can be slowed down for weeks, creating room for a compromise to avert an early march to the polls.

Netanyahu called for unity in a statement on Tuesday, saying that this was no time for elections.

“We will vote tomorrow against elections and for unity. I call on Benny Gantz to do the same. The State of Israel does not need elections now,” he said.

Israel was in the midst of a “real effort” to get COVID-19 morbidity under control and secure sufficient vaccines to immunize all Israeli citizens, as well as getting more financial assistance to businesses and citizens, said the prime minister.

“We need to do it all together,” he said.

Israel’s normalization with four Muslim nations: The good news and the bad