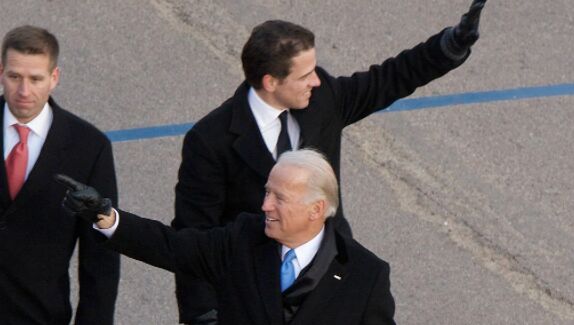 The FBI is currently in possession of Hunter Biden’s laptop, which allegedly contains emails about a meeting between his father, Joe Biden, and an executive at Burisma, Fox News reported Tuesday.

Last week, a bombshell report by the New York Post revealed that emails found on Hunter Biden’s laptop indicate that Biden introduced his father, then-Vice President Joe Biden, to a senior executive at the Ukrainian energy firm where he worked.

The elder Biden later went on to pressure Ukranian government officials to fire a prosecutor who was building a case against Burisma, where Hunter Biden sat on the board for a salary of $50,000 a month.

Hunter Biden reportedly left the laptop at a Delaware computer repair shop and never picked it up or paid for the repairs.

On Monday, John Ratcliffe, the Director of National Intelligence, slammed Schiff’s comments in a statement.

“It’s funny that some of the people who complain the most about intelligence being politicized are the ones politicizing the intelligence,” he added.

“Unfortunately, it is Adam Schiff who said the intelligence community believes the Hunter Biden laptop and emails on it are part of a Russian disinformation campaign.”

In December 2019, Joe Biden attacked a participant during an Iowa Democratic town hall event who asked him about his son’s connections to Burisma.

The man said he found it odd Biden had sent Hunter to Ukraine “to get a job and work for a gas company, [when] he had no experience with gas or nothing.”

He asked Biden if perhaps Hunter was recruited by Burisma “in order to get access to . . . the president.”

“You’re a damn liar, man. That’s not true and no one has ever said that,” Biden responded.

Biden then insulted the man, calling him “fat.”