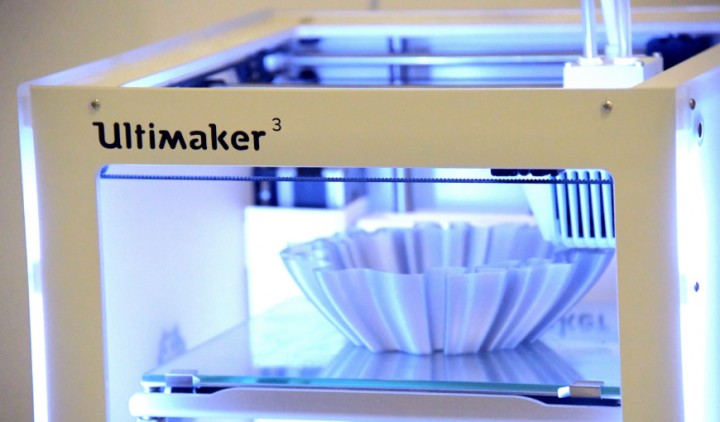 3D printing is emerging as one of the most revolutionary technologies of the last 50 years. Up until now, 3D printing has been mostly used to create prototypes and product models easily and much faster than conventional methods. But, sooner than we think 3D printing will be the unanimous choice to enhance, if not completely replace, certain aspects of the manufacturing process.

“There are some amazing advantages to 3D printing: there is greater opportunity and flexibility within the design process and the need for tooling is eliminated. 3D printed parts are lighter than conventional parts, and final assembly of products is greatly simplified,” says Benzion Cheirif, a 3D printing specialist and owner of Rav Meimad 3D Printers and Services in Israel.

Therefore, the demand for 3D printing is steadily increasing as the technology becomes more practical. “3D printing is set to fundamentally change the way we create prototypes, manufacture and produce goods and products,” concludes Cheirif.

How Does 3D Printing Work?

Traditional manufacturing requires cutting, milling or drilling raw materials into desired shapes to create a product; extraneous material is subtracted, i.e., removed from the end-product and is discarded on the factory floor.

Conversely, 3D printing utilizes only raw materials, materials that have not first been turned into sheets, tubes or blocks. They are added layer by layer to create products with almost zero waste.

Aside from all other benefits of 3D printing, zero-waste manufacturing represents an immeasurable win for the environment.

3D printing has the potential to reduce waste and vastly reduce resource waste in a huge number of industries.

“The practical, financial and environmental benefits of zero-waste manufacturing are staggering!” says Cheirif. “Our health, the health of the planet; our quality of life and that of our descendants could be immeasurably improved through widespread use of additive manufacturing.”

One of the most remarkable aspects of 3D printing is its unprecedented functionality. When utilizing traditional production methods like die casting and injection molding, one can produce an endless reproduction of the same product. However, a 3D printer can print 50 completely different components consecutively, in the same time it takes to produce 50 samples of the same item.

Practically speaking, that means that one printing cycle can produce every component of one product without the need for multiple machines or the need to change molds or tooling equipment. For example, if someone requires a spare part for their refrigerator, a 3D printer can produce all components of that part sequentially in a fraction of the time it would take to manufacture those components and put the part together in the traditional manner.

This “custom-made, real-time” functionality of 3D printers has limitless applications, especially in the consumer goods sectors. Renowned athletic shoe company Adidas is already offering a service whereby customers can design their own shoes, from soles to laces, and have the design 3D printed and ready for shipment in 24 hours!

Prototypes are the backbone of any product. According to the dictionary, a prototype is an “early sample, model, or release of a product built to test a concept or process or to act as something to be replicated or learned from.”

No matter where you are, most of the products you are surrounded by began life as a prototype that was tweaked and reworked until the designers or engineers were satisfied enough to mass-produce their idea.

Traditionally, prototypes go through several distinct stages that take it from design all the way to production. At each stage, the digital design process is paused as the physical interpretation of the design is created and submitted to testing to make sure it works as envisioned by its creator.

3D printing greatly simplifies the prototype creation process by reducing the iteration time and cost that it takes to manufacture a physical sample of the design.

The creator of the prototype can go from concept to completion in real time by printing each component of the product consecutively for quicker assembly, then only reprint those components that need tweaking.

Never has it been easier to create and assemble a prototype. Because of this, prototype creation is quickly becoming the domain of 3D printing.

“I have helped many people design and produce prototypes for a good while now.” says Cheirif, “The combination of speed, ease and quality of my CAD (computer-aided design) work combined with 3D printing technologies is a game changer in the industry.” Cheirif adds that many clients regret having spent significantly more money outsourcing overseas and waiting weeks, if not months, for iterations that he can produce in mere hours.

The industries currently using 3D printing technology are varied. These include the airplane industry, the prosthetic and hearing aid sectors (the technology is now being employed to manufacture over 95% of hearing aids around the world), toy manufacturers, spare parts manufacturers, sporting equipment and footwear manufacturers. Just recently, ICON, a startup construction technologies company in America unveiled a completely functional, 650 square foot, 3D-printed house for under $10,000!

While it may be interesting to see how 3D printing is revolutionizing the manufacturing and prototype constructing industries, the question is how the average person can make use of this technology.

The technology has advanced to the point where you can purchase a 3D printer for home use for a very reasonable price. “The neat thing is,” says Cheirif, “that by using your machine regularly, you will recoup its cost in a very short amount of time, and save money on household goods in the long run!” In fact, one study found that on average, a 3D printer regularly used at home can save a household approximately 5000 shekels a year.

Here are just some of the things you can print at home (you can download the digital specs for almost all these products):

3D Printing for Schools and Businesses

As you can imagine, there are different types of 3D printers available; from affordable desktop consumer models, to six-figure industrial machines. Cheirif searched for an affordable and reliable budget printer and found the Rav Meimad 3D printer, which he sells to the public.

“I have also begun to carry more elaborate 3D printers that feature advanced functionalities and added safety features such as Hepa filters and a fully enclosed build area,” says Cheirif. These are perfect for the more home user hobbyist, schools, and businesses, home-based or otherwise.

For example, some schools are using 3D printers to create teaching aids such as customized cake molds for cooking class, body organs for biology class, topographic maps for geography, and ancient artifacts for history class.

The applications for engineering, graphic design and architecture courses are also endless: from bridge and building miniatures to sculptures and handicrafts.

A 3D printer is also a fantastic option for a home-based business. You can create and sell custom promotional items for companies, party favors, jewelry and toys, or spare parts for appliances and other electronics. A client of Cheirif’s found her niche selling personalized water bottle labels for ganim!

“There just doesn’t seem to be a limit to the things you can achieve with the right 3D printer,” concludes Cheirif, “It really is the most revolutionary technology and is poised to take over the way things are made now and in the future.”

Benzion Cheirif is a photographer and 3D printing expert who can help design and print almost anything you can imagine.

For more information on 3D printers, printing services or the Rav Meimad (Israel’s best and most affordable 3D printer for the home which comes fully assembled and ready to print), Ultimaker, Up and Xfab 3D printers, or to make an appointment to visit his new 3D printing studio and design center, contact Benzion at 052-552-1961, [email protected] or through his website ravmeimad.com