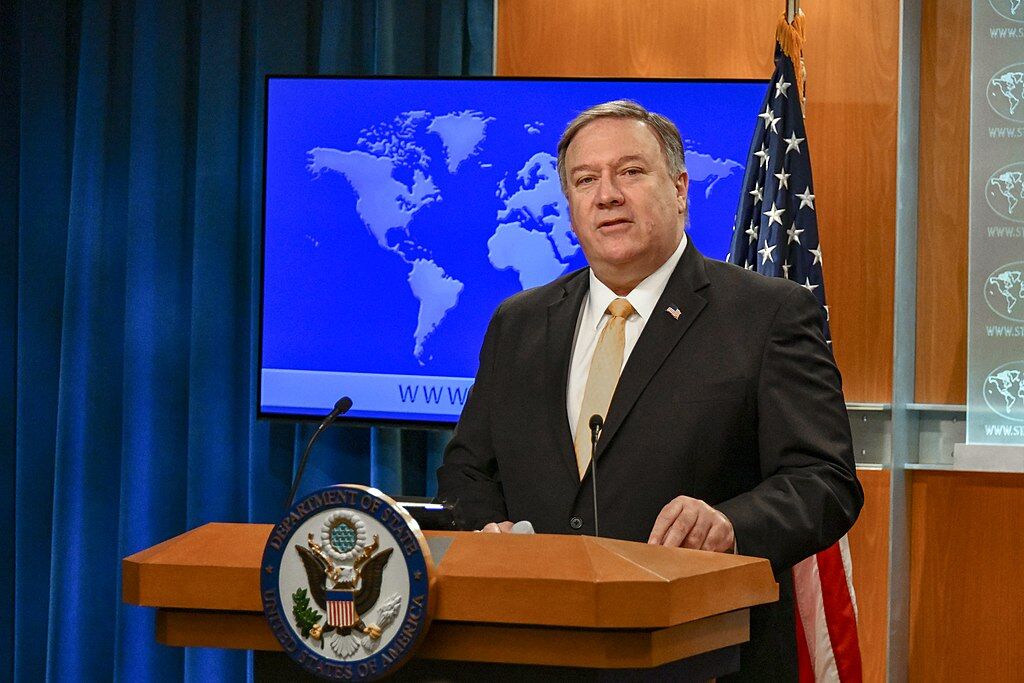 Secretary of State Mike Pompeo presented a detailed account Tuesday about how the Al-Qaeda Islamic terror group has taken root in Iran and poses a renewed threat to the world.

“Al-Qaeda has a new home base: it is the Islamic Republic of Iran,” Pompeo told reporters in a speech to the National Press Club in Washington. “We need to acknowledge it. We must confront it. Indeed, we must defeat it.”

“We ignore this Iran-Al-Qaeda nexus at our own peril,” Pompeo said. “Let’s not tolerate Iran giving al-Qaeda a second wind. Let’s not downplay the danger of Sunni-Shia cooperation in terror.”

In a thinly veiled message to the incoming Biden Administration, Pompeo said there could be no hesitation in confronting the threat posed by the terror group responsible for the 9/11 attacks on American soil that killed almost 3,000 people.

“The time is now for America and all free nations to crush the Iran-Al-Qaeda axis,” Pompeo told the reporters. “Let’s not lie to the American people about Iranian moderation and pretend appeasement will work.”

Pompeo said America had to look at the situation “as it is, not as we wish it to be.”

The outgoing secretary of state said the terror group founded by Osama Bin Laden has had a relationship with Iran for the past three decades, and the assassination in Tehran last August of top Al-Qaeda leader Abu Muhammad al-Masri was no surprise.

“The Islamic Republic of Iran has given a new operational headquarters to the terrorist network with more American blood on its hands than any other – people who are plotting fresh atrocities from Tehran even as we speak,” Pompeo said.

Al-Masri had been planning terrorist attacks against Israelis and Jewish targets around the world, and his killing came on the anniversary of the 1998 bombings of the U.S. embassies in Dar es Salaam, Tanzania, and Nairobi, Kenya that killed more than 200 people. Abdullah is believed to have been the mastermind behind the attacks.

Pompeo announced new sanctions on Iran-based al-Qaeda leaders including leaders of al-Qaida Kurdish Battalions that operate on the border between Iran and Iraq and a top al-Qaeda leader Abd al-Rahman al-Maghrebi, adding that there is now a $7 million reward for information that leads to the location or identification of al-Maghrebi.

“We want to bring him home to America for justice,” Pompeo said.