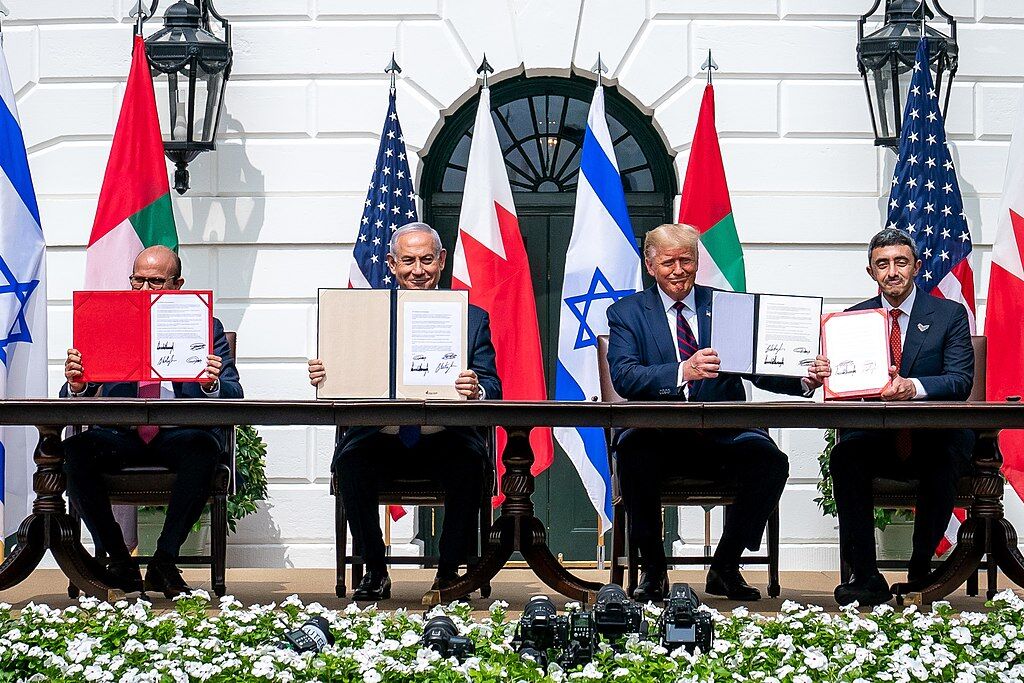 Bahrain and Israel are racing to boost ties and promote peace between the two countries, signing three new memorandums of understanding during a visit to Jerusalem by Bahrain’s Minister of Industry, Commerce and Tourism.

“We’ve signed some agreements. We have more to go, and more importantly, I think we understand this is a real peace—a peace between our peoples, a peace that will open economic benefits that were unimaginable just a few months ago, but now are coming to be,” Prime Minister Benjamin Netanyahu told his guest, Zayed bin Rashid Al-Zayani, at a press conference Wednesday.

Minister Al-Zayani did not hide the excitement surrounding the establishment of ties with the Jewish State, telling Netanyahu he was “very happy to be here in your office and your country. We have experienced a lot of good intentions since we arrived,” adding that in Bahrain they know that “the whole world is watching” to see the two sides build peace.

The Bahraini minister pointed out to the Palestinians that signing more co-operation agreements with Israel “will contribute positively to pushing Israeli-Palestinian relations, more joint projects and commercial visits in the coming period.”

“We are keen to work together in various sectors, especially in economic and tourism sectors, where we seek to build bilateral partnerships,” Al-Zayani said. “The signing of memorandums of understanding in many fields will lead to achieving economic prosperity for Bahrain and Israel, thereby ensuring more stability in the region.”