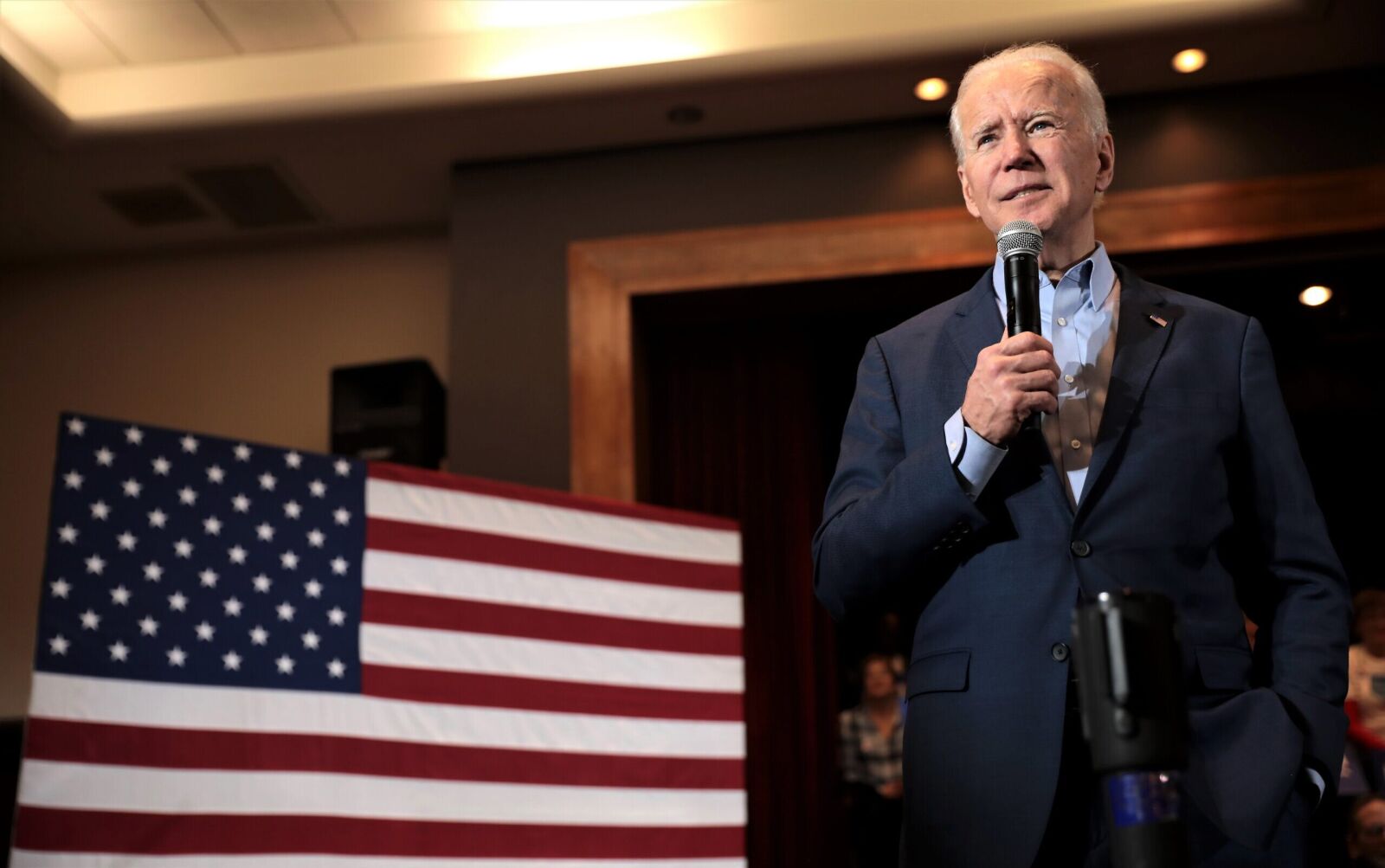 The only Russian disinformation operation here is the one being waged by the media.

There are only so many ways that media and social media companies can avoid saying, “We refuse to run this story or allow it to be seen by any human being because it might hurt Biden.”

First they claimed that it was unverified, a problem that never troubled the same papers and news networks which had spent years claiming that President Trump was a Russian agent.

After arguing that the story is unethical because it contains stolen materials, a scruple that the media failed to exercise when it gleefully rushed to dig through everything from Sarah Palin’s email account to Trump’s tax returns, they defaulted to Russia.

What’s the evidence for the Biden laptop being a Russian operation? About the same as the evidence that Trump is a Russian agent. Or, as the media might politely call it, “unverified.”

“Clearly, the origins of this whole smear are from the Kremlin, and the president is only happy to have Kremlin help in trying to amplify it,” claimed Rep. Adam Schiff. “I think we know who the driving force behind this smear has been all along, and it’s been the president and the Kremlin. The Kremlin has an obvious interest in denigrating Joe Biden.”

“They want Donald Trump to win,” Schiff argued. “He’s been the gift that doesn’t stop giving for the Kremlin, so clearly, they want to help him, so they want to denigrate the vice president.”

In Trump’s latest gift to the Kremlin, he turned down Putin’s request to extend the START treaty, while Biden has committed to a five-year extension with no preconditions.

The Kremlin is terrified of Joe “I’ll give you everything you want with no preconditions” Biden.

“The Democratic Party is traditionally closer to the so-called liberal values, closer to social democratic ideas. And it was from the social democratic environment that the Communist Party evolved,” Putin recently said. “This can be seen as an ideological basis for developing contacts with the Democratic representative.” Or, to translate that into English, we’re all Commies here.

But forget the evidence. When it comes to Russia and Trump (or any scandalous accusation and Trump), the media has the same evidentiary standards as a witch hunter with a barrel.

Let’s do something so simple and obvious that the media’s fact checkers, who are trained to consult anonymous Estonian intelligence analysts and their grandmas, would never think of it.

Look at a calendar.

John Paul Mac Isaac, the Delaware computer repair store owner who got the laptop, claimed that he came into possession of it on April 12, 2019.

Biden only announced his candidacy in late April.

That would mean that the Russians had launched their disinformation operation against Biden before he was even running with the aim of preemptively knocking him out of the primaries.

Moscow must have been terrified of the guy who wanted to send $200 million to Iran after 9/11.

But let’s say Isaac was in on it.

In September, someone Isaac was in contact with reached out to the FBI. And on Dec. 17, 2019, the FBI took the laptop into custody, and then did nothing with it.

In December, Biden was leading a three-way race between him, Bernie Sanders and Elizabeth Warren. While Biden had a lead, the race was still open, and most Democrats were undecided.

Assuming that the contents of the laptop in the custody of the FBI match the released materials, then the latest that a hypothetical Russian operation could have been launched is December.

If Democrats want to claim that the laptop was a Russian disinformation operation, then they have to argue that the Russians weren’t trying to interfere in the presidential election, but in the Democrat presidential primaries. That’s a credible argument considering Bernie’s Russian connection and that the DNC email hacks were pretty obviously meant to help Bernie’s people take over the Democrats while having no impact on the race between Trump and Hillary.

But the Democrats would rather eat Hunter’s laptop then concede that the drunk, half-naked, Castro-loving socialist singing Communist songs in a sauna might be compromised by Moscow.

And yet that’s the only way that the Russian disinformation operation claim could work.

Both are really bad for the media conspiracy theory that Russia was behind the laptop.

If Isaac was working for the Russians, then Moscow, for some incomprehensible reason, created the laptop in the fall of 2019, when Biden could easily lose, sent it to the FBI, and then did nothing for a year. That makes even less sense than reading the Steele Dossier backward.

There is literally nothing about this scenario that holds together in any way whatsoever.

Were the Russians under the impression that the same FBI that had investigated and undermined Trump would jump at the opportunity to publish photos of Hunter with a crack pipe?

And what were they trying to accomplish during the primaries, except help Bernie?

But, alternatively, the Russians created the laptop in the spring of 2019, before Biden was even running, and then cunningly dropped it off with a partially blind repairman in a small computer shop in Delaware, understanding that he would be bound to search through it and make its contents public at the precise time that they wanted it made public. How? Magic. Obviously.

And this whole entire Russian operation to rig the election depended on a small computer repair shop owner deciding not to switch from Trump to Biden during a heated election year.

That’s a hell of a plan.

Despite going to all this trouble, the Russians didn’t bother including anything truly and irrevocably damning about Joe Biden. Maybe their photoshop people just got too caught up depicting Hunter Biden’s drug use to bother photoshopping Joe snorting cocaine off rubles.

That the Russian disinformation operation talking point doesn’t pass the simplest common sense tests doesn’t bother the media. There’s a reason why they keep blaming it all on Moscow.

The best conspiracy theories can’t be disproven. And any conspiracy theory involving a foreign intelligence operation, especially one that, like the Russians, enjoys taking credit for things it had nothing to do with to boost its image and influence, is essentially impossible to disprove.

Conspiracy theories can never be disproven to the enthusiastic conspiracy theorist. Everything you do to show it makes no sense just proves how cunning the conspirators are and how likely it is that you’re working with them. So the Russian disinformation operation can’t be disproven.

But it can be proven.

The origin of the media’s obsession with Russian disinformation operations was the Steele Dossier, a piece of opposition research from the Clinton campaign, farmed out to a foreign intelligence operative who assembled it using unpaid Russian sources. These Russian sources, with supposed access to prime intelligence, were just happy to give this stuff away.

The media, which spent the next four years raving about Russian disinformation operations and which is now whining about unverified information, accepted the contents of the Steele Dossier with zero verification. It showed absolutely no interest in whom Steele was working for. And it took extensive digging to learn that it was the Clinton campaign, even as the media dismissed that as completely irrelevant to the credibility of the unverified dossier it had been relying on.

Democrats and the media fought every attempt to learn about the Steele Dossier and to question its contents. They suggested that doing so might even get some people killed.

And they happily disregarded the blatantly false and inconsistent elements of the dossier.

The Russian disinformation operation was embedded into the DOJ and the FBI, and was used to discredit the intelligence community and create the perception of an omnipotent Russia.

In short, it worked brilliantly.

Ever since, Democrats have casually thrown around claims of Russian disinformation operations to stifle, censor and suppress their political opponents. Moscow would approve.

From Russian Facebook ads to Cambridge Analytica, every media attempt to marginalize their political opponents as Russian fronts has fallen apart very badly. But the media isn’t stopping.

The documents in the Hunter Biden laptop deserve at least as much review as Hillary Clinton’s campaign serving up claims of urinating Russian prostitutes from Russian intelligence sources. The only Russian disinformation operation here is the one being waged by the media.