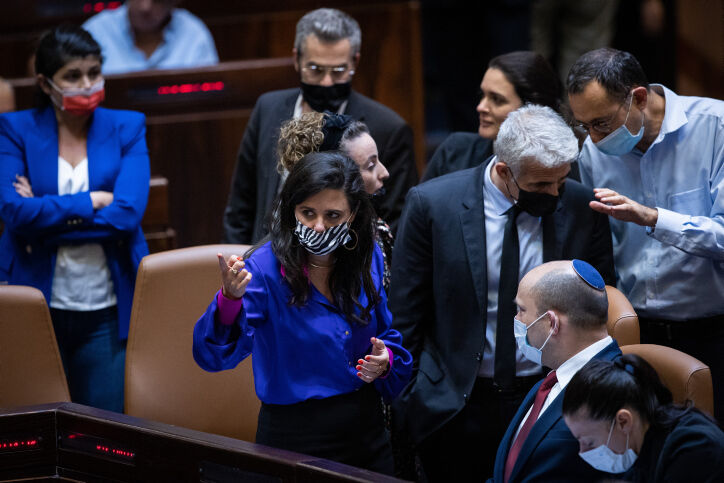 Israel Hayom via JNS
By Danielle Roth-Avneri and Yair Altman

“Today the government proved it is being held hostage by the Arab parties. We will not rest. This law will pass,” said Likud MK Avi Dichter, one of the bill's authors.

A bill to revoke the citizenship and residency of terrorists receiving stipends from the Palestinian Authority failed to pass a preliminary reading in the Knesset on Wednesday.

The bill, which was introduced by Religious Zionist Party Knesset member Orit Strock and Likud MK Avi Dichter, was voted down by 50-63. Israeli Prime Minister Naftali Bennett did not attend the vote.

According to Interior Minister Ayelet Shaked, the vote failed because Strock and Dichter violated an agreement to delay the introduction of the bill.

“These are indeed good proposals that make a lot of sense, and that I have also signed off on,” said Shaked. Strock and Dichter, she said, had agreed to a delay to allow the interior and justice ministries to reach agreements with the coalition parties.

“When it was not made clear that agreements would be reached within two weeks, [Strock and Dichter] decided to bring the proposal to a vote, which … was rejected,” she said.

Dichter was adamant that the law would ultimately pass.

“There must be a law that says you cannot have one foot financially in Ramallah and one foot as a citizen in Jerusalem,” he said. “Those who pay a terrorist’s salary will also grant them citizenship. If the ministerial committee that discussed the matter of the legislation on Sunday had decided to discuss my proposed legislation in another two weeks, I would have accepted it and been understanding. Since they postponed the discussion by four months, we decided to bring the bill to the Knesset plenum today.”

“This was a vote to determine the stripping of citizenship from Israeli terrorists who receive salaries from the Palestinian Authority, with no tricks involved: a law, plain and simple. Today the government proved it is captive to the Arab parties and that is how we will need to treat it [i.e., as a hostage]. We will not rest. This law will pass.”