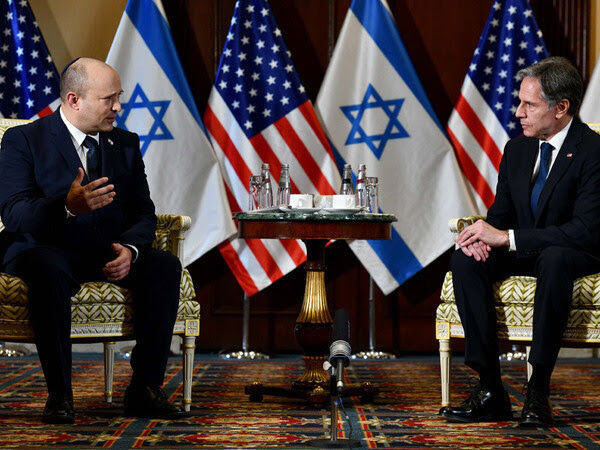 In a letter to U.S. Secretary of State Antony Blinken, Israelis who have lost loved ones to terror warn that a consulate in Jerusalem for the Palestinians would be a “complete Trojan horse.”

More than 150 Israeli families who have lost loved ones to Palestinian terrorism are reaching out to U.S. Secretary of State Antony Blinken to demand that he stop the planned reopening of a U.S. consulate in Jerusalem to provide services for Palestinians.

After Blinken announced that the United States would “move forward” with the process of opening the consulate as part of its efforts to deepen ties with the Palestinians, the bereaved families are warning that doing so will reignite terrorism in the city.

“Who like the residents of Jerusalem have experienced Palestinian terrorism first hand,” the families wrote in a letter to Blinken. “There is no reason to re-create it. This is a complete Trojan horse. The United States is Israel’s friend and ally. Don’t hurt us. Instead of encouraging the world the divide Jerusalem and turn it into a city plagued by terrorism, you must send a clear message to the world at large: Jerusalem belongs to the Jewish people.”

The letter continued: “For thousands of years, Jews’ eyes were turned toward Jerusalem. The Jewish wedding ceremony is the only one in the world in which the groom connects his fate to the fate of a city. The Jewish groom says, ‘If I forget thee, O Jerusalem, let my right hand wither ….’ If the US wants to set up a consulate or any other permanent diplomatic mission for the Palestinians – please do it in Ramallah. Why are you insisting on opening this consulate in the capital of Israel, of all places?”

Another signatory to the letter is the Zionist NGO Im Tirzu, which also initiated the missive.

“If the secretary of state wants to promote ‘peace,’ the last thing he should do is set up a special American consulate for Palestinians in the capital of Israel,” said Im Tirtzu chairman Matan Peleg.

“Apart from the fact that this tramples Israeli sovereignty and lacks any minimal respect for a friendly nation, it also signals to the Palestinians that the path of recalcitrance and resistance is acceptable, and pays off. This step will encourage nothing but terrorism,” he said.