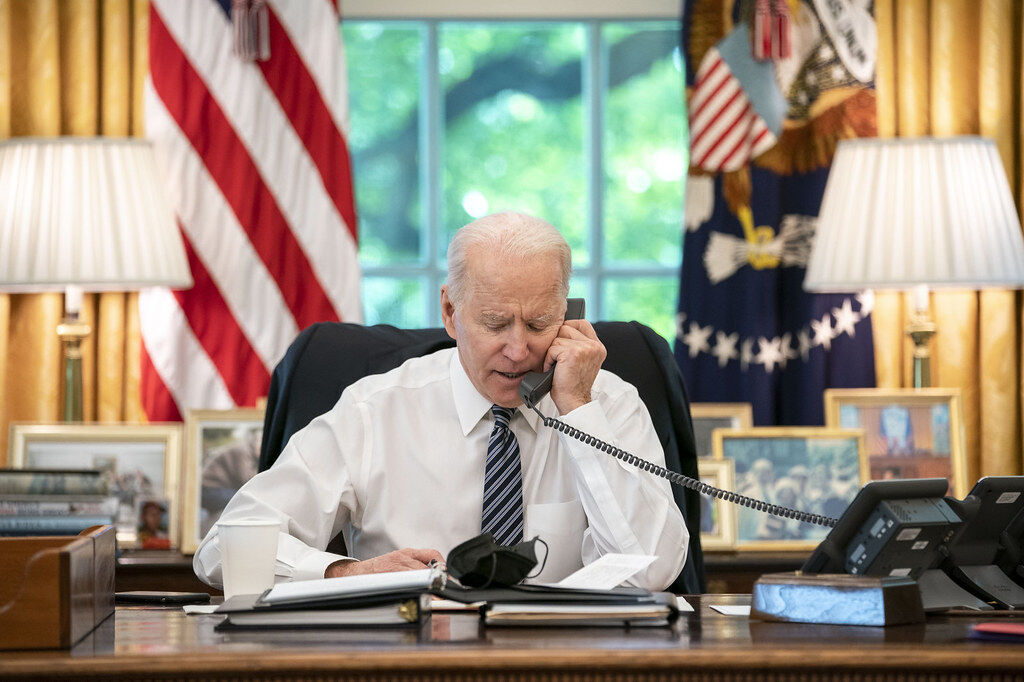 The Biden administration quickly confirmed that U.S. President Joe Biden’s scheduled July 13 visit to Israel will go ahead despite the imminent collapse of the government in Jerusalem. While administration officials stress that the U.S.-Israel partnership is stronger than any one government, the impetus for the trip, which includes a stopover in Saudi Arabia, is primarily Washington’s interest in bolstering oil supplies, analysts say.

“Biden’s focus is on Saudi Arabia. He wants to strengthen his political situation by lowering the gas and fuel prices ahead of mid-November elections in Congress,” Yoni Ben Menachem, a senior analyst at the Jerusalem Center for Public Affairs (JCPA), told JNS.

Average gas prices in the U.S. rose to $5 a gallon in June, the first time on record. Those prices reflect a 50% jump over last year and contributed to 8.6% inflation in the last 12 months ending in May, a 40-year high. Democrats fear that such numbers will spell political disaster in November.

Nevertheless, the administration has denied President Biden’s trip to oil-rich Saudi Arabia is solely about convincing its leaders to expand production. For example, White House Press Secretary Karine Jean-Pierre told reporters on June 13, “To view engagement with Saudi Arabia and energy security as asking for oil is simply wrong.” That said, the administration has already requested that Riyadh increase output and has praised the kingdom for helping secure a June 2 OPEC+ pledge to boost production by 648,000 barrels per day in July and August.

Yonatan Freeman, an international relations expert in the department of political science at the Hebrew University of Jerusalem, told JNS that Biden’s trip to Israel is also personally important to the president as he would like to change the perception that his administration is less supportive of Israel than the previous one under former leader Donald Trump. “He wants to improve the way the American public views his foreign policy agenda, particularly with the midterm elections coming up,” Freeman said.

He said the White House is seeking a foreign policy success because Biden is seen by some as “having failed, or shown a bit of weakness,” on other fronts, including in relation to Russia’s invasion of Ukraine and China’s global ascension. “This visit could bring some sort of an opportunity,” Freeman added, pointing to rumors that additional Arab countries, including Saudi Arabia, could join the Abraham Accords.

Freeman and the JCPA’s Ben Menachem agree that Biden’s visit to Israel will not be substantively altered due to the political turmoil.

“It doesn’t change the picture. It doesn’t really matter to the [Americans] who is heading the [Israeli] government, whether it’s Naftali Bennett or Yair Lapid,” Ben Menachem said. He qualified, however, that “Biden is happier with Lapid as prime minister because he’s considered more moderate.

“Of course, though, they will deny that they are intervening in Israeli politics,” Ben Menachem continued, “but it’s obvious that they will try to strengthen Lapid. That means that there will be no disputes, no collision with Lapid about any matter concerning the Palestinians or Iran. Everything will go smoothly in order to try to help Lapid,” he said, adding that the U.S. may take some concrete steps like announcing funding for Israel’s defense establishment.

In fact, Israel will reportedly demonstrate for Biden its new “Iron Beam” laser defense system, which intercepts drones and missiles, in the hope the U.S. will invest in the project.

Hebrew University’s Freeman said that the U.S. will be careful not to appear to be interfering in Israel’s domestic politics. “That could backfire, not just in the U.S. midterm election, but also in terms of the Israeli public, which doesn’t generally like foreign leaders meddling in their own political affairs.”

In Freeman’s view, Lapid will exploit the Biden trip to burnish his own political image, especially since opposition leader Benjamin Netanyahu has demonstrated serious foreign policy bona fides. “Israelis really see a big gap between Netanyahu and the other candidates on the world stage,” Freeman said, noting that Lapid is therefore eager to show the Israeli public that he, too, can perform among world leaders, a factor that might explain why he is still slated to travel to Turkey on June 23.

Caption: U.S. President Joe Biden speaks on the phone with then-Israeli Prime Minister Benjamin Netanyahu on May 12, 2021, in the Oval Office of the White House.
Credit: Official White House Photo by Adam Schultz.