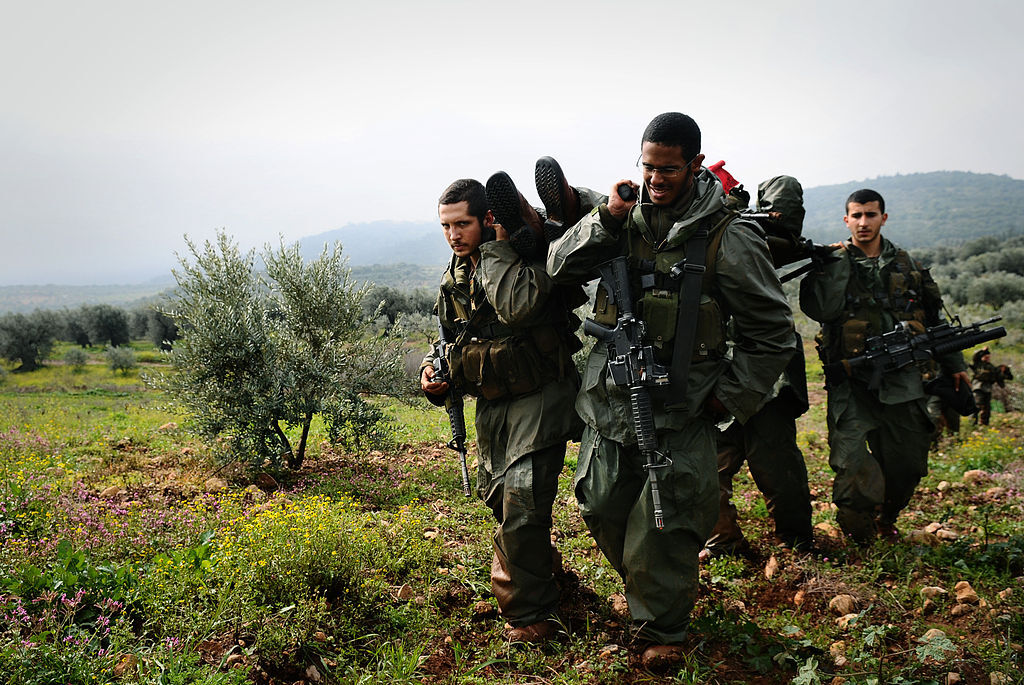 An accident on an IDF base has left an Israeli soldier in critical condition after being shot in the head.

The incident took place shortly after 10:15 p.m. on Tuesday at the Tevetz army base in the Jordan Valley.

The injured soldier, 22, was rushed to Hadassah Hospital in Jerusalem for treatment. The hospital said Wednesday that his condition remains critical.

Israel Hayom reports that the initial investigation found that the firearm, a Ruger normally used by the IDF for riot control, had recently been used at the base’s range. After training, soldiers set aside their guns near a guard position of the company. That took place around 5:00 p.m.

Later in the evening, the company commander, while taking care of the weapons, pointed one of them in the direction of the base’s medical clinic just as two soldiers walked past. The gun went off, striking one of them in the head. He fell down and quickly lost consciousness.

Three IDF medics rushed to help when they heard the accident.

“The military police are continuing to investigate the circumstances of the incident, at the end of which the findings will be submitted to the military prosecutor’s office for examination,” the IDF said.

The soldiers involved belonged to the 50th battalion of the Nahal brigade.

The investigation is already drawing lessons about weapons procedures at the beginning and end of training.