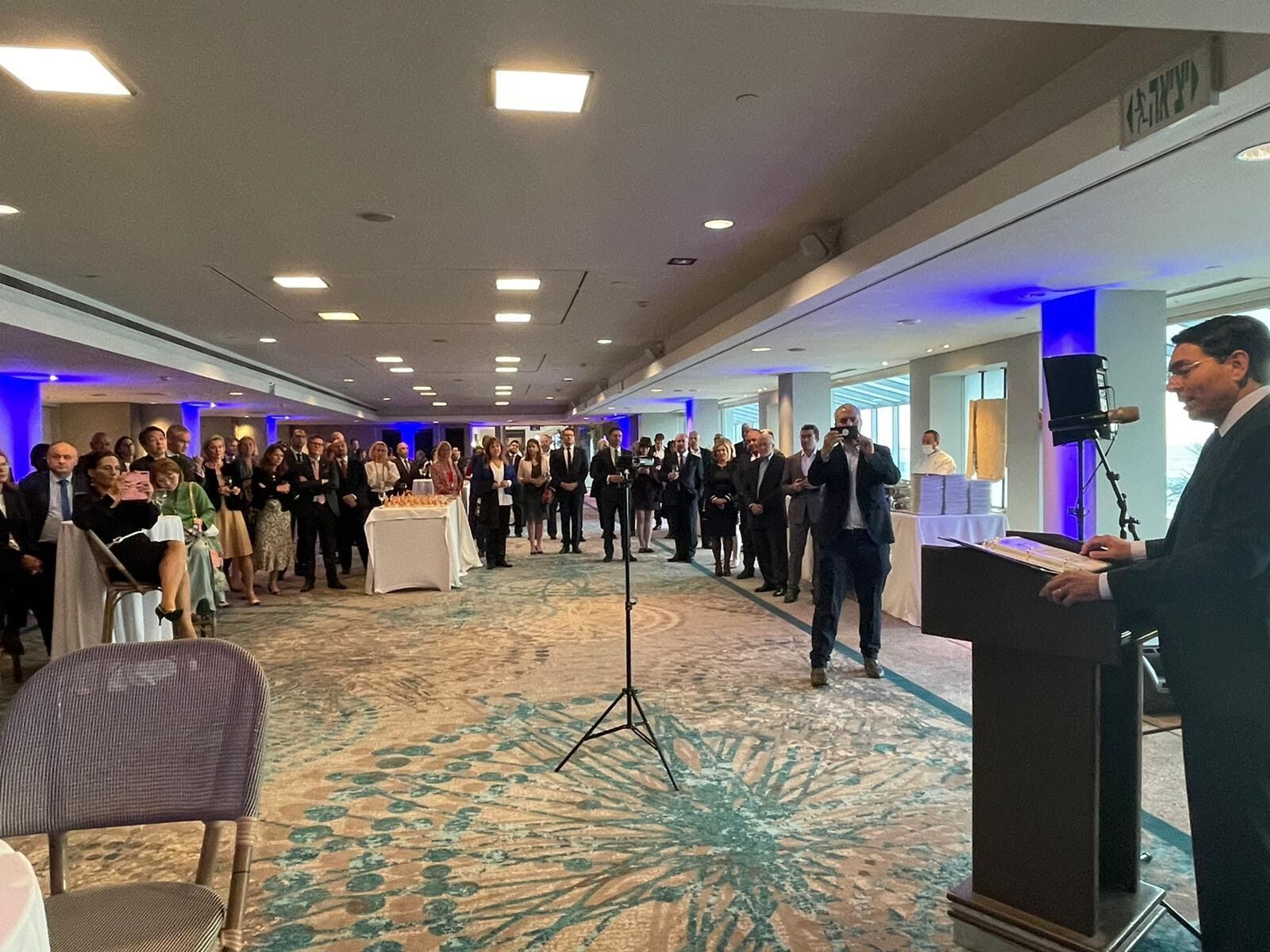 “If the U.S. decides to reenter the JCPOA with no amendments, Israel will take all necessary steps to secure our interests,” former U.N ambassador Danny Danon tells participants.

During the in-person event at the city’s Hilton Hotel, attended by more than 60 ambassadors sationed in the country, Danon addressed Israel’s position on the nuclear talks underway between world powers and Iran in Vienna, and warned that Israel would not be obligated by a return to the original 2015 Joint Comprehensive Plan of Action.

“As we strengthen the bonds with our new friends, we take the threats of our enemies very seriously,” said Danon, alluding first to Israel’s budding relations with Arab countries in the region as a result of the Abraham Accords, and then to the activities of the Islamic Republic and its proxies.

“One of my first meetings in New York [as U.N. ambassador] was with Ellie Wiesel of blessed memory. He told me to pay greater attention to the threats of our enemies than to the promises of our allies. If the U.S. decides to reenter the JCPOA with no amendments, Israel will take all necessary steps to secure our interests,” he added.

The event was held in line with Israel’s “green pass” requirements for individuals who are fully vaccinated against COVID-19 or who have recovered from the virus, according to Danon’s office.