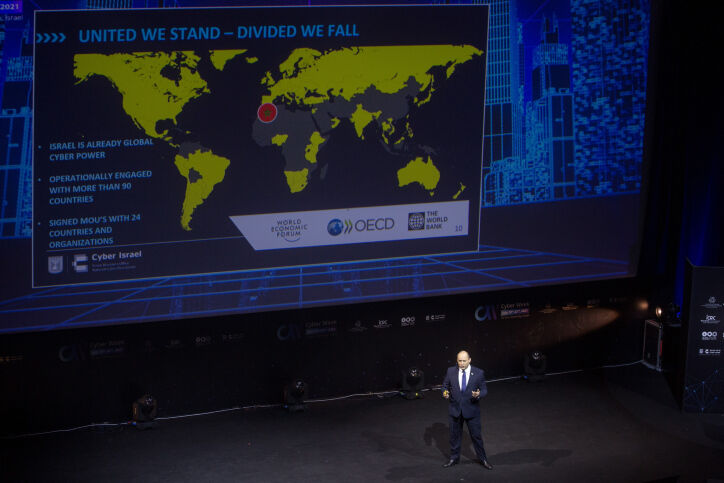 According to the Israel National Cyber Directorate, one in five Israeli businesses and about 47 percent of Israeli high-tech firms suffered a cyber attack in 2020.

Israeli Prime Minister Naftali Bennett called on Wednesday for the creation of a “global defense shield” against cyber attacks.

Speaking at the annual Cyber Week conference at Tel Aviv University, said Bennet, “We have already signed agreements with a dozen countries—instead of each country or company being alone the defense will be integrated. We invite good countries to join us in this initiative,” according to Calcalist.

Israel decided an international effort was needed after reaching the conclusion that recent threats to cyber security were too great for any one country to handle alone, according to the report.

Just prior to Bennett’s address, Yigal Unna, director general of the Israel National Cyber Directorate, presented statistics regarding cyber attacks during the past year, according to which one in five Israeli businesses suffered an online attack in 2020. About 47 percent of Israeli high-tech companies were attacked last year as well. The high numbers are not unique to Israel and were spurred in part by the coronavirus pandemic that led to a jump in cybercrime, according to Calcalist.

“Everything is under attack. Why is that? Because it’s easy,” said Bennett. “If you want to attack, the best, easiest and cheapest method is through a cyber attack. That is why it will increase as time goes on. I believe cyberattacks have become one of the significant threats to world peace.”

The prime minister also spoke of establishing a cyber center in Beersheva.