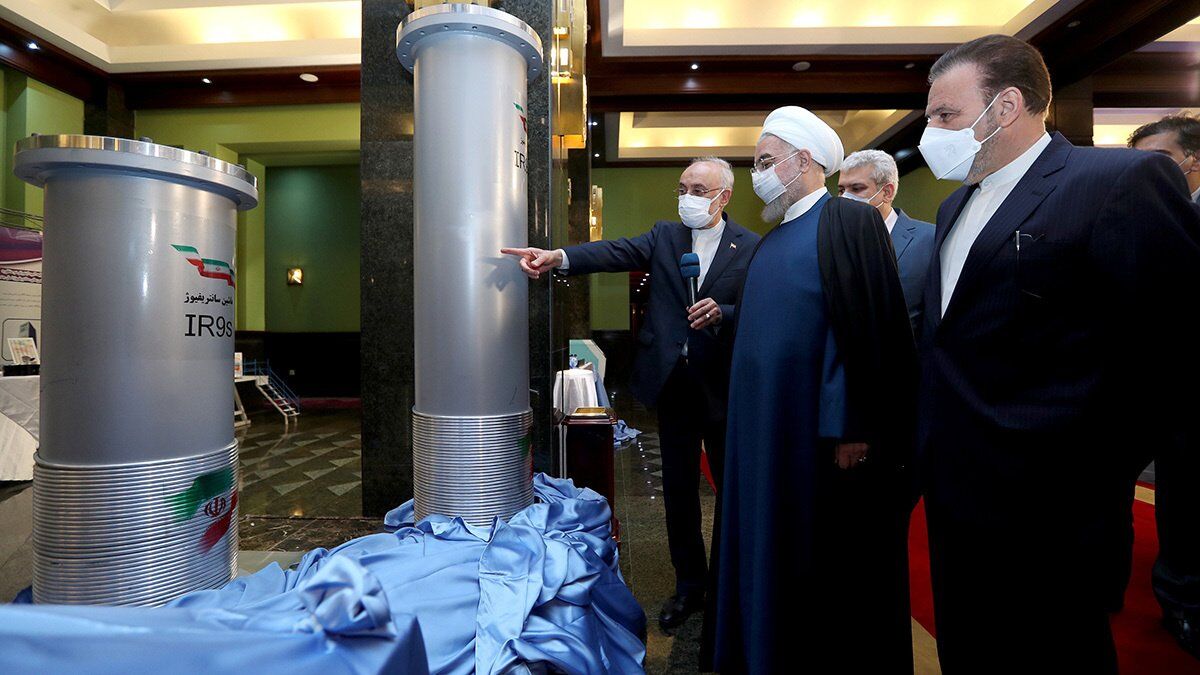 Outgoing Iranian President Hassan Rouhani says that the 2018 Mossad seizure of nuclear documents from Tehran caused the former U.S. president to withdraw from the JCPOA.

“The Israelis took secrets out of the country and gave them to [then-U.S. President Donald] Trump. And President Trump withdrew from the nuclear deal,” said Rouhani.

At a widely-reported press conference in 2018, Netanyahu reported that the Mossad had completed a daring and complex operation in Tehran, which had led to its seizure of 100,000 documents on the Iranian nuclear program.

Netanyahu said at the time that the documents in the archive pertained to Iran’s activities prior to the 2015 Joint Comprehensive Plan of Action (JCPOA) nuclear deal and shed light on what he called Iran’s attempts to dupe the international community about its nuclear aspirations.

On Tuesday, Iranian President-elect Ebrahim Raisi is expected to receive the official blessing of Iran’s supreme leader, Ayatollah Ali Khamenei, in the presence of a number of local dignitaries, as well as several foreign diplomats. On Thursday, Raisi is slated to be sworn in as president. Several dozen foreign envoys are expected to be present at the ceremony.

The United States has expressed concern that once Raisi—considered one of Iran’s more extremist public figures—becomes president, it will become more difficult for Iran and Western nations to hammer out a new nuclear agreement. The final decision about whether or not to rejoin a new deal will fall to Khamenei, however, who is said to be close to Raisi and responsible for his appointment.

Meanwhile, as a number of Western powers are accusing Iran of responsibility for a drone attack on an Israeli-operated ship in the Arabian Sea last week, Iranian Vice President Eshaq Jahangiri said on Monday that Israel “sent people to our oil tankers to blow them up. Twelve of our tankers have been bombed or damaged.”

The New York Times recently ran a report that made similar allegations.