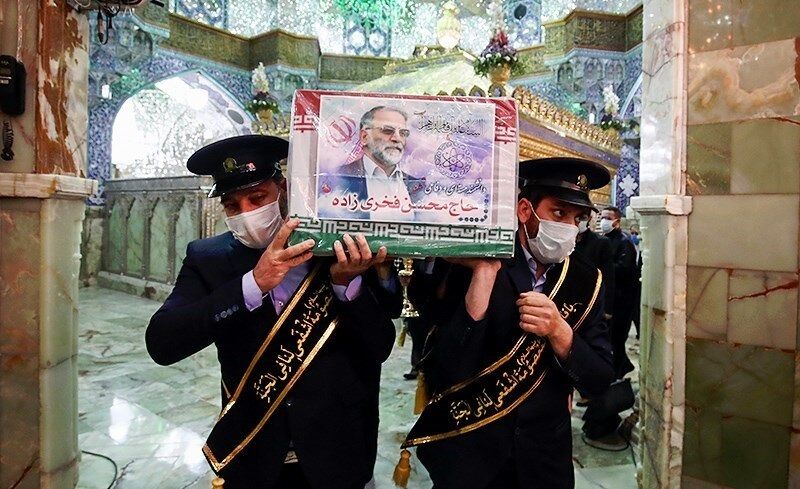 Reports by Iran’s state media that their top nuclear scientist had been gunned down by a remote-controlled robotic assassin where initially viewed with skepticism. However, the New York Times reported Saturday that Mohsen Fakhrizadeh was indeed assassinated last year by a killer robot.

The Times revealed new details of the killing gathered from interviews with Israeli, American, and Iranian officials, including “two intelligence officials familiar with the details of the planning and execution of the operation.”

According to the report, Israel’s Mossad carried out the operation using a special model of the Belgian-made FN MAG 7.62mm machine gun attached to an advanced robotic apparatus.

The high-tech killing machine, composed of approximately one ton of equipment including artificial intelligence and multiple-camera eyes, was smuggled into Iran piece by piece.

It was designed to fit into the bed of a Nissan Zamyad pickup truck. The truck was packed with enough explosives to self-destruct after the mission.

The weapon was operated via satellite from an undisclosed location over 1,000 miles away.

On November 27 of last year, Fakhrizadeh and his wife were traveling in their Nissan Teana sedan from their vacation home on the Caspian Sea to their country house in Absard, east of Tehran, accompanied by a security team in three additional vehicles.

The convoy first passed a fake disabled car about three quarters of a mile from the killer robot. The car contained a hidden camera which allowed the Mossad to identify Fakhrizadeh in the driver’s seat.

As Fakhrizadeh approached a blue Nissan Zamyad pickup truck parked on the side of the road, machine gun fire ripped into his vehicle.

The scientist stopped his car, and another burst of gunfire hit the windshield, wounding him in the shoulder.

Fakhrizadeh then exited the vehicle and took cover behind the open door, where three more bullets tore into his spine.

A confused bodyguard looked around for the shooter while Fakhrizadeh’s wife comforted her dying husband.

Then the pickup truck exploded.

According to the report, the explosion was the only part of the operation that did not go as planned. Instead of completely destroying the killer robot, the bomb hurled most of the system into the air.

The robot fell to ground, damaged beyond repair but still identifiable.