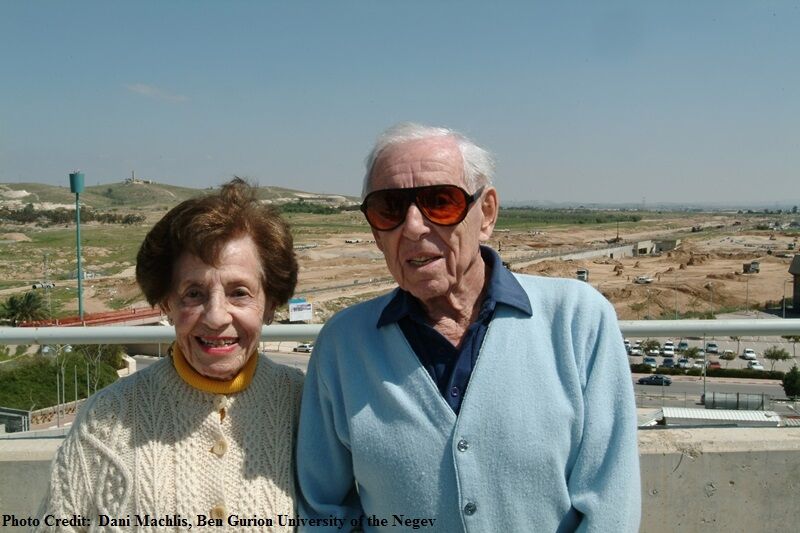 “Who Are the Marcuses?” will start filming in Israel and Austin, Texas, in the first quarter of the year for a 2022 release.

Stone Canyon Entertainment announced the start of production on a documentary about a couple who bequeathed nearly half a billion dollars to Israel—the largest donation in the country’s history.

“Who Are the Marcuses?” will start filming in Israel and Austin, Texas, in the first quarter of the year for a 2022 release, Variety reported last week.

The film will examine the lives of the late Holocaust refugees Howard and Lottie Marcus, who lived in a simple apartment in San Diego and gave $400 million to Ben-Gurion University of the Negev (BGU) in Beersheva after meeting American investor and philanthropist Warren Buffett when he was a graduate student.

A large portion of their gift was dedicated to the university’s Zuckerberg Institute for Water Research, which studies sustainable water usage and desalination. The couple believed that solving the problems of water scarcity and potable water would help lead to peace in the region, JNS has previously reported.

The film’s co-producer, Bradford Schlei, told Variety, “What could be more compelling than a mystery story that explores our generation’s most timely issues: climate change and wealth accumulation? This is that story.”

Caption: Lottie and Howard Marcus at Ben-Gurion University of the Negev in Beersheva. Credit: Courtesy.