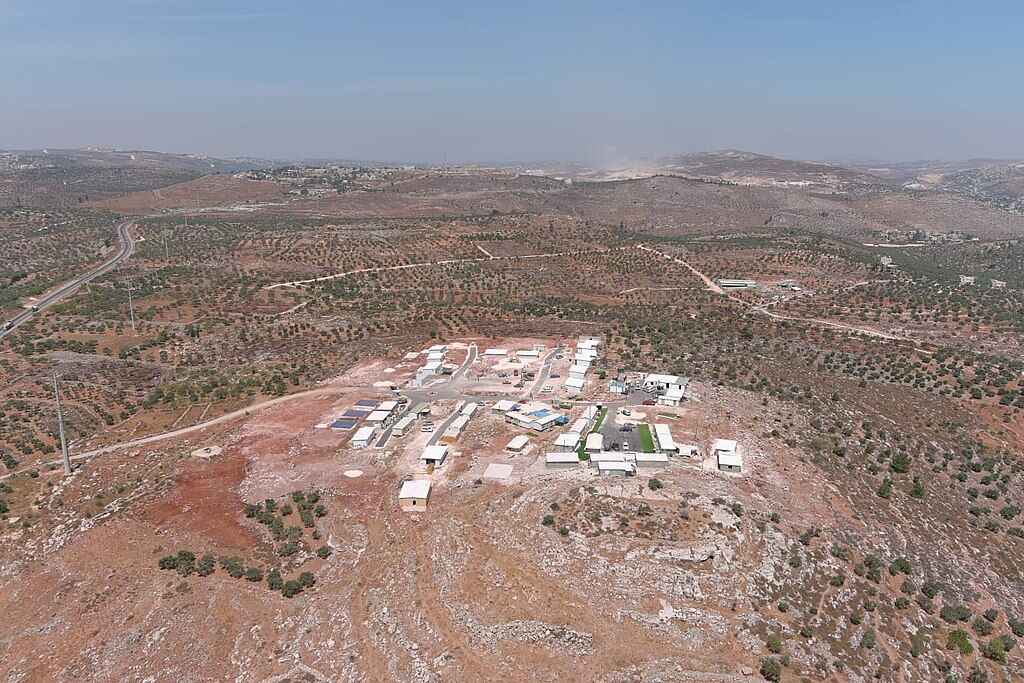 The Israeli government has completed its survey of the land on which a voluntarily evacuated settlement was built and has found that 60 dunam (15 acres) of it comprises state land that can be easily authorized for construction.

The nascent village of Evyatar was first set up in 2013 in reaction to a terrorist murder of Evyatar Borovsky near the Tapuach Junction, and was regenerated in May after a 19-year-old yeshiva student was killed there by a Palestinian in a drive-by shooting. Some fifty families quickly moved to the site, but it quickly became the focus of violent protests by Arabs from a nearby village who claimed that the land was theirs.

The government struck a deal with the Jewish residents in July whereby if they agreed to leave, their temporary dwellings would be left intact and an army outpost set up there while the land was officially surveyed. If it was found that the land was not privately owned by the Palestinian claimants, the families would be allowed to return to establish an officially recognized village and build a yeshiva on the spot, where students would combine army service with Torah study.

Now that at least some of the area is considered public land, the co-heads of the Land of Israel lobby in the Knesset called on Prime Minister Naftali Bennett to keep his promise.

“Since state lands were found at the site, it would be a blatant violation of the agreement and a terrible injustice if the state drags its feet and does not immediately approve the return of the settlers,” MKs Yoav Kish (Likud) and Orit Struck (Religious Zionist Party) said in a statement.

The various relevant government ministries are expected to discuss the issue in the coming week. This includes the Defense Ministry, which by law must sign off on every structure built in Judea and Samaria.

Nachala Settlement Movement head Daniela Weiss already told Arutz 7 last week, “It is clear to [Defense Minister Benny] Gantz and [Foreign Minister Yair] Lapid that Evyatar’s outline needs to be realized…. I hope [the process] will be very quick, and if not, we will make our voices clearly heard. In the meantime, we’re giving credit to Bennett that he can meet a government commitment.”