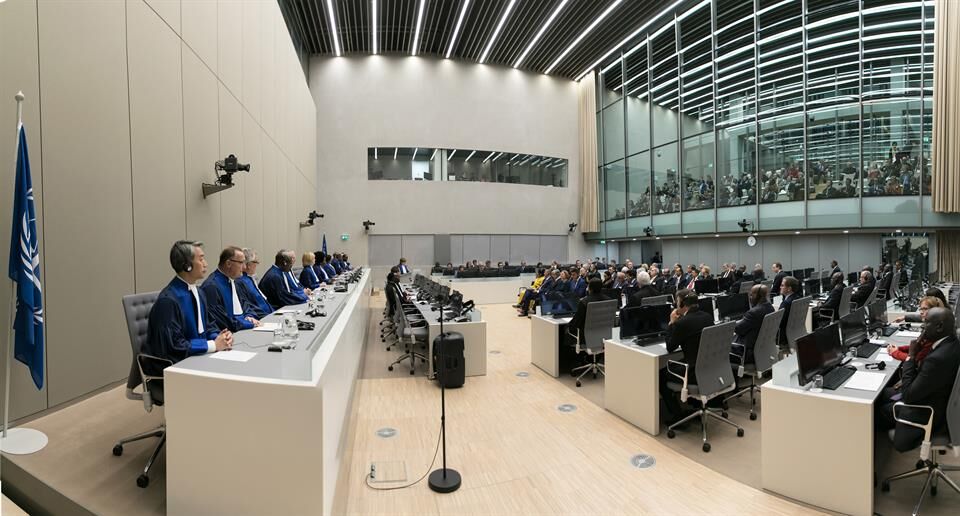 The Hague’s chief prosecutor loses sleep over the issue of the Judea and Samaria settlement enterprise, but has no problem ignoring the gruesome atrocities committed elsewhere in the world.

The decision of the International Court of Justice in The Hague to launch an investigation against Israel affirms Chief Prosecutor Fatou Bensouda’s anti-Israel bias, despite her statements that the investigation will be “independent.”

Bensouda ignored evidence presented to her by Israeli officials on the crimes committed by the heads of Palestinian terrorist organizations since the beginning of the intifada: suicide bombings, systematic indiscriminate shooting of civilians, thousands of missiles fired at civilians—all crimes that under international law are as defined as genocide.

The prosecutor loses sleep over the issue of the Judea and Samaria settlement enterprise, but has yet to even consider promoting any review, let alone an investigation, of the Turkish occupation of northern Cyprus, despite the dozens of complaints filed on the matter with the ICC, and despite the fact that Cyprus is signatory to the Rome Statute from which The Hague derives is power.

Cyprus, in should be noted, joined the ICC upon its inception in the early 2000s, while the Palestinian Authority only joined it in 2015.

Worse, Bensouda has refrained from investigating the grave crimes that have been and are being committed around the world, in Syria, Yemen and elsewhere. True, Syria is not a member of the Roman Statute, but the thousands of jihadists who have gathered there from all over the world—from countries that are party to the ICC treaty—are undoubtedly under The Hague’s authority. So is Yemen.

Alas, genocide, beheadings, kidnappings and rapes, Islamic State’s reign of terror in Syria and Hezbollah’s in Lebanon—none of these is as important as the return of Israelis to the Jewish Quarter in Jerusalem.

Israel has filed dozens of complaints with the ICC over war crimes, which have been consistently and persistently ignored, all while Bensouda had regularly met with pro-Palestinian “rights groups.”

It seems that Palestinian officials have immunity in her court, while Israeli complaints over P.A. leader Mahmoud Abbas’s complicity in Fatah rocket fire on Israel during Operation Protective Edge in 2014 is still pending, as is the Israeli demand that the P.A. be made to cease its pay-for-slay policy.

Bensouda met with Abbas; that is a fact. How is it possible that the chief ICC prosecutor met with an individual against whom complaints on which she has to rule have been filed and discusses them?

The bias continues in her appeal to The Hague to affirm “Palestine’s” membership in the ICC, while fully adopting the Palestinian narrative regarding the Israeli-Palestinian conflict and siding with disputed rulings by political bodies like the United Nations Human Rights Council, or resolutions passed by the U.N. General Assembly, where the pro-Palestinian majority is automatic.

The Palestinian petition also seeks to serve specific political interests. It is not for nothing that the Palestinians sought to investigate the events of Operation Protective Edge starting after June 20, 2014, when three Israeli teens were abducted and murdered by Hamas terrorists. The Palestinians want the tribunal to investigate the final outcome—not the cause for the recovery operation that eventually evolved into the Gaza conflict—and the ICC obliged.

It is also not a coincidence that the ICC’s decision on the investigation came only after a new American president took office, as it was the long reach of the Trump administration and the threat of U.S. sanctions on ICC officials that kept it at bay.

Israel has to pass laws to protect its security personnel from The Hague, similar to the U.S. policy adopted immediately after the establishment of the ICC in 2002, which bars any type of cooperation with it.

Israel must also work with the U.S., which faces the same risk following the ICC’s announcement that it plans to look into alleged American “war crimes” in Afghanistan; and Jerusalem should also work with its allies worldwide, and take a firm stand against any nation that cooperates with the ICC’s investigation. The battle to prevent an investigation has failed. The war for Israel’s vindication has begun.

Caption: The judges of the International Criminal Court and eminent guests at the opening of the ICC judicial year, on Jan. 18, 2018.
Credit: ICC-CPI.